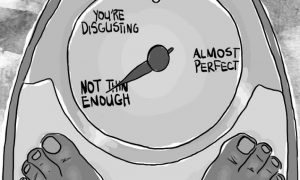 In a society where every one seemingly feels like the best way to be fit is to be thin, adoption of different feeding patterns has led to malnutrition in so many individuals.

The term ‘eating disorder’ doesn’t only relate to food but also to complex mental health condition.

There are 6 types of disorders, their symptoms and management,  that would be highlighted in this article.

They are a group of mental disorder that are marked by an obsession with food or body shape. Mostly prevalent among young women.

This obsession however comes with heavy food restrictions, induced vomiting or stooling and extreme measures during workouts.

Several factors might lead to the development of eating disorders; factors like personality traits, genetics (ongoing research with twins)

Other potential causes might include perceived pressures to be thin, cultural preferences for thinness, and exposure to media promoting such ideals i.e modelling agencies, influencers etc.

1. Anorexia nervosa: A very common eating disorder which makes people obsess about what they eat and their weight.

It is characterised by distorted body weight and an unwarranted fear of being overweight. 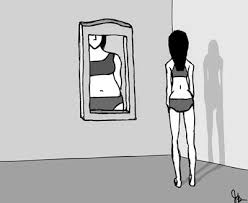 It describes a condition in which a person regurgitates food they have previously chewed and swallowed, re-chews it, and then either re-swallows it or spits it out.

This rumination typically occurs within the first 30 minutes after a meal. Unlike medical conditions like reflux, it’s voluntary.

This disorder can develop during infancy, childhood, or adulthood. In infants, it tends to develop between 3–12 months of age and often disappears on its own. Children and adults with the condition usually require therapy to resolve it.

If not resolved in infants, rumination disorder can result in weight loss and severe malnutrition that can be fatal.

Adults with this disorder may restrict the amount of food they eat, especially in public. This may lead them to lose weight and become underweigh.

6.Avoidant food/ restrictive intake : is a new name for an old disorder.

The term replaces what was known as a “feeding disorder of infancy and early childhood,” a diagnosis previously reserved for children under 7 years old.

Although ARFID generally develops during infancy or early childhood, it can persist into adulthood. What’s more, it’s equally common among men and women.

Individuals with this disorder experience disturbed eating either due to a lack of interest in eating or distaste for certain smells, tastes, colors, textures, or temperatures.

Common symptoms of ARFID include:

It’s important to note that ARFID goes beyond normal behaviors, such as picky eating in toddlers or lower food intake in older adults.

Moreover, it does not include the avoidance or restriction of foods due to lack of availability or religious or cultural practices.

For anorexia nervosa, restoration of normal body weight with the help of a dietitian is adviseable.

For bulimia nervosa, management of any serious physical or health complications.

For binge eating, treating like both anorexia and bulimia and also focusing on psychotherapy.

Eating disorders pose a huge threat to the health of any individual that is involved. So therefore, its highly important you see a health provider; most likely a dietitian before starting any type of diet.