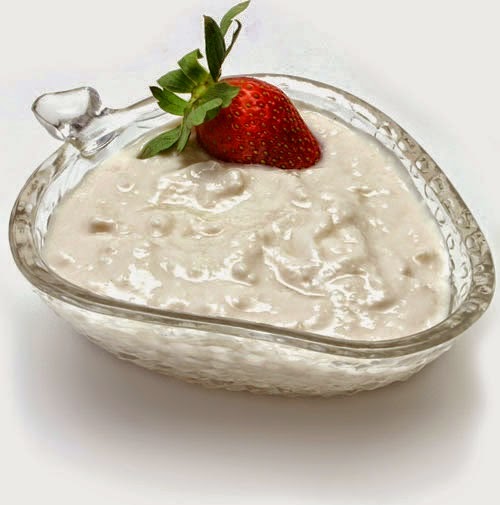 Yoghurt:..hmm, yummy. The one chilled delicacy virtually everyone is allowed is the healthy version of ice cream. The sour stuff owing to its fermentation is filled with probiotics and various nutrients that makes it a healthier alternative to regular ice-cream. Here are the health benefits of yoghurt in full:

1.) Protein
The protein content of commercial yogurt is generally higher than that of milk because of the addition of nonfat dry milk during processing and concentration, which increases the protein content of the final product. It has been argued that protein from yogurt is more easily digested than is protein from milk, as bacterial predigestion of milk proteins in yogurt may occur. This argument is supported by evidence of a higher content of free amino acids, especially proline and glycine, in yogurt than in milk. The activity of proteolytic enzymes and peptidases is preserved throughout the shelf life of the yogurt. Thus, the concentration of free amino groups increases up to twofold during the first 24 h and then doubles again during the next 21 d of storage at 7 °C. Some bacterial cultures have been shown to have more proteolytic activity than do others. For example,L. bulgaricuswas shown to have a much higher proteolytic activity during milk fermentation and storage than doesS. thermophilus, as indicated by elevated concentrations of peptides and free amino acids after milk fermentation.

2.) Yogurt With Active Cultures May Help the Gut
While more study is needed, there’s some evidence that yogurt with active cultures may help certain gastrointestinal conditions, including:
*Lactose intolerance
*Constipation
*Diarrhea
*Colon cancer
*Inflammatory bowel disease
*H. pylori infection
That’s what researchers from the Jean Mayer U.S. Department of Agriculture Human Nutrition Research Center on Aging at Tufts University concluded in a review article. The benefits are thought to be due to:
1.) Changes in the microflora of the gut

2.) The time food takes to go through the bowel.
3.) Enhancement of the body’s immune system (more on this below).
4.) In another recent study, the type of diarrhea that some people get after taking antibiotics was found to be reduced when the study participants drank a drink containing three particular probiotics (L. casei, L. bulgaricus, and S. thermophilus).
3.) Some Probiotic Strains May Boost the Immune System
While much also remains to be learned about probiotics and the immune system, recent studies suggest that certain probiotic strains offer some benefits:
1.) One review article suggests probiotics may help with inflammatory bowel disease by changing the intestinal microflora and lessening the immune system response that can worsen the disease.
2.) Another study indicated probiotics may enhance resistance to and recovery from infection. In research on elderly people, researchers found that the duration of all illnesses was significantly lower in a group that consumed a certain probiotic found in fermented milk. They reported a possible 20% reduction in the length of winter infections (including gastrointestinal and respiratory infections).
3.) Yogurt containing two probiotics, lactobacillus and bifidobacterium, was found to improve the success of drug therapy (using four specific medications) on 138 people with persistent H. pylori infections, according to a recent Taiwanese study. H. pylori is a bacterium that can cause infection in the stomach and upper part of the small intestine. It can lead to ulcers and can increase the risk of developing stomach cancer as well.
4.) Diabetes Prevention:
The mechanisms are not well understood at this point. One hypothesis is that the probiotics in yogurt may help to improve insulin sensitivity and reduce inflammation, but this hypothesis needs to be tested in randomized clinical trials. other theories suggest that it’s simply the high protein content of yogurt that can increase satiety and reduce the sensation of hunger. “Several studies have found that higher yogurt consumption improves body weight.” But there seems to be more going on than just body weight: It could be the magnesium, calcium, or whey in yogurt that leads to improved metabolic health and therefore a reduced risk of diabetes.

5.) A Healthy Microbiome:
A healthy microbiome is not only important for optimal digestion of food and absorption of nutrients, these bacteria also help your body produce vitamins, absorb minerals, aid in the elimination of toxins, and are responsible for a good part of your immune system and mental health, including your ability to resist anxiety, stress, and depression.
5.) Protection against Heavy Metal Poisoning:
One recent study discovered that yogurt containing Lactobacillus rhamnosus can help protect children and pregnant women against heavy metal poisoning. As shown in earlier research, certain microorganisms are particularly efficient at binding to certain toxins and/or chemicals, including pesticides. Here, they found that L. rhamnosushad a preference for binding (and eliminating) mercury and arsenic.
Fake Products: Have You Been Deceived?
Most commercial yogurts are chockfull of artificial colors, flavors, additives, andsugar, typically as fructose (high fructose corn syrup), which actually nourishes disease-causing bacteria, yeast, and fungi in your gut. Since your gut has limited real estate, this smothers your beneficial bacteria and gets you sick.
Sugar also promotes insulin resistance, which is a driving factor of most chronic disease. Virtually all commercially available yogurts usepasteurizedmilk (heated at high temperature) even before it is reheated to make the yogurt itself, and this has its own drawbacks.
The top-rated yogurts are generally VAT pasteurized at relatively low temperatures, and are made from raw milk rather than previously pasteurized milk. While not as advantageous as making yogurt from raw milk in your own home, it’s certainly better than most commercial yogurt.

You Can Easily and Inexpensively Make Your Own Yogurt
Your absolutebestbet, when it comes to yogurt, is to make your own using a starter culture and raw grass-fed milk. Raw organic milk from grass-fed cows not only contains beneficial bacteria that prime your immune system and can help reduce allergies, it’s also an outstanding source of vitamins (especially vitamin A), zinc, enzymes, and healthy fats. Raw organic milk is not associated with any of the health problems of pasteurized milk such as rheumatoid arthritis, skin rashes, diarrhea, and cramps.
While delicious as is, you could add a natural sweetener to it. Mark suggests whole food sweeteners such as raw organic honey or maple syrup, for example. You can also add flavor without sweetening it up by adding some vanilla extract, or a squirt of lime or lemon juice. Whole berries or fruits are another obvious alternative. Just be mindful not to overdo it, especially if you’re insulin or leptin resistant.
Tags : Health Benefits of Yoghurt
previous article