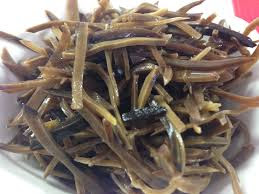 According to the study published recently in Pakistan Journal of Nutrition, the mineral content of the analysed samples showed that African oil bean seeds were rich in iron of value 140.97 mg/100 g. The analysis indicates that potassium is the most abundant mineral. The high calcium/potassium (Ca/P) ratio indicates that African oil bean seed is a very good food source. The researchers concluded: “The result of the analysis shows that African oil bean seed is rich in protein and it could be used as alternative source of protein in diet/protein supplement especially in under developed countries such as Nigeria. This study also revealed that African oil bean seeds have high available energy and high fat content. This study revealed that African oil bean sample is rich in iron when compared to Recommended Daily Allowance. These oils had higher inhibition than has been reported for palm kernel oil. These oils can serve as alternative sources of ointment for maintenance of the skin and management of wounds in addition to the usual palm kernel oil. In addition, research has shown that the use of this type of inhibitory agent does not result to development of resistance organisms. There is need for further investigation of the oils of under-utilised seeds in order to employ them in the production of ointments for wound disinfection and management. ”
Nutrients:
African oil bean seeds contain up to 44 percent protein, with all twenty essential amino acids. The seeds also contain essential fatty acids within the seed oil, as well as many minerals, particularly magnesium, iron, manganese, copper, phosphorus and calcium, and trace amounts of vitamins. However, the fermentation process decreases the bean’s levels of vitamin and minerals to the point where no phosphorus is found in ugba. The fermented ugba deteriorates rapidly and can spoil within two weeks of production.

Benefits:
African oil bean seed contains saponins, or phytochemicals found in most vegetables, beans and herbs, which have been linked to lower cholesterol levels, although the fermentation process may reduce these levels. John Ifeanyi Chidozie, MDcv., MFR, with the University of Nigeria, presented a paper at the UICC World Cancer Congress in 2006 claiming that patients who regularly consumed fermented oil bean seeds had a reduced risk of cancer and tobacco-related diseases. Research by P.A. Akah and colleagues in Nigeria, published in June 1999 in Phytotherapy Research, found that oil bean seed extracts were effective as antimicrobials and antispasmodics, as well as useful for treating diarrhea.
1. Heart Disease:
Heart disease or cardiopathy is an umbrella term for a variety of diseases affecting the heart such as Coronary heart disease, Cardiomyopathy,Cardiovascular disease, Ischemic heart disease, Heart failure, Hypertensive heart disease, Inflammatory heart disease,Valvular heart disease. African researchers discovered that the fermented seed known as Ugba in Eastern part of Nigeria could be used to prevent and cure heart failure.So,it has both preventive and curative ability and that is why is, you need to go for it because heart failure is no 1 killer disease; is on record.
2. Diarrhea:
Diarrhea is an increase in the frequency of bowel movements or a decrease in the form of stool (greater looseness of stool). Some of the symptoms include: crampy pain in the abdomen, the area between the chest and the hips, swelling in the abdomen, an uncomfortable feeling around the anus etc. For an effective remeny, extract the leaf of this African Oil bean,mix the liquid with tea spoon of lime juice and ingest about 300mls.
3. Epilepsy:
This is a neurological disorder marked by sudden recurrent episodes of sensory disturbance, loss of consciousness, or convulsions, associated with abnormal electrical activity in the brain. This African oil bean corrects such neurological disorder not immediately but with two or three years. Ferment a handful of the sliced seeds for three or four days, use fish oil to prepare the delicacy; try to eat it once a week for two or three years and that will correct the neurological disorder. 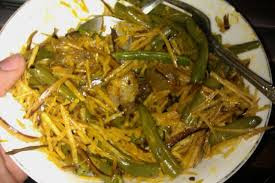 4. Insomnia:
The most common causes of it are medications, psychological conditions (for example, depression, anxiety), environmental changes (for example, travel, jet lag, or altitude changes), and stressful events. You can easily solve this problem by mixing the liquid of the fermented seed with honey; take one spoon every day for two weeks and you will sleep like a baby.
5. Anti-microbial and wound healing agent:
African oil bean seed is a very good anti-microbial agent and it takes care of microbial related diseases. It boosts immune system and makes wounds to heal quickly. African oil bean seed oil has shown great promise as antimicrobial and wound healing agent. Nigerian researchers have demonstrated how African oil bean seed, African star apple oil and avocado pear oil inhibited the growth of Staphylococcus aureus, Staphylococcus epidermidis, Escherichia coli, Proteus mirabilis and Pseudomonas aeruginosa. The study titled “The antimicrobial effect of oils from Pentaclethra macrophylla, Chrysophyllum albidum and Persea gratissima on some local clinical bacteria isolates ” was published in African Journal of Biotechnology. The researchers include Ugbogu O. C. and Akukwe A. R. of the Department of Microbiology, Abia State University, Uturu, Abia State,Nigeria.
6.Mineral Deficiencies:
According to the study published recently in Pakistan Journal of Nutrition, the mineral content of the analyzed samples showed that African oil bean seeds were rich in iron of value 140.97 mg/100 g. The analysis indicates that potassium is the most abundant mineral. The high calcium/ potassium (Ca/P) ratio indicates that African oil bean seed is a very good food source. The researchers concluded: “The result of the analysis shows that African oil bean seed is rich in protein and it could be used as alternative source of protein in diet/ protein supplement especially in under developed countries such as Nigeria. This study also revealed that African oil bean seeds have high available energy and high fat content. This study revealed that African oil bean sample is rich in iron when compared to Recommended Daily Allowance (RDA) standard. “Iron is required for blood formation in the body and the normal functioning of central nervous system. The presence of calcium, magnesium and phosphorus would make African oil bean seed suitable for bone formation for children since the deficiencies of these minerals could lead to abnormal bone development. The high calcium/ phosphorous (Ca/P) value indicates that African oil bean is a very good food source. ”
7. Eye defect:
The consumption of good amount of African Oil beans lowers the chances of developing cataracts. A cataract is a clouding that develops in the crystalline lens of the eye or in its envelope, varying in degree from slight to complete opacity and obstructing the passage of light. Not only can African Oil beans help to relieve the impaired vision that one suffers through as a result of cataracts, but it can help in the prevention as well.
8.Anaemia:
The rich mineral composition of fermented seed makes it a good, low-cost source of protein. Increased intake of the seed as food increases haemoglobin values in test animals according to the Journal of Nutrition and Wellness. Increased oxygenation of tissue enhances specific hormones that stimulate the production of red blood cells important in proper cardiac function. More importantly, African oil bean seeds are rich in iron (140.97 mg/100 g)when compared to Recommended Daily Allowance of iron.According to the Food and Nutrition Information Center of the USDA, the Recommended Dietary Allowance (RDA) for iron is 8 mg per day for males ages 19 and older, 18 mg per day for women between the ages of 19 to 50, and 8 mg per day for women ages 51 and older. However, the RDA for iron in pregnant women is increased to 27 mg per day.
Considerations:
African oil bean seed and the fermented ugba can be found in specialty African food stores in the United States and Europe. To help avoid the problem of rapid spoilage, the products are often found wrapped in airtight cellophane or in frozen form. When first sliced, the ugba will be grayish-white, but after fermentation it turns dark brown. If you buy the seeds, you’ll need to boil them for up to 18 hours, slice them into thin strips, and then wash and ferment them for three to four days before use.
Warning
In a few studies, unfermented African oil bean seeds were found to contain traces of a poisonous alkaloid known as paucine, as well as small amounts of caffeoylputrescine, a growth depressant. Bacteria such as E. coli and Staphylococcus aureus, as well as molds that can produce mycotoxins in foods, have also been isolated in African oil bean seeds, but these substances are believed to be neutralized during the cooking and fermenting process.
read more