Health Benefits of Probiotics for Men

Taking a probiotic supplement is one of the best things you can do for your body. The special microorganisms that we call beneficial bacteria dwell in your gut (intestinal tract) where they help maintain a healthful, balanced environment that is critical for overall health and prevention of disease.

Although you can get probiotics from fermented foods such as yogurt, kefir, sauerkraut, and kimchee—and you should enjoy these foods–many men find that taking a high-quality probiotic supplement makes the most sense.
As a dietitian, I usually recommend whole foods for better health (for obvious reasons). So why in this case do I recommend a supplement?
One major reason is you know you are getting large amounts of many different beneficial bacteria. The prebiotic benefit you get from selected foods is helpful, but it feeds the bacteria you have. It doesn’t provide a sufficient amount of active bacteria, nor the varieties that your body and mind need, for optimal function and well-being.
Also, if the foods have been pasteurized or processed, the likelihood of getting a viable prebiotic effect is even less.
What are those benefits? Here are some reasons men should take probiotics:
Prevent and Treat Antibiotic-Associated Diarrhea:
A 2010 review from the Cochrane Collaboration concluded that probiotics shorten episodes of acute infectious diarrhea. And in 2011, a Health Canada monograph stated that products containing certain probiotics (such as Lactobacillus rhamnosus GG) help manage acute infectious diarrhea and antibiotic-associated diarrhea.
Help Lower Cholesterol: 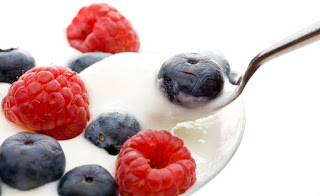 Recent Research:
Lately, probiotics have become pretty well-known in media health reports as crucial bacteria and yeasts that thrive in, and benefit, your digestive system. Unlike the bad bacteria that can cause colds and other diseases, probiotics are the good guys; the beneficial bacteria that are necessary to maintaining good health.
Probiotics help treat irritable bowel syndrome, infectious diarrhea, (potentially) some skin conditions, as well as aiding oral health. They’re often found in Greek yogurts and can also be ingested in supplement form to help maintain balance in your gut. While plenty of research shows their value in keeping your gut healthy, there hasn’t been enough research looking into their overall health benefits. But now scientists are beginning to grasp what those are.
A new study out of the Leiden Institute of Brain and Cognition at Leiden University in the Netherlands suggests that probiotics may actually aid in improving mood. They might be a good way to fight anxiety or depression, or simply make you feel better after a bad day.
The researchers examined 40 healthy young adults who had no mood disorders. Half of them consumed a powdered probiotic supplement every night for four weeks. The probiotic supplement was called Ecologic Barrier, and contains eight types of bacteria, such as Bifidobacterium, Lactobacillus, and Lactococcus (these three types of bacteria that have been shown in the past to mitigate anxiety and depression). The other half of the participants took a placebo, although they thought they were taking probiotics.
The people who took probiotic supplements began to see improvements in their moods; they reported less reactivity to sad moods than those who took placebos. In other words, the people who took probiotic supplements were better able to overcome sad moods than the others, and thus had fewer depressive thoughts following bouts of sadness.
The Second Brain and the Gut-Brain Connection:
Scientists have announced that humans have two brains, andprobioticsplay a significant role in both of them. The second brain is actually known as the enteric nervous system and is found in your gut. More specifically, it is made up of groups of neurons living in the walls of the nine meters that make up your gut, from your esophagus to your anus. This second brain contains more neurons than your spinal cord or your peripheral nervous system. In fact, the second brain contains 95 percent of the serotonin in your body (the neurotransmitter also in your other brain that is responsible for mood and some behaviors). The two brains communicate by sending signals via the vagus nerve, the super highway that runs between the head brain and the stomach. The second brain contains more than two dozen other neurotransmitters also present in the head brain.
Research thus far into the gut-brain relationship has suggested that taking probiotics can have a positive effect on behavior, mental outlook (i.e., depression, anxiety), and brain function. One such study was done in a group of 36 healthy women who were divided into three groups. One group consumed yogurt containing probiotics for 4 weeks, one ate yogurt without probiotics, and one was a control. The probiotics included L. bulgaricus, L. lactissub sp Lactis,B. animal is sub sp Lactis, and S. thermophiles.
“…taking probiotics can have a positive effect on behavior, mental outlook (i.e., depression, anxiety), and brain function..”
After undergoing magnetic resonance imaging (MRI) of the brain and participating in emotion recognition tests, the researchers found that women who regularly ate yogurt with probiotics showed positive changes in brain function related to emotions and sensory processing.
As a group of experts have noted in a series of recent articles in Gut Pathogens “despite the advances in the area of gastrobiological psychiatry, it becomes clear that there remains an urgent need to explore the value of beneficial microbes [i.e., probiotics] in controlled clinical investigations.”
Side effects:
Probiotics are considered safe overall for healthy people; short-term side effects may include mild gas and bloating. But keep in mind that if they do have physiological effects, these may not always be good effects. Some may, at least in theory, overstimulate the immune system or adversely affect metabolic pathways such as carbohydrate metabolism. If you are immune-compromised, have certain bowel problems or are seriously ill in other ways, avoid probiotics unless your doctor has okayed their use. Probiotics should be used cautiously by pregnant women, infants and young children and never given to premature infants.
Source:
Steenbergen L, Sellaro R, van Hemert S, Bosch J, Colzato L. A randomized controlled trial to test the effect of multispecies probiotics on cognitive reactivity to sad mood.Brain, Behavior, and Immunity, 2015.
http://www.prostate.net/2014/latest-news-articles/probiotics-mens-health-essential-daily-men/#sthash.uEdFYO6H.dpuf
read more