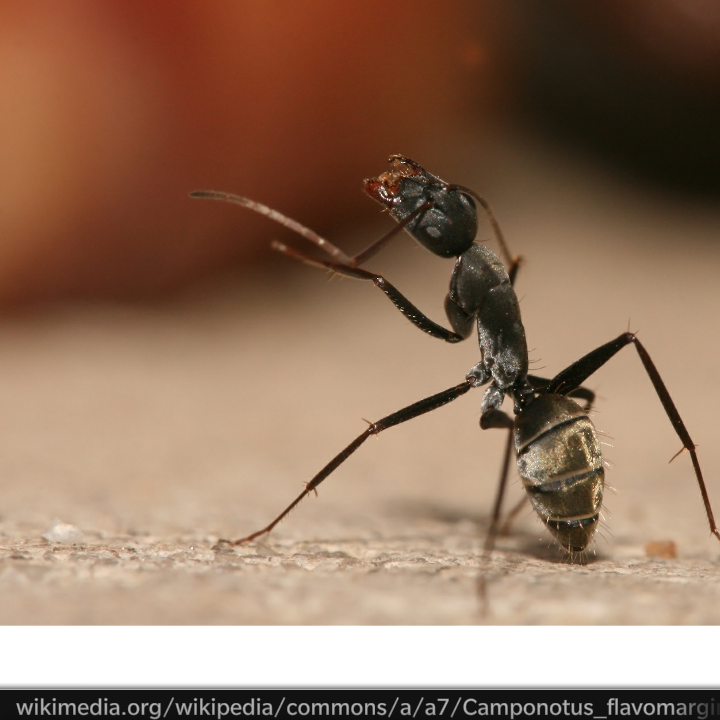 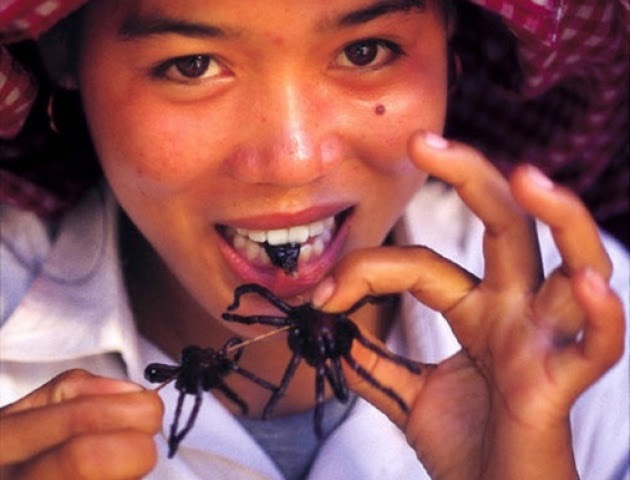 Lol, Wierd topic right?, I know!.. the thing is I used to keep my beverage container somewhere on a a cabinet and wake up each morning to a deluge of ants. My friend came visiting and complained bitterly, and I laughed and jokingly told him “eat it, it’s protein” (my mum used to say that to me). But then I stopped to really think of it, and decided to find out what exactly ants and bugs in general have to offer. Well,if you tend to shoo the ants away when you’re having a picnic, perhaps you should invite them onto the blanket as part of your meal. The protein of many species rivals that of meat in both content and quality, according to a 200-page report the Food and Agriculture Organization (FAO) of the United Nations released last May. Insects also provide iron,zinc, copper,potassium, B vitamins and other micronutrients, as well as healthy fats and fiber (chitin)
Protein:
Red ants still boast relatively high protein levels, like other insects, but they also have less fat than some high protein fish, like salmon. The Mormon cricket is equivalent to soy protein. Other investigators have obtained similar results with a variety of insects in feeding trials with poultry .On the other hand, whole insects as a source of protein are of somewhat lower quality than vertebrate animal products because of the indigestibility of chitin.. Despite this, studies conclude that, ‘the consumption of mopanie caterpillars can to a substantial degree supplement the predominantly cereal diet with many of the protective nutrients’. Removal of chitin increases the quality of insect protein to a level comparable to that of products from vertebrate animals. In general, insect protein tends to be low in the amino acids, methionine/cysteine; but it is high in lysine and threonine, one or both of which may be deficient in the wheat, rice, cassava and maize-based diets that are prevalent in the developing world.
Fat:
Malnutrition in developing countries is as much, or more, a problem of calorie deficiency as of protein deficiency. Insects vary widely in fat (and, thus, energy) content. Isoptera (termites) and Lepidoptera (caterpillars) rank among the highest in fat. Cholesterol levels in insects vary from low (e.g. none in the edible leaf-cutter ant) to approximately the levels found in other animals (1 mg sterol g- 1 tissue), depending on species and diet. Insect fatty acids are similar to those of poultry and fish in their degree of unsaturation, with some groups being rather higher in linoleic and/or linolenic acids, which are the essential fatty acids. Termites are a good source of heart-healthy unsaturated fats, and about 49 percent of their body composition contains these beneficial nutrients.
Vitamins and Minerals:
The Caterpillar has been found to be a rich source of iron, copper, zinc, thiamin (vitamin BJ and riboflavin (B2); 100g of cooked insect provided > 100% of the daily requirement of each of these minerals and vitamins. Winged adults of the termite are high in magnesium and copper, and the palm weevil larva,Rhynchophorus phoenicisF., in zinc, thiamin and riboflavin. The high content of iron and zinc in many edible insects is of particular interest. Iron deficiency is a major problem in women’s diets in the developing world, particularly among pregnant women, and especially in Africa. Vegetarians everywhere are at risk of zinc deficiency. A serving of the mopane caterpillar supplies between 31 and 77 milligrams of iron according to the Food and Agriculture Organization of the United Nations. The mopane caterpillar also supplies about one-fourth of the potassium you need each day, as well as 100 percent of the copper you require.
Fibre:
Chitin comprises 10% of whole dried insects. It is a carbohydrate polymer found in invertebrate exoskeletons, protozoa, fungi and algae, and is being called the polymer of the future because of its abundance, toughness and biodegradability. Numerous applications of chitin and its derivatives (especially chitosan) are being found in medicine, agriculture and industry . In fact, chitin from shells of lobsters, crabs and crayfish has been approved by the Japanese for use in cereals as a source of fibre and calcium. If protein concentrates from dechitinized insects should become acceptable and produced on a large scale, the chitin by-product could be of significant value as a fibre source.
Other Uses: Malnutrition in Focus.
Director of pediatric nutrition at theUniversity of Alabama at Birmingham, Franklin has argued that since low calories and low protein are the main causes of death for approximately 5 million children annually, insect protein formulated into a ready-to-use therapeutic food could have potential as a relatively inexpensive solution tomalnutrition.In 2009, Dr. Vercruysse from Ghent University in Belgium proposed that insect protein can be used to generate hydrolysates, exerting both ACE inhibitory and antioxidant activity, which might be incorporated as multifunctional ingredient into functional foods. Additionally, edible insects can provide a good source of unsaturated fats, thereby helping to reduce coronary disease.Insects are healthy, nutritious alternatives to mainstream staples such as chicken, pork, beef and even fish,” according to the U.N. They have high feed-conversion efficiency an animal’s capacity to convert feed mass into increased body mass and they emit relatively few greenhouse gases and relatively little ammonia.
read more