Effect of Potatoes on Diabetes 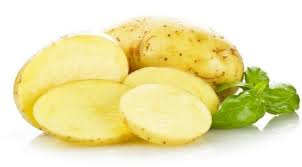 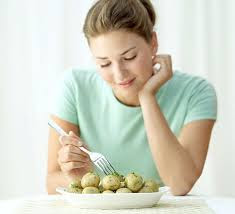 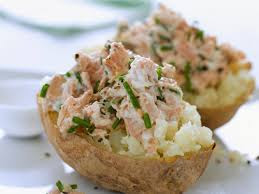 The best way to eat a potato is in its whole, unprocessed form,” she said. Baking a potato is the best way to prepare it, as baking, or microwaving, a potato causes the lowest amount of nutrients to be lost, she said.
The next-healthiest way to cook a potato is through steaming, which causes less nutrient loss than boiling. Cooking a peeled potato in this way results in significant nutrient loss, as the water-soluble nutrients leach out into the water.
In a potato, those water-soluble nutrients include B-complex vitamins, vitamin C, potassium and calcium. As much as 80 percent of a potato’s vitamin C may go down the drain if you boil the vegetable. The same thing can happen with peeled potatoes that are left to soak, a method used to stop darkening. If you use the water from the potato boil as stock, however, you’ll still get some of the nutrients.
However you cook a potato, try to eat the skin. Ounce for ounce, the skin contains more nutrients — including the majority of the vegetable’s fiber — than the rest of the potato
Potatoes and Diabetes:
Glycemic Index:
Potatoes have a GI value that ranges from 65 to 80 which is considered high. By comparison table sugar (sucrose) has a GI of 63, white bread has a GI of 71, whole meal bread a GI of 60, and brown rice a GI of 55.
Interestingly the method of cooking and variety of potato can affect the GI value of potatoes greatly. Newer potatoes tend to have lower GI values than older potatoes. Waxy potato varieties such as Red Norland, Yellow Finn, and Red Pontiac have lower GI values than floury potato varieties such as Russet Burbank and Norgold Russet.
A 2005 study published in The Journal of the American Dietetic Associationlooked at the effect of cooking method on the GI index of potatoes. The researchers found that mashed and boiled potatoes had the highest GI values (85-90). Baked, roasted, or microwaved potatoes had moderate GI values (70-80), while boiling red potatoes, refrigerating overnight, and eating them cold the following day resulted in a GI value of just 56.
Diabetics may also benefit from eating potatoes with the skin on. Potatoes with skin have almost twice the amount of fibre as the flesh by itself. Fiber is important for diabetics because it helps slow the digestion of food, preventing large spikes in blood sugar. Furthermore, although not a significant source of nutrients itself, the potato skin can help prevent the leeching of nutrients into the water when potatoes are boiled.
Carbohydrate Content:
A medium sweet potato contains 26 grams of carbohydrates, of which 3.8 grams are dietary fiber, while a cup of mashed sweet potatoes has 58 grams of carbohydrates and 8.2 grams of fiber. Fiber, which is part of the total carbohydrate content, does not elevate blood sugar levels and can be subtracted from the total grams of carbohydrates to have a better idea of the blood sugar-rising potential of a food. In the case of a baked sweet potatoes, subtract the 3.8 grams of fiber from the 26 grams of carbohydrates to determine that they contain only 22.2 grams of available carbs per serving. With mashed, sweet potatoes, subtracting the 8.2 grams of fiber from the 58 grams of carbs gives you a total of 49.8 grams of available carbs per cup. If you are carb counting to control your diabetes, use available carbs to be more accurate.
Serving Size:
The American Diabetes Association recommends that you consume no more than 45 to 60 grams of carbs per meal, which means that you can easily include sweet potatoes as part of your diabetic meal plan. For example, you could have a medium sweet potato, providing 22.2 grams of available carbs along with other foods that are free of carbohydrates like chicken or salmon, broccoli and butter. Add a serving of plain yogurt and berries to get a total of up to 45 to 60 grams for your meal.
Sources for Further Studies:
http://healthhubs.net/diabetes/should-diabetics-eat-potatoes/
https://www.organicfacts.net/health-benefits/vegetable/health-benefits-of-potato.html
http://www.google.com.ng/url?q=http://m.livescience.com/45838-potato-nutrition.html&sa=U&ved=0CA0QFjAAahUKEwiMh92x1oDHAhWmltsKHermBLA&sig2=YPO294FXFajGbP2OBBzpfA&usg=AFQjCNEM2nlP7u4qVlxrkVOQc261AEoCgA
read more