FOODS THAT STOP YOU FROM EATING 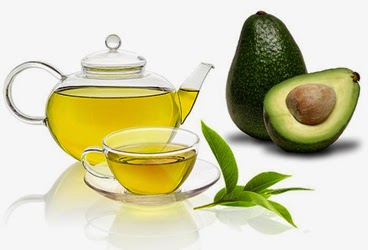 When your stomach is empty, it produces a hormone called ghrelin that causes hunger. Think of ghrelin like the gremlin that is sabotaging your weight loss efforts. If you let yourself go hungry, your cravings will be too intense to resist!The trick is to stay full. The way to get rid of the “ghrelin gremlin” is to eat wholesome foods that suppress your appetite
An Apple a Day:
Avoid extra visits to your doctor due to unbalanced blood sugar. Soluble fiber in apples, called pectin, reduces the amount of sugar and calories that’s absorbed into the bloodstream after a meal. That’s good news for folks who want to prevent type 2 diabetes, but it also makes apples one of the best snacks for dieters. Apple pectin prevents spikes in blood sugar that lead to increased fat storage. It will help you avoid the blood sugar “crash” that leaves you craving more food.
Fiber:
Fiber is a type of carbohydrate you can’t digest. This is great news for weight loss because it meansfiberhas no calories. One of the richest sources of insoluble fiber is wheat bran. Fill up your stomach with a large glass of water and 1 or 2 tablespoons of bran and you will stop the release of the hunger hormone ghrelin for approximately an hour (results will vary depending on the person). Bran absorbs water and moisture in the stomach, becoming a sponge. It physically expands in the stomach and makes you feel full, so you will eat less. Start off taking small amounts and gradually increase the dose depending on how your body responds.
Almonds:
Just a handful of almonds is a rich source of antioxidants, vitamin E, and magnesium. Almonds have also been shown to increase feelings of fullness in people and help with weight management, according to a study presented at The 2006 Obesity Society Annual Scientific Meeting.
Ginger Roots:
ginger root for its amazing digestive powers. Whether it’s in a smoothie or in an Indian dish (sorry, ginger ale doesn’t count!), ginger works as a stimulant that energizes the body and improves digestion, thereby making you less hungry.
Green Tea: Green tea can help you to stop mindlessly snacking, and nutritionists say that the catechins in green tea help to inhibit the movement of glucose into fat cells, which slows the rise of blood sugar and prevents high insulin and subsequent fat storage. And when your blood sugar is more stable so is your hunger! Green teacontains an amazing phytonutrient called EGCG (epigallocatechin gallate) that increases the hormone CCK (cholecystokinin), which is responsible for creating the feeling of satiation. Feeling full between meals is the greatest weapon against the battle of the bulge. EGCG also stimulates your metabolism by activating thermogenesis, which means your cells are burning energy–including fat! In the short-term, this may help you feel satiated for 2-4 hours, depending on what kind of meal you ate recently. Over the long-term, if you drink green tea daily, it will help prevent storage of excess fat and improve your body’s fat-burning ability. Because it also affects your appetite-regulating hormones, it can change how your body metabolizes food and handles cravings.
Get spicy:
According to recent research published in the journal Physiology & Behavior, just half a teaspoon of cayenne pepper can boost metabolism and cause the body to burn an extra 10 calories on its own. Not to mention that for those who don’t regularly eat spicy meals, adding cayenne pepper cuts an average of 60 calories from their next meal. Do that at two meals a day for a month and you’ll lose 4 pounds without even trying!
Eggs:
Studies have shown that eating an egg or two for breakfast can help dieters feel more full over 24 hours than if they eat a bagel with the same amount of calories. In the same study, those who ate eggs ingested an average of 330 fewer calories over the course of a day than the bagel-eaters. Food for thought, no?
Potatoes:
According to food scientists, potatoes contain a special type of starch that resists digestive enzymes, making them stay in your stomach longer and therefore keep you full. Plus, they’re full of vitamin A and vitamin C
Protein:
Protein is known for suppressing appetite, but it seems that whey protein is especially good at it. New research shows that after people have a liquid meal with whey protein they consume significantly fewer calories at their next meal than those who had a liquid meal with casein protein. Stock up on whey protein at your local natural foods store to reap this benefit!
Red Wine:
Many people have heard about the health benefits of red wine. When you ferment red wine long enough, it becomes red wine vinegar. And while you wouldn’t want to drink a glass of red wine vinegar, it’s still a healthy, appetite-suppressing addition to your meal. Acetic acid, the active ingredient in vinegar, helps keep food in the stomach for a longer period of time, so release of the hunger hormone ghrelin is delayed. Vinegar also improves digestion, and it helps you feel full faster and for a longer period of time. Acetic acid also helps prevent spikes in blood sugar following and will lower the glycemic index of many foods. Red wine vinegar contains nutrients such the antioxidant resveratrol that has been shown to protect the heart.
read more