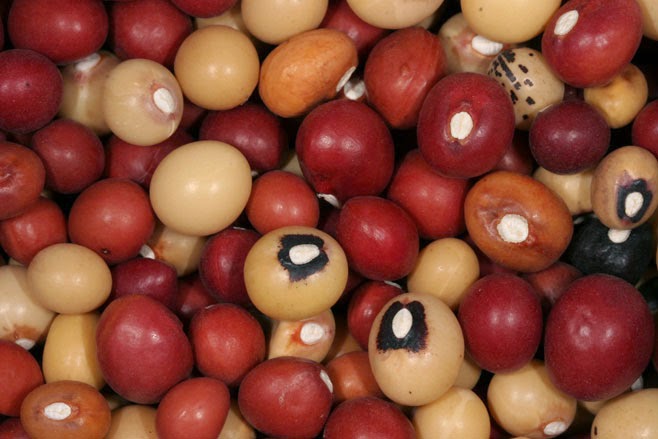 I remember back in the day, in the den Okpa was a major delicacy. A sure cure to hunger, palatable with minerals, tea and bread or just like that on the go. In Eni-Njoku hostel particularly, I remember boys lining up before the okpa seller early in the morning before lectures just to treat their tummies to the Nsukka delicacy. Yes, it did originate from there. Well, either that or they prepared it enviably well. I always knew by virtue of my profession that it is a very rich food especially it’s amino acid profile. Now, I want to introduce this Eastern Nigerian delicacy formally with a hint into everything it has to offer, good and bad.

1.) Reduces danger of stomach cancer
The antioxidant properties of the fatty acids in the Bambara groundnuts have the capacity to suppress the production of carcinogenic substances in the stomach. Hence, it prevents from any damage to the mucus lining of the stomach, it prevents irritation caused to the same due to the carcinogenic substances and hence, it helps in lowering the risk of stomach cancer.
2.) Antimicrobial action
Bambara groundnut milk is more easily acceptable as compared to the milk from other legumes in its species. It is rich in probiotics. Probiotics are microorganisms, which have been claimed to provide health benefits to the humans and animals. When probiotics are delivered in appropriate amount, extend to a benefit of the health of the recipient. These benefits to the recipients are subduing the development and action of the microbes in infection such as:
1. IBS – irritable bowel syndrome
2. Diarrhea
3. IBD – inflammatory bowel disease.
3.) Rich radix of lysine
The human body cannot produce lysine; hence, it has to be dependent on external supplements of the same. Bambara groundnut is generously gifted with this essential amino acid, which is also a building block of proteins.
4.) Lowers Cholesterol
Lysine is an essential element helping in proper growth, and plays a very important pin the manufacturing of carnitine. Carnitine is a nutrient accountable for breaking down of the fatty acids to provide energy to the body, thus it lowers the cholesterol levels in the blood.
5.) Maintains Healthy Bone
Lysine also aids in the absorption of calcium for the proper growth of the bones in the body. It helps in the genesis of collagen, which is very essential for connective tissue formation, such as tendon, skin, cartilages and bones.
6.) Multi health benefits of Bambara protein
The Bambara groundnut flour is very high in protein. This essential nutrient is used to treat and cure a lot of disorders and diseases in several of the world as a traditional therapeutic treatment.
7.) Fights Kwashiorkor
Bamabara groundnut plays an important role to provide the protein nourishment in the rural areas of many continents for the children. This helps those children to defeat Kwashiorkor, a protein deficiency commonly seen in malnourished children.
RECENT RESEARCH ON EXTRACTS OF BAMBARA NUT
*The extract from the nut of Voandzeia subterranean particularly the protein extracts can be used directly in cosmetic formulations and provides specific properties and notable particular effects. The nut can be used quite freely to replace the high-prized lumps of meat without sacrificing adequate nutrition.
*The fatty acid present in the nut oil is among the essential fatty acids needed in the body. These fatty acids are primarily used to produce hormone like substance that regulates the wide range of functions. The nut also contain tannin which is one of the anti nutritional factors.The unique properties and composition of Bambara nut make it serve as a balanced food which contains almost all the vital nutrients that promotes good health.
*These fatty acids are used to produce hormone like substances that regulate wide range of functions. They regulate blood pressure, blood clothing and blood lipid level and inflammation response to injury infections. Therefore, they are essential in human diet since there are no synthetic mechanisms available for their production in the human body.
*Linoleic acid is one of the most important polyunsaturated fatty acids in human food of its ability to prevent distinct heart vascular disease. Research shows that bambara nut oil is predominantly made of the unsaturated palmitoleic acid, oleic acid, lineleic acid and caprylic acid. This predominance of the unsaturated fatty acids and high iodine value index indicate that oil from bambara nut of Nigeria is of unsaturated type.
Potential Constraints:
A.) Like most legume seeds, Vigna subterranea seeds contain antinutritional factors such as trypsin inhibitors, phytates and tannins, including condensed tannins in the seed coat. Tannin content is correlated with coat colour, the cream-coloured seeds containing less tannin than brown or black seeds. Tannins can be deleterious to livestock performance though they have beneficial nutritional properties in some cases (by-pass protein in ruminants, anthelminthic effect).
B.) Vigna subterranea seeds are reported to have higher antitryptic activity than soybean and the level of activity depends on the variety (landrace) (Tibe et al., 2007). Heat treatments such as boiling or roasting are usually effective in destroying trypsin inhibitors.

C.) Phytates are found in high proportions in Vigna subterranea seeds and are known to reduce cation availability (Ca particularly).
D.) Cooking and other forms of processing (e.g. soaking, milling, hulling, germination, fermentation) reduce the concentration of antinutritional factors. However, processing does not always increase the feeding value.
I know you must have learnt something new about our “okpa”. Its been a pleasure.
MERRY CHRISTMAS!
read more