Use of Cannabis in Treatment of Diabetes. 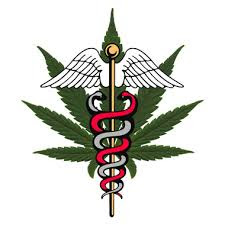 Diabetes, also called hyperglycemia, is a disease in which the body causes blood glucose (sugar) levels to rise higher than normal. According to the Centers for Disease Control and Prevention in Atlanta, “diabetes is [a] condition in which the body does not properly process food for use as energy.” According to the American Diabetes Association, in 2012, 29.1 million Americans (9.3 percent of the population) had diabetes. Of this number, 21.0 million were diagnosed, while 8.1 million were undiagnosed. 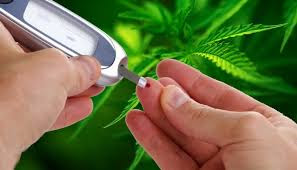 Diabetes is the seventh leading cause of death in the United States, with about 76,000 people dying each year from the disease. Blacks are 1.7 times more likely to develop the condition than whites. Of sufferers, 26 percent are age 65 or older. It is estimated that this disease costs Americans $245 billion per year — and this figure reflects only diagnosed cases.

A 2005 research paper published by the American Alliance for Medical Cannabis (AAMC) states that cannabis has the following benefits for diabetes patients:

*Acts as an anti-inflammatory that may decrease arterial inflammation.

*Acts as a “vasodilator” to help keep blood vessels open and improve circulation.

*Lowers blood pressure (over time), a critical benefit for diabetics.

*Relieves neuropathic pain and tingling in the hands and feet when applied topically as creams, balms, and salves.

There are two varieties of diabetes: Type 1 and Type 2. Type 1, previously known as “juvenile diabetes” or “insulin-dependent diabetes mellitus” (IDDM), afflicts children and young adults, but is responsible for only five percent of all cases of diabetes. Type 2, previously called “adult-onset diabetes” or “non-insulin-dependent diabetes mellitus” (NIDDM), is the most common form of the disease. Diabetes patients suffering from Type 2 cannot use insulin properly, a condition called insulin resistance.

One variety of Type 2 diabetes is metabolic syndrome, which is the combination of diabetes, obesity, and high blood pressure. Metabolic syndrome significantly increases a sufferer’s chances of heart disease or stroke. Although many diabetes patients are able to sufficiently moderate their insulin levels using conventional drugs (often supplemented by cannabis), it remains a life-threatening disease that impacts the lives of tens of millions of Americans daily.

Cannabis can also be used to treatdiabetic retinopathy, a condition that can result in blindness that is the most common form of diabetic eye disease. Retinopathy, which typically only afflicts patients who have had diabetes for several years, involves intra-ocular pressure, similar toglaucoma.

It is caused by changes in blood glucose levels that result in swelling retinal blood vessels (a condition called macular oedema), after which they sometimes leak fluid into the eye. Any diabetic patient can develop retinopathy. As with glaucoma, cannabis use significantly decreases pressure within the eye, relieving the condition.

Cannabis works well as an anti-inflammatory treatment due to the fact that diabetics frequently suffer arterial inflammation. Steroids and corticosteroids (such as cortisone, hydrocortisone, and prednisone) can be used to treat this condition, but they cause many negative side effects, including suppression of the immune system (something not experienced with cannabis). However, a class of diabetes drugs called NSAIDS (non-steroidal anti-inflammatory drugs) that is commonly used in place of steroids can cause liver and kidney damage (again, not experienced with cannabis).

Glaucoma is another complication that can arise with diabetes. The general term for glaucoma-related complications is retinopathy. People who have diabetes are 40 percent more likely to contract glaucoma than people without the disease. Glaucoma occurs when pressure builds inside the eye, eventually cutting off blood flow and damaging the optic nerve. Vision is gradually lost due to the continued pressure and nerve damage.
Medical marijuana is already being recommended for glaucoma sufferers, as it can directly reduce the inflammation caused by the nerve damage and increased blood flow. However, since the relief is only temporary, some doctors believe that people need to partake every 2 or 3 hours (around the clock) to maintain a consistent eye pressure. This could lead to other health complications, making doctors more hesitant to recommend it. There is also a fear that glaucoma sufferers, without first consulting a doctor, might choose to self-medicate due to the belief that ‘it can’t hurt.’ Marijuana does help ease the pain, but glaucoma is a progressive disease with no cure. Without a doctor’s supervision, those who choose to self-medicate can harm the results of tests that could detect or track the progression of the disease.

High blood pressure is often a complication of Type 2 diabetes and, although medical marijuana does lower blood pressure, it also briefly elevates heart rate after smoking. As a result, marijuana isn’t recommended for those with pre-existing heart conditions. However, studies have shown that prolonged marijuana users have a tolerance for these side-effects and have suffered no adverse effects of the briefly quickened heart rates.
Peripheral vascular disease is caused by atherosclerosis –– the process in which fatty material builds up inside the arteries over time. This fatty material hardens as it mixes with calcium, scar tissue, and other materials, creating plaque on the arterial walls. This plaque can inhibit or completely block blood flow through the arteries. People with high blood sugar levels caused by diabetes can have narrow, weak blood vessels, in addition to accelerated fat levels in the blood, and higher blood pressure which dramatically affects the rate of developing atherosclerosis. All of this exponentially increases the chance of angina, heart attacks, and strokes.
Medical marijuana isn’t recommended for sufferers of peripheral vascular disease. Although studies have shown that medical marijuana can significantly decrease angina, it can also cause acute coronary events. The increased heart rate, combined with the combustion inhalation of smoke, is thought to be one of the main reasons for the possible coronary complications and the lack of doctor recommendation. This has begun a debate of the use of synthetic cannabinoids, like Sativex and Marinol, versus hemp oil and vaporized medical marijuana.

Research published in 2012 by GW Pharmaceuticals in England revealed that THCV and cannabidiol (CBD) have an effect on the body’s fat level and how patients respond to insulin. The research found that THCV increases sensitivity to insulin in animals while simultaneously protecting cells that make insulin.

The research also found that THCV and CBD boosted the metabolism of the test animals, resulting in a reduction in fat in their livers and lower cholesterol levels. According to professor Mike Cawthorne, the director of metabolic research at the University of Buckingham and director of the animal studies:

“Overall, it seems these molecules [THCV and CBD] increase energy expenditure in the cells of the body by increasing the metabolism.”

A 2013 study published in The American Journal of Medicine found that regular cannabis users had lower levels of the hormone insulin after fasting, a sign that cannabis consumers, who were also shown to have reduced insulin resistance, are somewhat protected against diabetes. The research involved nearly 5,000 patients who answered a questionnaire regarding their drug use.

Joseph Alpert, professor of medicine at the University of Arizona College of Medicine and editor-in-chief of the journal, said:

“These are remarkable observations that are supported by basic science experiments that came to similar conclusions.”
Previous surveys revealed that, although cannabis users consume more calories, they have a lower body mass index. This indicates a more efficient metabolism and points toward better use of insulin and other systems of the body related to the burning of fat and blood sugar levels. 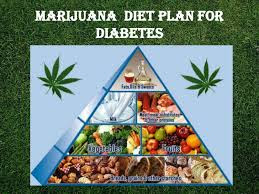 Rabinski, G. (2015).Cannabis for the Treatment of Diabetes.