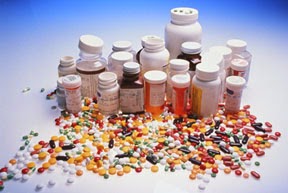 Activated charcoal can be used to decrease absorption of paracetamol if the patient presents for treatment soon after the overdose. It soaks up the APAP remaining in the stomach and acts as an emetic.
Acetylcysteine:
The antidote acetylcysteine acts as a precursor for glutathione, helping the body regenerate enough to prevent damage to the liver. N-acetylcysteine can neutralize NAPQI by itself as well.
Liver Transplant:
A liver transplant is often required if damage to the liver becomes severe. Patients treated early have a good prognosis, whereas patients that develop major liver abnormalities typically have a poor outcome. Efforts to prevent paracetamol overdose include limiting individual sales of the drug and combining paracetamol with methionine, which is converted into glutathione in the liver.
PLEASE, PLEASE AND PLEASE DO NOT ABISE DRUGS NO MATTER HOW COMMON IT SEEMS, IT COULD BE VERY FATAL!
read more