The Health Effects of Consuming MSG in Large Quantities. 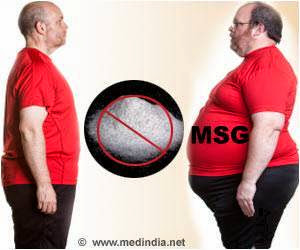 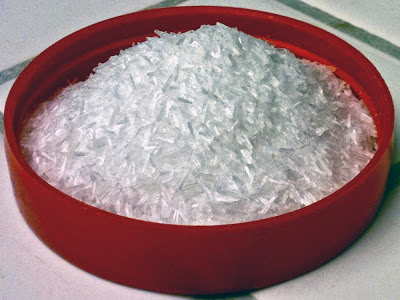 Well, it was many decades prior to this, in 1908, that monosodium glutamate was invented. The inventor was Kikunae Ikeda, a Japanese man who identified the natural flavor enhancing substance of seaweed.

Taking a hint from this substance, they were able to create the man-made additive MSG, and he and a partner went on to form Ajinomoto, which is now the world’s largest producer of MSG (and interestingly also a drug manufacturer). It is

also found in abundance in

the white Maggi and

It’s a misconception that MSG is a flavor or “meat tenderizer.” In reality, MSG has very little taste at all, yet when you eat MSG, you think the food you’re eating has more protein and tastes better. It does this by tricking your tongue, using a little-known fifth basic taste: umami.

Umami is the taste of glutamate, which is a savory flavor found in many Japanese foods, bacon and also in the toxic food additive MSG. It is because of umami that foods with MSG taste heartier, more robust and generally better to a lot of people than foods without it.

The ingredient didn’t become widespread in the United States until after World War II, when the U.S. military realized Japanese rations were much tastier than the U.S. versions because of MSG.

In 1959, the U.S. Food and Drug Administration labeled MSG as “Generally Recognized as Safe” (GRAS), and it has remained that way ever since. Yet, it was a telling sign when just 10 years later a condition known as “Chinese Restaurant Syndrome” entered the medical literature, describing the numerous side effects, from numbness to heart palpitations, that people experienced after eating MSG.

Today that syndrome is more appropriately called “MSG Symptom Complex,” which the Food and Drug Administration (FDA) identifies as “short-term reactions” to MSG.

Why MSG is so Dangerous?

One of the best overviews of the very real dangers of MSG comes from Dr. Russell Blaylock, a board-certified neurosurgeon and author of “Excitotoxins: The Taste that Kills.” In it he explains that MSG is an excitotoxin, which means it overexcites your cells to the point of damage or death, causing brain damage to varying degrees — and potentially even triggering or worsening learning disabilities, Alzheimer’s disease, Parkinson’s disease, Lou Gehrig’s disease and more.

Part of the problem also is that free glutamic acid is the same neurotransmitter that your brain, nervous system, eyes, pancreas and other organs use to initiate certain processes in your body. Even the FDA states:

“Studies have shown that the body uses glutamate, an amino acid, as a nerve impulse transmitter in the brain and that there are glutamate-responsive tissues in other parts of the body, as well.

Abnormal function of glutamate receptors has been linked with certain neurological diseases, such as Alzheimer’s disease and Huntington’s chorea. Injections of glutamate in laboratory animals have resulted in damage to nerve cells in the brain.”

Although the FDA continues to claim that consuming MSG in food does not cause these ill effects, many other experts say otherwise.

According to Dr. Blaylock, numerous glutamate receptors have been found both within the heart’s electrical conduction system and the heart muscle itself. This can be damaging to your heart, and may even explain the sudden deaths sometimes seen among young athletes.

“When an excess of food-borne excitotoxins, such as MSG, hydrolyzed protein soy protein isolate and concentrate, natural flavoring, sodium caseinate and aspartate from aspartame, are consumed, these glutamate receptors are over-stimulated, producing cardiac arrhythmias.

When magnesium stores are low, as we see in athletes, the glutamate receptors are so sensitive that even low levels of these excitotoxins can result in cardiac arrhythmias and death.”

Many other adverse effects have also been linked to regular consumption of MSG, including:

Obesity
Eye damage
Headaches
Fatigue and disorientation
Depression
Cancer
Further, even the FDA admits that “short-term reactions” known as MSG Symptom Complex can occur in certain groups of people, namely those who have eaten “large doses” of MSG or those who have asthma.

According to the FDA, MSG Symptom Complex can involve symptoms such as:

Numbness
Burning sensation
Tingling
Facial pressure or tightness
Chest pain or difficulty breathing
Headache
Nausea
Rapid heartbeat
Drowsiness
Weakness.
Not to say that if taken in very small quantities, it may not bear much health consequence but the amount in which it is consumed in fast food, Indomie and Maggi containing foods these days is far from “small” and with accumulation could come back to haunt us in the future.