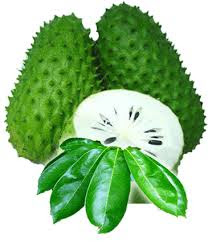 The entire tree of the sour sop– leaves, fruit, bark, and root – is valued for its medicinal properties that have been used to treat an incredible number of ailments, maladies, and diseases, ranging from backaches to cancer. The Memorial Sloan-Kettering Cancer Center in New York also confirms that graviola (sour sop), particularly graviola extract, does have beneficial elements including anti-rheumatic, anti-viral, anti-parasitic and emetic. Sour sop leaves happen to be the most beneficial part of the tree. They contain the Acetogenin compounds; bulatacin, squamosin and asimisin. Acetogenins act as anti-feedants which kill insects and pests when consumed in even small amounts. Extensive research has proven that soursop leaves can be used to treat and prevent cancer and other health conditions.

Both the leaves and the fruit of the soursop tree contain high levels of Vitamins A and B, and C, fiber, iron, potassium,calcium. Soursop leaves also contain gentisic acid, annonacin, annocatalin, and anonol that strengthen the immune system. Sour sop leaves contain calcium, fructose, fat, Vitamins A and B among others, in high quantity which make them very nutritious and a potent medicine and prophylactic (used to prevent diseases). For those suffering from back pain and rheumatism, you can benefit from the use of graviola extract obtained from its leaves, by drinking it hot once a day.

Heart Disease and Nerve Disease Prevention
Because soursop can aid in proper blood circulation, boost metabolism and prevent damage to your nerves, you will have a better functioning heart and your nervous system will also be less likely to get damaged as you grow older if you consume sour sop leaves tea. Although there has not been enough scientific evidence to back up some claims, it’s been widely believed that sour sop leaves can also treat gout by lowering the uric acid in the body. Simply boil 6 – 10 leaves with 2 cups of water and drink one cup twice a day.

Sour sop is good at treating a number of hair problems such as split ends, dandruff, and falling hair, greying, and head lice. To derive these benefits make a tea from the leaves and use it as a hair rinse. The natural ingredients in the leaves, when mashed until soft and applied directly to the affected area, are good at treating eczema as well as skin infections such as acne. It is also effective in treatment of boils and acne. Grind some fresh leaves and rub them on areas of concern and leave for 10 – 15 minutes and rinse. Do this in the morning and at night and see marvelous results within a week.

Because the tree is rich is rich in iron, teas made from soursop fruit and leaves are great for treating anemia and increasing red blood cell count. It is also good for reducing hypertension; and because of its antibacterial properties, it is very effective in curing infections. Placing a whole fresh leaf on a cut, sore, or wound should help healing progress more quickly than when left untreated.

An online article published by Cancer Centers of America discussed a study released in in the Journal of Medicinal Chemistry, published in 1997, indicated that chemical composites extracted from soursop fruit were more effective at destroying culture breast cancer cells than chemotherapy. Soursop leaves have beenshown to kill cancer cells10,000 times more effectively than other treatments, with the added benefit that it does not harm healthy cells. Soursop has also been found to be very effective in treating the side-effects of chemotherapy. The Journal of Medicinal Chemistry was not alone in its findings. The Health and Sciences Institute has published more than one paper pronouncing that soursop leaves were very effective in killing cancer cells without harming the rest of the body. The National Cancer Institute came to the same conclusion, even the University of Purdue and other universities around the world found similar findings. It can also be used to cure prostate, lung and skin cancers! For this cure, boil 10 leaves of sour sop in 3 cups of water until 1 cup is left let it cool down. Drink this every morning for 3-4 weeks. Goodluck!

Disorders of the Organs:

Sour sop leaf tea can treat gall bladder problems,liver ailments, and it can even lower glucose levels in diabetics by stimulating increased insulin production by aiding the beta cells in the pancreas.

Sour sop tea can be used to perk up and feel better quicker when getting over a cold or flu. It is even suspected to slow the progress of AIDS although this lacks substantial evidence. Sour sop has a lot of excellent properties that are necessary to keep the immune system strong. These properties kill free radicals and ensure your immune system is at optimum health so it can effectively perform its functions such as warding off diseases.

In the Caribbean sour sop tea has been used for centuries as a treatment for insomnia, or one can just put a few fresh leaves into their pillow for that effect.

To reduce the discomfort brew some sour sop tea and use as a foot soak. 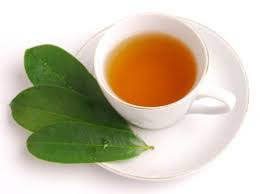 For an effective treatment for arthritis, mash sour sop leaves until smooth and apply on affected joints thrice a day.

Sour sop leaves have been found to stabilize blood sugar in its normal range (70-120mg/dL). Just boil 6 leaves in 3 cups of water until one cup is left and let it cool. Drink this twice a day.

Arthritis and gout are caused by uric acid accumulation in the tissues of joints which cause them to flare up. Soursop is rich in calcium and phosphorous to help strengthen the bones and prevent bone and joint diseases such as osteoporosis. Take 6-10 sour sop leaves which are old but still green and wash them clean. Boil in 2 cups of water until 1 remains and allow to cool. Take this twice a day (in the morning and evening) for maximum results. 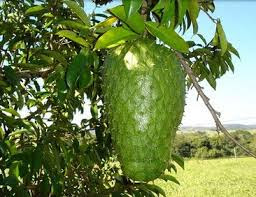 Sour sop leaves are also effective against viruses, bacteria, parasites and tumors. Their amazing attributes also make them an effective remedy for seizures, as an anti-hypertensive and an antipyretic. These amazing leaves also alleviate inflammations, feet swelling and boosts appetite. It also facilitates recovery from diseases.

But like most remedies and treatments, there are also some side effects to using graviola. Medical experts warn pregnant and lactating women against the use of graviola pills, graviola capsules and fruit. The safety of this supplement to babies and fetus has not been determined.

In addition, there are reports that consuming soursop regularly may put a person at risk of developing Parkinson’s disease. However, keep in mind that these findings were obtained using cultured neurons and not human test subjects so the data is not completely accurate.