Every now and then, so many people get scared of the common table salt because it seemingly is a dreaded name when it comes to heart problems.

There are better options which alternate the sodium chloride with potassium chloride; but this alternatives might also pose a huge threat on the kidneys when abused.

Salt (whether potassium or sodium) isn’t bad; but the right balance between minerals is really important.

Herbs and spices are the healthy go-to nowadays when it comes to seasoning foods; both local and intercontinental.

Lets take a look at a list of  preferably healthier alternatives when it comes to seasoning. 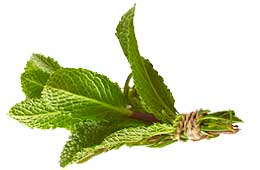 It has a bit of the menthol feel in the mouth.

It’s really a healthier option to stick to these herbs and spices whenever you’re cooking because they really don’t pose any health threats as they are natural.

A pinch of salt, with any of these herbs would still bring out the savoury taste of any local or intercontinental dish.