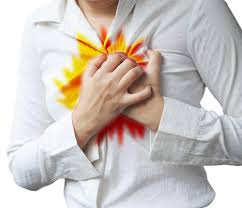 After food passes through your esophagus into your stomach, a muscular valve called the lower esophageal sphincter (LES) closes, preventing food or acid to move back up.
Acid reflux occurs when the LES relaxes inappropriately, allowing acid from your stomach to flow (reflux) backward into your esophagus. But it’s important to understand that acid reflux is not a disease caused by excessive acid production in your stomach; rather it’s a symptom more commonly related to:
Hiatal hernia:
Helicobacter pylori (H. pylori) infection (H. pylori bacteria is thought to affect more than half of the world’s population, and has been identified as a Group 1 carcinogen by the World Health Organization)
While these two conditions are unrelated, many who have a hiatal hernia also haveH. pylori, which cause a chronic low-level inflammation of your stomach lining that can result in an ulcer3 and associated symptoms. If you have a hiatal hernia, physical therapy on the area may work and many chiropractors are skilled in this adjustment.
The hypothesis that H. pylori infection is responsible, or at least a major factor, for producing the symptoms of acid reflux stems from the work done by Dr. Barry Marshall, an Australian physician, during the early 1980s. 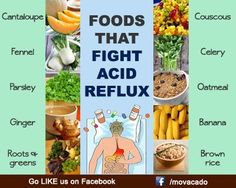 Adjusting your diet is perhaps the single most important home remedy to relieve the symptoms of GERD. Certain foods are known triggers for acid reflux and others may bother you but not other people.
Common food triggers include:
*citrus fruits and juices
*tomatoes, marinara sauce, and tomato juice
*fried or greasy foods
*fatty foods
*chocolate
*onions and garlic
*carbonated soft drinks and water
*caffeinated beverages (even decaf coffee)
*peppermint
*alcohol
Keep a food journal to record what you eat and when, and any accompanying GERD symptoms such as heartburn, difficult swallowing, chest pain, or sore throat. Your journal can help you pinpoint specific triggers and may be useful in determining appropriate mealtimes. Eating smaller meals throughout the day can curb symptoms. Large meals put excess pressure on your stomach, which can weaken your lower esophageal sphincter.

You can also treat acid reflux by adding certain foods to your diet. Antioxidant-rich fruits, such as blackberries, blueberries, and cherries may ease your symptoms. Foods containing vitamin B-6 may be beneficial as well. For example:
*almonds
*spinach
*kale
*beans
*whole grains
Acid Reflux (GERD) Home Remedies
In some cases symptoms may be relieved by changing habits, diet, and lifestyle. The following steps may reduce reflux.
1.) Don’t eat within 3 hours of bedtime. This allows your stomach to empty and acid production to decrease.
2.) Don’t lie down right after eating at any time of day.
Elevate the head of your bed 6 inches with blocks. Gravity helps prevent reflux.
3.) Don’t eat large meals. Eating a lot of food at one time increases the amount of acid needed to digest it. Eat smaller, more frequent meals throughout the day.
4.) Avoid fatty or greasy foods, chocolate, caffeine, mints or mint-flavored foods, spicy foods, citrus, and tomato-based foods. These foods decrease the competence of the lower esophageal sphincter (LES).
5.) Avoid drinking alcohol. Alcohol increases the likelihood that acid from your stomach will back up.
6.) Stop smoking. Smoking weakens the lower esophageal sphincter and increases reflux.
7.) Lose excess weight. Overweight and obese people are much more likely to have bothersome reflux than people of healthy weight.
8.) Stand upright or sit up straight, maintain good posture. This helps food and acid pass through the stomach instead of backing up into the esophagus.
9.) Talk to your health-care professional about taking over-the-counter pain relievers such as aspirin, ibuprofen (Advil, Motrin), or medicines for osteoporosis. These can aggravate reflux in some people.
10.) Talk to your health-care professional if you need tips on losing weight or quitting smoking.
Get more acid:
When you have acid burning your esophagus, it seems quite counterintuitive to ingest even more acid. In many cases though, acid reflux is caused by having not enough acid in your stomach, rather than having too much, as over-the-counter or prescription “acid blockers” imply (although that can also be the case, among other factors.) It is the acid itself that tells the lower esophageal sphincter to tighten and close off. If you don’t produce enough acid, your LES is going to think it’s no big deal to loosen up for a little bit. Then of course, you get a reflux of acid into your esophagus. If you think this may be your case, try drinking some pure, raw, unfiltered apple cider vinegar to see if this prevents your reflux, or cuts it off.
Eat a banana or an apple:
Bananas contain natural antacids that can act as a buffer against acid reflux. If you want to try out the simplest home remedies for heartburn first, try letting a few bananas ripen up nicely and eating one every day. Another option is to try an apple a day. Slice one up and eat it a couple of hours before bedtime to relieve or prevent discomfort.
Chewing gum:
Besides eliminating garlic breath, chewing gum after a meal might have other advantages, research suggests.
In a small study from the Journal of Dental Research, people with gastroesophageal reflux disease (GERD) symptoms experienced heartburn relief when they chewed a piece of sugar-free gum for 30 minutes after a meal.
“Chewing gum stimulates the salivary flow rate,” says study author Rebecca Moazzez, DPhil, clinical lecturer in King’s College London’s department of restorative dentistry. “Any acid that accumulates in the gut is washed away and cleared more quickly. The clearance of acid improves GERD symptoms.”
Can Drinking Milk Help My Heartburn?
You may have heard that drinking a glass of milk can relieve heartburn. While it’s true that milk can temporarily buffer stomach acid, nutrients in milk, particularly fat, will stimulate the stomach to produce more acid.
Even though milk might not be a great heartburn remedy, however, it’s a rich source of bone-building calcium. Try fat-free skim milk and don’t overdo it. Drink no more than 8 ounces of skim milk at a time — as a snack in between meals. Overfilling the stomach may increase heartburn.
read more