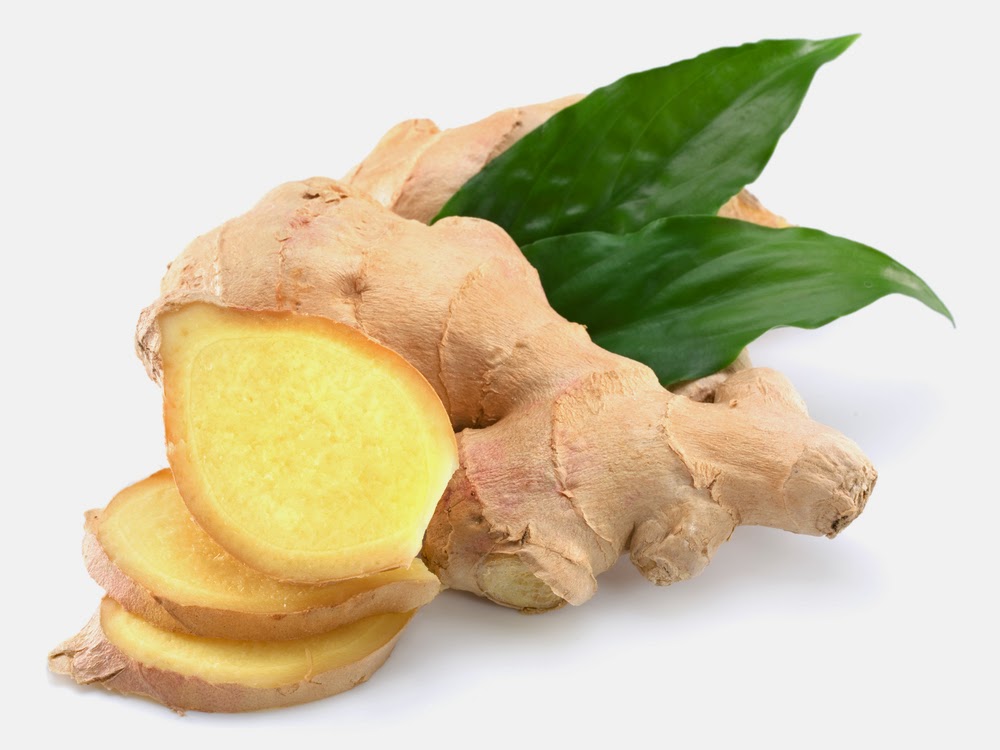 There’s something about these smelly spices, ginger, that exudes health and vitality. From the bark to its insides, it’s soaked with anti-oxidants and phytochemicals. It bears benefits that lean towards diabetes, cancer and even menstrual bleeding. Now here’s what’s new and latest on the cloves:
Ginger Has Anti-Inflammatory Properties That May Rival Non-Steroidal Anti-Inflammatory Drugs (NSAIDs)

For instance, ginger (like many natural plant compounds) is anti-inflammatory, which makes it a valuable tool for pain relief. In 2001, research showed that ginger oil helped reduce knee pain in people with osteoarthritis.
In 2013, a study also found that women athletes taking three grams of ginger or cinnamon daily (that’s less than one teaspoon) had a significant decrease in muscle soreness. Ginger has even been found to be as effective as ibuprofen in relieving pain from menstrual cramps in women.
The pain-relieving potential of ginger appears to be far-reaching. Along with help for muscle and joint pain, ginger has been found to reduce the severity of migraine headaches as well as the migraine medication Sumatriptan – with fewer side effects.
Another recent study, which was presented at the American Thoracic Society International Conference, found that adding ginger compounds to isoproterenol, a type of asthma medication called a beta-agonist, enhanced its bronchodilating effects. Because ginger enhances bronchodilation, it may provide a much safer alternative, or at least complement, to current asthma medications on the market.
Decrease Exercise-Induced Muscle Pain:
As a powerful anti-inflammatory, ginger helps to reduce and ease muscle pain. Research in the Journal of Painfound that ginger was superior in its benefits to NSAIDs (Non-Steroidal Anti-Inflammatory Drugs) because it helps to blocks the formation of the inflammatory compounds, prostaglandins and leukotrienes, Discovery Health reported. The researchers also found that ginger has antioxidant effects, which help to break down pre-existing inflammation.
Ginger Shows Promise as a Cancer and Diabetes Fighter:
Ginger’s anti-inflammatory properties no doubt make it beneficial for many chronic inflammatory diseases including cancer. Indeed, research published in the British Journal of Nutrition has demonstrated the in vitro and in vivo anticancer activity of ginger, suggesting it may be effective in the management of prostate cancer.
Other research shows it has anti-tumor activity that may help defeat difficult-to-treat types of cancer, including lung, ovarian, colon, breast, skin, and pancreatic. Furthermore, because ginger helps prevent the toxic effects of many substances (including cancer drugs), it may be useful to take in addition to conventional cancer treatments.
As for diabetes, ginger appears to be useful both preventively and therapeutically via effects on insulin release and action, and improved carbohydrate and lipid metabolism.
According to one comprehensive review, a clinical trial that was performed found that after consuming three grams of dry ginger powder for 30 days, diabetic participants had a significant reduction in blood glucose, triglyceride, total cholesterol, and LDL cholesterol. It’s thought that ginger has a positive effect on diabetes because it:
Inhibits enzymes in carbohydrate metabolism:
*Increases insulin release and sensitivity
*Improves lipid profiles
*Ginger also has also been established to have a protective effect against diabetes complications, including offering protection to the diabetic’s liver, kidneys, central nervous system, and eyes.
The Power of Ginger for Nausea, Motion Sickness, and Digestive Upset:
No article about ginger would be complete without highlighting its wonderful use for digestive upsets. In my book, it is one of the best natural remedies if you struggle with motion sickness or nausea (from pregnancy or chemotherapy, for example), ginger should be a staple in your diet. Research shows:
Taking one gram of ginger daily may help reduce nausea and vomiting in pregnant women, and ginger has been shown to work better than a placebo in relieving morning sickness.
Daily ginger supplementation reduces the severity of chemotherapy-induced nausea.
Ginger may help reduce vomiting and other symptoms of motion sickness:
Ginger is also a must-have if you struggle with indigestion, and it does more than simply relieve pain. Ginger helps to stimulate the emptying of your stomach without any negative effects, and it’s an antispasmodic agent, which may explain its beneficial effects on your intestinal tract. Additionally, ginger inhibits H. pylori, which may help prevent ulcers, while also protecting gastric mucosa.
Cold and Flu:
Ginger has been used for many years to help treat the common cold and flu. Studies have shown that steeping just 2 tablespoons of fresh ginger root in hot water and drinking it just two or three times each day will help to prevent the cold and flu. Instead of treating those symptoms when they appear, you can actually help to prevent yourself from experiencing them. Just drink the ginger tea a few times each day during cold and flu season and you may not even have to worry about feeling sick.
Immunity:
Ginger can help to strengthen your immune system, again helping you to fight off the cold and flu as well as other illnesses. Just a big of ginger every day can help to prevent stroke and heart attack because it helps to inhibit the fatty deposits that normally find their way into the arteries. You can drink ginger tea or just add a bit of the spice to your meals several times each week and significantly reduce your risk of very serious diseases.
Risks:
Ginger may raise the risk of bleeding. If you have a bleeding disorder, it may not be safe. And check with your doctor before taking ginger as a treatment if you:
A. Have diabetes
B. Have heart problems
C. Also, it’s not known if ginger supplements are safe for children or for women who are breast feeding. 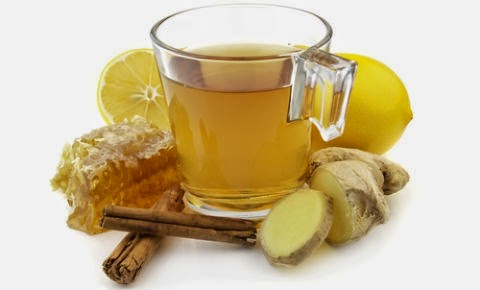 Interactions:
If you take any medications regularly, talk to your doctor before you start using ginger supplements. They could interact with blood thinners and medications for diabetes and high blood pressure.
Pregnant women should be careful with ginger. Some experts worry that it could raise the risk of miscarriage, especially in high doses.
Side effects:
In small doses, ginger has few side effects. It may cause:
1. Gas
2. Heartburn
3. Upset stomach
4. Mouth irritation
5. High doses of ginger — more than 5 grams a day — increase the chances of side effects. Ginger on the skin may cause a rash.
read more