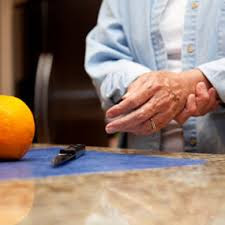 Rheumatoid arthritis(RA) is a chronic, painful, inflammatory disease that affects joints and connective tissue, are constantly seeking to ease its symptoms with food and dietary supplements. While researchers have turned up no magic elixir to cure RA, several studies seem to show a connection between certain foods and the inflammation that characterizes this autoimmune condition. Before embarking on a special diet or taking supplements, though, consult your doctor. Either approach can interact with traditional RA medications in unintended ways.
The best approach to food for people with RA – or anyone else – is a well-balanced diet which, according to the U.S. Food and Drug Administration, should be centered on plant-based foods. Approximately two-thirds of diet should come from fruits, vegetables and whole grains. The other third should include fat-free or low-fat dairy products and lean sources of protein. 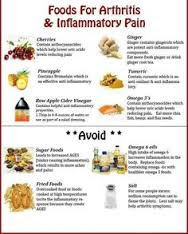 Foods That Help Fight Rheumatoid Arthritis
1.) Omega 3 Fatty Acids:
Be sure your diet includes fish such as herring, mackerel, trout, salmon and tuna. Because while there may be no magic elixir, the omega-3 fatty acids in fish oil are the most promising anti-inflammatory in food, says Ruth Frechman, registered dietitian and spokesperson for the American Dietetic Association.
Studies have shown that fish oil can relieve tender joints and ease morning stiffness. It has also allowed some people to reduce the amount of conventional medication they take for RA. Servings of fish provide about one gram of omega-3 fatty acids per 3½ ounces of fish. If you choose to try fish oil supplements, talk to your doctor about a dosage. People with RA can often take a higher level of fish oil than is recommended for the general public, but there can be side effects. Higher doses of fish oil may interact with certain drugs, including those for high blood pressure.

2.) Olive Oil:
Extra-virgin olive oil may also help reduce inflammation, in the same way that anonsteroidal anti-inflammatory drug (NSAID)such as ibuprofen or aspirin can – it contains a compound called oleocanthal that blocks the enzymes that cause inflammation. However, you might not want to empty your medicine cabinet just yet. It would take 3½ tablespoons of olive oil – 400 calories worth – to equal the anti-inflammatory properties of one 200-mg ibuprofen tablet. Instead, use the oil as a low-fat alternative to other cooking oils and butter. Also Olive oil has been shown to reduce lymphocyte proliferation, natural killer cell activity, adhesion molecule expression on lymphocytes and the production of pro-inflammatory cytokines in animal models
Supplements and Inflammation:
Research has shown that people with RA have low levels of selenium, a mineral found in whole-grain wheat products and shellfish such as oysters and crab. It contains antioxidants, which are believed to help control inflammation. It may also increase the risk of developing diabetes, so talk with your doctor before taking selenium supplements. Vitamin D, usually associated with calcium and protection against osteoporosis, may also help lower the risk of RA in older women by helping to regulate the immune system. Good sources of vitamin D include eggs, fortified breads, cereals and low-fat milk.
Food and Inflammation:
While some foods seem to ease inflammation, compounds in others have been found to increase it. Eating hamburgers, chicken or other meats that have been grilled or fried at high temperature can raise the amount of advanced glycation end products (AGEs) in the blood. Although no direct correlation between AGEs and arthritis has been identified, high levels of AGEs have been detected in people with inflammation.
Another culprit that may boost inflammation is omega-6 fatty acids, which are found in corn, sunflower, safflower, soybean and cottonseed oils, many snack and fried foods, margarine, egg yolks and meats. Consuming more omega-6 fatty acids than omega-3s raises your risk of joint inflammation and obesity. Keep fresh fruits and vegetables on hand to help you avoid processed snacks that often contain omega-6 fatty acids.
As a result of menopause or steroid treatment, some people with RA may not get enough of certain vitamins and minerals. The most common deficiencies are in folic acid, vitaminsC,D,B6,B12andE,calcium,magnesium,seleniumandzinc. Nutritionists agree that most nutrients should come from your food, rather than from supplements. However, a supplement may be necessary if you suffer from malnutrition. Again, talk to your doctor before taking any supplements.
Recent Research:
Malnutrition
Patients with RA are considered to be at nutritional risk for many reasons. One cause of poor nutritional status in this patient population is thought to be the result of the weight loss and cachexia linked to cytokineproduction.Inpatients experiencing chronic inflammation the production of cytokines, such as interleukin-1 and tumor necrosis factor, increases resting metabolic rate and protein breakdown.
Medications and Nutrition:
The effects of arthritis medications that are frequently taken long-term may also compound these nutritional problems. One example of this is observed in patients receiving methotrexate, where patients are frequently identified with folic acid deficiency. Additionally, prolonged dosing of other RA medications may be associated with conditions such as gastritis or peptic ulcer, frequently reducing a persons desire to eat.
Accompanying Deficiencies:
The most commonly observed vitamin and mineral deficiencies in patients with RA, are folic acid, vitamin C, vitamin D, vitamin B6, vitamin B12, vitamin E, folic acid, calcium, magnesium, zinc and selenium.Although, food is always the preferred source for vitamins and minerals, it may be essential to use supplementation to assist in counterbalancing the outlined deficiencies and improving nutritional status for patients with RA. Increased intake of antioxidants such as selenium and vitamin E may decrease free-radical damage to joint linings, which diminish swelling and pain. However, to date, there have been no human clinical trials that convincingly prove or disprove the efficacy of antioxidant use. Supplementation of calcium and vitamin D is also recommended to decrease the risk of osteoporosis that results from nutritional loss of these supplements, from menopause and from concurrent steroid therapy.
Wheat and Other Grains:
Wheat and other rough grain products can elicit an allergic T-cell response through their lectin structures. Lectins are glycoprotein molecules that bind to carbohydrate-specific receptors on lymphocytes with high affinity and thus elicit a significant immune response. Lentils and grain products have a particularly high lectin content. Lectins are fairly heat resistant; for example, lentils have to be cooked for a long time to inactivate the lectins. 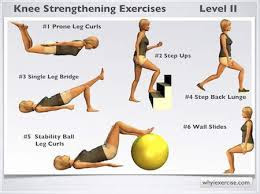