One of the Worlds Healthiest Fruits- Apples 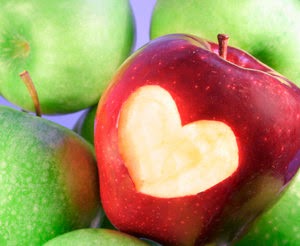 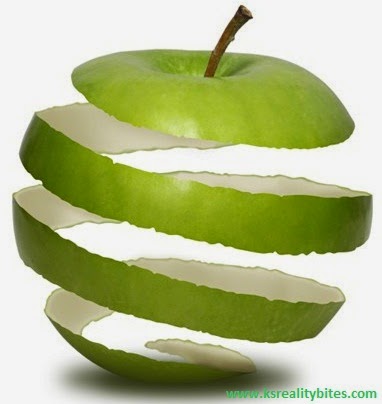 Apples are such commonly consumed fruits that it’s easy to overlook their amazing and unique health benefits. Apples combine certain nutrients in a way that sets them apart from all other fruits and makes them a food of choice for achieving several health goals.
Everyone has heard the old adage, “an apple a day keeps the doctor away.” We all know we should eat more fruit. But why apples? Do they contain specific benefits?
Healthy Heart:
According to Dr. Bahram H. Arjmandi, PhD, RD, Margaret A. Sitton Professor and Chair, Department of Nutrition, Food and Exercise Sciences at The Florida State University, apples are truly a “miracle fruit” that convey benefits beyond fiber content. Animal studies have shown that apple pectin and polyphenols in apple improve lipid metabolism and lower the production of pro-inflammatory molecules.
Rich Phytochemical Content :
Thephytonutrients in apples can help you regulate your blood sugar. Recent research has shown that apple polyphenols can help prevent spikes in blood sugar through a variety of mechanisms. Flavonoids like quercetin found in apples can inhibit enzymes like alpha-amylase and alpha-glucosidase. Since these enzymes are involved in the breakdown of complex carbohydrates into simple sugars, your blood sugar has fewer simple sugars to deal with when these enzymes are inhibited. In addition, the polyphenols in apple have been shown to lessen absorption of glucose from the digestive tract; to stimulate the beta cells of the pancreas to secrete insulin; and to increase uptake of glucose from the blood via stimulation of insulin receptors. All of these mechanisms triggered by apple polyphenols can make it easier for you to regulate your blood sugar. Even though apple is not an excellent source of dietary fiber, the fiber found in apple may combine with other apple nutrients to provide you with the kind of health benefits you would ordinarily only associate with much higher amounts of dietary fiber. These health benefits are particularly important in prevention of heart disease through healthy regulation of blood fat levels. Recent research has shown that intake of apples in their whole food form can significantly lower many of our blood fats. The fat-lowering effects of apple have traditionally been associated with its soluble fiber content, and in particular, with its fat-soluble fiber called pectin. What we now know, however, is that whole apples only contain approximately 2-3 grams of fiber per 3.5 ounces, and that pectin accounts for less than 50% of this total fiber. Nevertheless, this relatively modest amount of pectin found in whole apples has now been shown to interact with other apple phytonutrients to give us the kind of blood fat lowering effects that would typically be associated with much higher amounts of soluble fiber intake. In recent comparisons with laboratory animals, the blood fat lowering effects of whole apple were shown to be greatly reduced when whole apples were eliminated from the diet and replaced by pectin alone. In summary, it’s not fiber alone that explains the cardiovascular benefits of apple, but the interaction of fiber with other phytonutrients in this wonderful fruit. If you want the full cardiovascular benefits of apples, it’s the whole food form that you’ll want to choose. Only this form can provide you with those unique fiber-plus-phytonutrient combinations.
Apples give you better lungs:
British researchers found that apple eaters had better lung function than non-apple eaters. After analysing the health and dietary records of 2,512 men, scientists discovered a strong link between positive lung function and the number of apples eaten each week. Although other researchers had suggested that vitamin C from fresh fruit was responsible for improving lung function, this investigation found otherwise. These researchers believe that it is the consumption of antioxidant-like phytonutrients in apples, such as flavonoids especially one member called quercetin which reduces the risk of cancer and heart attacks. This they say provides an explanation for the healthful effect of apples.
Cyanide in Apple pips:
Washing the skin to remove any contaminants is advisable. Apple pips taste a little bitter, like almonds, and contain traces of cyanide ­but not enough to be harmful.

Apple Allergies:
There are two types of apple allergy. People with an allergy to birch pollen can be allergic to apple as well as other fruits and vegetables. Symptoms occur 5-15 minutes after eating raw apple and include itching and inflammatory of the mouth, tongue and throat. The allergen causing this response does not survive cooking or pasteurisation, which means some allergic people can drink pasteurised fruit juices and cooked apple dishes such as apple crumble.
Not all allergic reactions to apples are associated with allergy to birch pollen. The second type of allergy to apples and other fruits and vegetables, especially peaches, can be more severe and symptoms may also include abdominal pain and vomiting, asthma and a rash. The allergen survives pasteurisation and cooking, and individuals react to purees, nectars and juices, and must avoid all products containing apples including non-food products such as soap, shower gels and shampoos.
The amount of allergen found in apples can vary between varieties, the degree of maturity of the fruit and storage conditions. Allergen levels are highest in apples that have been freshly harvested unless associated with birch pollen in which case allergen levels increase with duration of storage.
Birch-pollen-related apple allergy is most frequently found in adolescent or adult females in Mediterranean areas such as Spain, Italy and Israel where around 5% of people are allergic.
read more