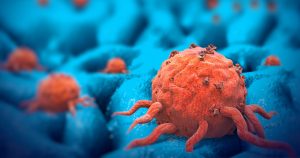 Being overweight, obese or having a BMI over 30kgmsq (since the society wants to scrap out the word obese) seems to be  linked to an overall increased risk of cancer. According to research from the American Cancer Society, excess body weight is thought to be responsible for about 11% of cancers in women and about 5% of cancers in men in the United States, as well as about 7% of all cancer deaths.

Being overweight or obese is clearly linked with an increased risk of 13 types of cancer, which includes:

Being overweight or obese might also raise the risk of other cancers, such as:

The bond between cancer and  body weight is stronger for some cancers than for others. For example, excess body weight is thought to be a factor in more than half of all endometrial cancers, whereas it is linked to a smaller portion of other cancers.

Understanding the link between body weight and cancers is quite complex and might tip you off balance a bit. For example, while studies have found that excess weight is linked with an increased risk of breast cancer in women after menopause, it does not seem to increase the risk of breast cancer before menopause. Reasons best known to science (giggles).

The time of an individual’s life in which they gain weight might also affect cancer risk. Being overweight during childhood and young adulthood might be more of a risk factor than gaining weight later in life for some cancers. For example, some research suggests that women who are overweight as teenagers (but not those who gain weight as adults) may be at higher risk for developing ovarian cancer before menopause.

Excess body weight may affect cancer risk in a number of ways, some of which might be specific to certain cancer types. Excess body fat might increase cancer risk by affecting:

Research on how losing weight might lower the risk of developing cancer is limited. Still, there’s growing evidence that weight loss might reduce the risk of some types of cancer, such as breast cancer (after menopause) and endometrial cancer.

Some body changes that occur as a result of weight loss suggest it may, indeed, reduce cancer risk. For example, overweight or obese people who intentionally lose weight have reduced levels of certain hormones that are related to cancer risk, such as insulin, estrogens, and androgens.

While we still have much to learn about the link between weight loss and cancer risk, people who are overweight or obese should be encouraged and supported if they try to lose weight. Aside from possibly reducing cancer risk, losing weight can have many other health benefits, such as lowering the risk of heart disease and diabetes. Losing even a small amount of weight has health benefits and is a good place to start.

The science around it all

Overall, the majority of hypotheses proposed over the past 20–30 years have been based around the physiological functions and pathological correlations of compounds intimately involved in general metabolism of adipose tissue or its regulation by systemic factors and the relevance of those compounds to cell proliferation or development that could contribute to abnormal proliferation and migration leading to oncogenesis (development of tumors). The more recently developed concepts to be described below adopt a wider perspective in which the interface between adipose metabolism, inflammation and carcinogenesis is mediated by newly uncovered links involving biochemical pathways which open new perspectives on the obesity/cancer relationship in a more holistic, biologically integrated manner.

These ideas include the inflammation-induced activation of the kynurenine pathway and its role in feeding and metabolism by activation of the aryl hydrocarbon receptor (AHR) and by modulating synaptic transmission in the brain. Evidence for a role of the kynurenine pathway in carcinogenesis then provides a potentially major link between obesity and cancer. A second new hypothesis is based on evidence that serine proteases can deplete cells of the tumour suppressors Deleted in Colorectal Cancer (DCC) and neogenin. These enzymes include mammalian chymotryptic proteases released by pro-inflammatory neutrophils and macrophages.

The kynurenine pathway represents the dominant pathway of tryptophan catabolism, accounting for the disposal of around 95% of the tryptophan not used for protein synthesis.

According to a research carried out by Jin in 2015, he stated and i quote that “the relevance of the kynurenine pathway is that not only do its components affect the regulation of metabolism, feeding and body mass, largely via the modulation of NMDA receptor activity, but they are also implicated in aspects of carcinogenesis’. Expression of the central enzyme of the pathway – kynurenine-3-monooxygenase (KMO) is greater in human hepatic carcinoma cells than controls and is known to influence cell proliferation and migration.

Other factors like insulin resistance, high glucagon and leptin levels (in obese and diabetic patients), adipokines (adiponectin) which is reduced in obese patients, highly concentrated levels of ceruloplasmin in adipose tissues of obese patients, might also increase an obese patients risk to several types of cancer.

Bowman-Birk inhibitors are relatively small proteins found in plant based foods, highly stable within the intestine and generally resistant to heating and cooking, which are known to be absorbed from the intestine into the blood.

Several studies suggest that the presence of bowman’s birk inhibitors (BBI) are capable of inducing apoptosis in human breast carcinoma. The BBI is also capable of suppressing carcinogenic processes that include colon, oral leukoplakia, esophageal tumors, leukemia, prostatic hyperplasia and breast cancer (quite elusive though).

An overall healthy diet and lifestyle cannot be over emphasized, whether you choose a ‘only plant based diet’ or you choose to do a variety, make sure you do the right thing for your body MODERATION!