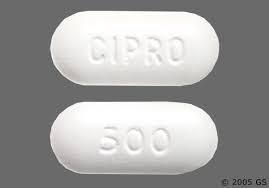 Cipro (ciprofloxacin) is a flouroquinolone antibiotic that is commonly prescribed for infections of which one is prostatitis. Unforfortunately, there are some devastating potential side effects of this medication. Here is what you need to know about Cipro side effects.

When a man has prostatitis or other infections, many doctors immediately prescribe antibiotics like Cipro. Many times the antibiotics don’t work, and that is because the majority of prostatitits cases are not caused by bacteria. Men with chronic prostatitis/chronic pelvic pain syndrome (CP/CPPS) usually do not have any bacteria present and that is why traditional medicine is not usually successful in treating it.
Part of the problem is that fluoroquinolones are often inappropriately prescribed. Instead of being reserved for use against serious, perhaps life-threatening bacterial infections like hospital-acquired pneumonia, these antibiotics are frequently prescribed for sinusitis, bronchitis, earaches and other ailments that may resolve on their own or can be treated with less potent drugs or nondrug remedies — or are caused by viruses, which are not susceptible to antibiotics.

In an interview, Mahyar Etminan, a pharmacological epidemiologist at the University of British Columbia, said the drugs were overused “by lazy doctors who are trying to kill a fly with an automatic weapon.”

Side Effects and Warnings:

Adverse reactions to fluoroquinolones may occur almost anywhere in the body. In addition to occasional unwanted effects on the musculoskeletal, visual and renal systems, the drugs in rare cases can seriously injure the central nervous system (causing “brain fog,” depression,hallucinations and psychotic reactions), the heart, liver, skin (painful, disfiguring rashes and phototoxicity), the gastrointestinal system (nausea and diarrhea), hearing and blood sugar metabolism.

The rising use of these potent drugs has also been blamed for increases in two very serious, hard-to-treat infections: antibiotic-resistant Staphylococcus aureus (known as MRSA) and severe diarrhea caused by Clostridium difficile.

Here is the black box warning for Cipro side effects:

*Fluoroquinolones, including CIPRO, are associated with an increased risk of tendinitis and tendon rupture in all ages. This risk is further increased in older patients usually over 60 years of age, in patients taking corticosteroid drugs, and in patients with kidney, heart or lung transplants.

*If you are taking Cipro, make sure to let your doctor know right away if you experience any symptoms of tendinitis such as pain, swelling, tenderness, stiffness of a muscle or joint. You should stop taking Cipro and see a doctor immediately if you:

*Feel or hear a pop in a tendon area

*Bruise in a tendon area after an injury

*Another serious side effect is peripheral neuropathy, or nerve damage, which can sometimes occur within the first few days of starting Cipro. Most patients describe this nerve damage as a pain, tingling, or numbness in the arms or legs, but any muscle group can be affected. Some people even experience a change in their ability to feel light touch, pain, cold, or heat. If the neuropathy generally resolves you stop the medication, but it can result in permanent damage if you keep taking it. Sometimes the nerve damage does not go away even after you stop taking the medication.

Besides tendinitis, tendon rupture, tendon swelling, and nerve damage, other common Cipro side effects include:

Some of the more serious side effects include the following:

It is important to understand the potential side effects and risks of any medication you take. If you are not comfortable with the risks, you can always talk to your doctor about switching to a new medication or asking about alternative treatments. In cases of CP/CPPS, natural and alternative treatments are more successful than antibiotics, which can have negative effects on immunity and intestinal health as well. 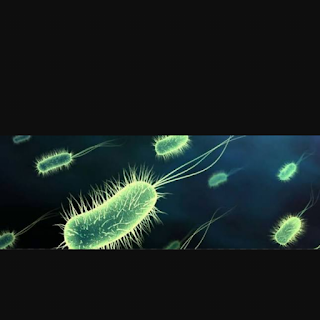 Taking antibiotics can affect your health negatively by killing off not just any harmful bacteria but by also killing off the beneficial bacteria in your gut (normal. Flora). If you have taken any antibiotics, your balance between the probiotics(the yeasts and “good” bacteria and gut microflora) and the harmful bacteria is off. This can cause diarrhea, gum problems, ulcers, and rashes. It also can affect your immunity as scientists are now realizing that 70 to 80 percent of your immune function is controlled by the gut. That is why it is recommended to take a quality probiotic supplementto replenish the levels of good bacteria and restore this important balance. Foods that contain probiotics include yogurt, kefir, and fermented vegetables like African oil bean (ugba).

Other natural ways to restore your health and immunity, as well as control prostatitis, is to get regular exercise and to look at your diet. Eat a healthful Mediterranean style diet that includes fruits and vegetables, a lot of dietary fiber, plant-based sources of protein, and fish. Stick with whole foods and avoid processed foods. Remove foods that can exacerbate prostatitis symptoms, such as acidic foods, alcohol, caffeine, spicy foods, wheat, and gluten. Look into finding out whether you have any food intolerances or allergies. Many men find that trying a wheat-free diet or a gluten-free diet helps them to manage their prostatitis symptoms.