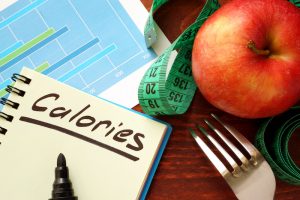 But what about the type of calories: Does it matter if they come from specific nutrients-fat, protein, or carbohydrate? Specific foods-whole grains or pop-corn? Specific diets-the Mediterranean diet or the “Keto” diet? And what about when or where people consume their calories: Does eating breakfast make it easier to control weight? Does eating at fast-food restaurants make it harder?

There’s ample research on foods and diet patterns that protect against heart disease, stroke, diabetes, and other chronic conditions. The good news is that many of the foods that help prevent disease also seem to help with weight control-foods like whole grains, vegetables, fruits, and nuts. And many of the foods that increase disease risk-chief among them, refined grains and sugary drinks-are also factors in weight gain. Conventional wisdom says that since a calorie is a calorie, regardless of its source, the best advice for weight control is simply to eat less and exercise more. Yet emerging research suggests that some foods and eating patterns may make it easier to keep calories in check, while others may make people more likely to overeat.

It really looks like the percentage of calories from carbs, fats or proteins do not really contribute to weight gain. So, the quantity of macronutrients you consume per day might not be directly proportional to the weight you add-on. In saner climes, there may be some benefits to a higher protein, lower carbohydrate approach, or even a high fat, low carb approach. For chronic disease prevention, though, the quality and food sources of these nutrients matters more than their relative quantity in the diet. And the latest research suggests that the same diet quality message applies for weight control.

Low-fat diets have long been touted as the key to a healthy weight and to good health. But the evidence just isn’t there: Over the past  years globally and especially in western countries, the percentage of calories from fat in people’s diets has gone down, but obesity rates have skyrocketed.  “Carefully conducted clinical trials have found that following a low-fat diet does not make it any easier to lose weight than following a moderate- or high-fat diet”. In fact, study volunteers who follow moderate- or high-fat diets lose just as much weight, and in some studies a bit more, as those who follow low-fat diets. And when it comes to disease prevention, low-fat diets don’t really appear to offer any special benefits except in very strict conditions.

“Part of the problem with low-fat diets is that they are often high in carbohydrates, especially from rapidly digested sources, such as white bread and white rice. And diets high in such foods might further increase the risk of weight gain, diabetes, and heart disease”.

For good health, the type (in terms of quality) of fat people eat is far more important than the amount , and there’s some evidence that the same may be true for weight control. Studies have shown clearly that over consumption of trans fat and saturated fats would lead to heart and possibly other non-communicable diseases, but not the same with monounsaturated and polyunsaturated fatty acids which offer health benefits.

Although  high-protein diets seem to perform equally well as other types of diets, they still tend to be low in carbohydrate and high in fat or sometimes vice versa as the case may be, so it is difficult to tease apart the benefits of eating lots of protein from those of eating more fat or less carbohydrate. But there are a few reasons why eating a higher percentage of calories from protein may help with weight control:

“Higher protein, lower carbohydrate diets improve blood lipid profiles and other metabolic markers, so they may help prevent heart disease and diabetes”. But some high-protein foods are healthier than others: High and uncontrolled intakes of red meat and processed meat are associated with an increased risk of heart disease, diabetes, and colon cancer.

Replacing red processed meat with nuts, beans, fish, or poultry seems to lower the risk of heart disease and diabetes.  And this diet strategy may help with weight control, too, according to a recent study from the Harvard School of Public Health.

Lower carbohydrate, higher protein or even lower carbs, moderate protein and high fat diets may have some weight loss advantages in the short term.  Yet when it comes to preventing weight gain and chronic disease, carbohydrate quality is much more important than carbohydrate quantity.

‘Milled, refined grains and the foods made with them-white rice, white bread, white pasta, processed breakfast cereals, and the like-are rich in rapidly digested carbohydrates. So are potatoes and sugary drinks. The scientific term for this is that they have a high glycemic index and glycemic load. “Such foods cause fast and furious increases in blood sugar and insulin that, in the short term, can cause hunger to spike and can lead to overeating-and over the long term, increase the risk of weight gain, diabetes, and heart disease”.

Are there Specific Foods that Make It Easier or Harder to Control Weight?

There’s growing evidence that specific food choices may help with weight control, but does not suggest that one food will help in weight loss or gain (super food). The good news is that many of the foods that are beneficial for weight control also help prevent heart disease, diabetes, and other chronic diseases. There are a number of foods and drinks that contribute to weight gain—chief among them, refined grains and sugary drinks—also contribute to chronic disease.

Whole grains-whole wheat, brown rice, barley, and the like, especially in their less-processed forms-are digested more slowly than refined grains. So they have a gentler effect on blood sugar and insulin, which MAYhelp keep hunger at bay. The same is true for most vegetables and fruits. These “slow carb” foods have bountiful benefits for disease prevention, and there’s also evidence that they can help prevent weight gain.

Don’t narrow your mind down to the fact that the calories from whole grains, whole fruits, and vegetables disappear. What’s likely happening is that when people increase their intake of these foods, they cut back on calories from other foods. Fiber may be responsible for these foods’ weight control benefits, since fiber slows digestion, helping to curb hunger. Fruits and vegetables are also high in water, which may help people feel fuller on fewer calories.

“Nuts pack a lot of calories into a small package and are high in fat, so they were once considered taboo for dieters or even anyone who wants to stay healthy. But as we may have it, studies find that eating nuts does not lead to weight gain and may instead help with weight control, perhaps because nuts are rich in protein and fiber, both of which may help people feel fuller and less hungry. People who regularly eat nuts are less likely to have heart attacks or die from heart disease than those who rarely eat them, which is another reason to include nuts in a healthy diet.

“The U.S. dairy industry has aggressively promoted the weight-loss benefits of milk and other dairy products, based largely on findings from short-term studies it has funded. But a recent review of nearly 50 randomized trials finds little evidence that high dairy or calcium intakes help with weight loss. Similarly, most long-term follow-up studies have not found that dairy or calcium protect against weight gain, and one study in adolescents found high milk intakes to be associated with increased body mass index.

One exception is the recent dietary and lifestyle change study from the Harvard School of Public Health, which found that people who increased their yogurt intake gained less weight; increases in milk and cheese intake, however, did not appear to promote weight loss or gain. It’s possible that the beneficial bacteria in yogurt may influence weight control, but more research is needed.

Yoghurt tends to keep the gut health at check and easily filling with less calorie, it could proffer solutions to the weight loss saga.

Like refined grains and potatoes, sugary beverages are high in rapidly-digested carbohydrates. Research suggests that when that carbohydrate is delivered in liquid form, rather than solid form, it is not as satiating, and people don’t eat less to compensate for the extra calories. Liquid calories might tend to increase weight more than solid due to its low levels of satiety after consumption.

It’s important to note that fruit juices are not a better option for weight control than sugar-sweetened beverages ( who even suggested that?). Ounce for ounce, fruit juices-even those that are 100 percent fruit juice, with no added sugar- are as high in sugar and calories as sugary sodas. So it’s no surprise that a recent Harvard School of Public Health study, which tracked the diet and lifestyle habits of 120,000 men and women for up to 20 years, found that people who increased their intake of fruit juice gained more weight over time than people who did not. Pediatricians and public health advocates recommend that children and adults limit fruit juice to just a small glass a day, if they consume it at all.

It’s better to take fruits in their fresh form than their processed and packaged form.

Even though most alcoholic beverages have more calories per ounce than sugar-sweetened beverages, there’s no clear-cut evidence that moderate drinking contributes to weight gain. It probably would lead to a protruded tummy because of the fact that the liver metabolizes it first after a meal and stores visceral fat during the process. While the recent diet and lifestyle change study found that people who increased their alcohol intake gained more weight over time, the findings varied by type of alcohol.  In most previous prospective studies, there was no difference in weight gain over time between light-to-moderate drinkers and nondrinkers, or the light-to-moderate drinkers gained less weight than nondrinkers. If you’ve seen heavy alcoholics in Nigeria, they’re actually lanky and look like a bag of bones.

There is some evidence that skipping breakfast increases the risk of weight gain and obesity, though the evidence is stronger in children, especially teens, than it is in adults. Meal frequency and snacking have increased over the past years globally. -on average, children and most teen-adults get 27 percent of their daily calories from snacks, primarily from desserts and sugary drinks, and increasingly from salty snacks and candy. But there have been conflicting findings on the relationship between meal frequency, snacking, and weight control, and more research is needed.

“Since the 1970s, portion sizes have increased both for food eaten at home and for food eaten away from home, in adults and children. Short-term studies clearly demonstrate that when people are served larger portions, they eat more. There is an intuitive appeal to the idea that portion sizes increase obesity, but long-term prospective studies would help to strengthen this hypothesis.

Weight gain in adulthood is often gradual, about a pound a year -too slow of a gain for most people to notice, but one that can add up, over time, to a weighty personal and public health problem. There’s increasing evidence that the same healthful food choices and diet patterns that help prevent heart disease, diabetes, and other chronic conditions may also help to prevent weight gain:

Though the contribution of any one diet change to weight control may be small, together, the changes could add up to a considerable effect, over time and across the whole society. Since people’s food choices are shaped by their surroundings, it’s imperative for governments to promote policy and environmental changes that make healthy foods more accessible and decrease the availability and marketing of unhealthful foods.