BEETROOTS: THE PURPLE BALL OF HEALTH 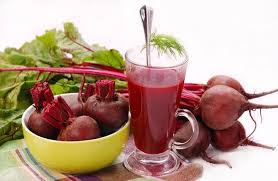 I recently had an encounter with this purple beauty. Quite pleasant I must say. I did try to use it on a patient of mine, although after much research and thought I decided against it, I thought it wise to find out what it does have to offer, which turns out to be a lot. Everyone seemed to have something lovely to say about the onion-like root, so…
One cup (100 grams) of raw beets contains 58 calories, 13 grams of carbohydrate(including 9 grams of sugar and 4 grams of fiber) and 2 grams of protein. It provides 1% of daily vitamin A needs, 2% of calcium, 11% of vitamin C and 6% of iron.

Beetroot is a rich source of folate and manganese and also contains thiamine, riboflavin, vitamin B-6, pantothenic acid, choline, betaine, magnesium, phosphorus,potassium, zinc, copper and selenium. Beets are high in dietary nitrate, which is believed to be the reason why many of the potential health benefits of beetroot are being studied. New products incorporating this highly nutritious food are sprouting up everywhere, especially in juices and drinks.

Beetroot, or table beets, although from the same family as sugar beets (beta vulgaris), are genetically and nutritionally different. Sugar beets are white in color and commonly used for sugar extraction and sweetening manufactured foods. Sugar cannot be obtained from beetroot, which are most commonly found in red and gold varieties.
Now, down to business. What is all the fuss about?

Beets are excellent for the pregnant women and her unborn child. One amazing quality of the root is that it has an abundant supply of folic acid. Folic acid is important for pregnant mums and unborn babies because it is an essential component for the proper formation of the unborn child’s spinal cord, and can protect the child from conditions such as spina bifida (is a congenital disorder where the child’s spinal cord does not form completely and in most cases looks like it has been divided into two at the base). Beetroot also gives mums-to-be that extra energy boost required during pregnancy.

It is a common myth that because beetroot is reddish in colour, it replaces lost blood and is therefore good to treat anaemia. While this may sound a bit outrageous to many, there is a partial truth hidden in the myth. Beetroot contains a lot of iron. Iron helps in the formation of haemagglutinin, which is a part of the blood that helps transport oxygen and nutrients to various parts of the body. It is the iron content and not the colour that helps treat anaemia. 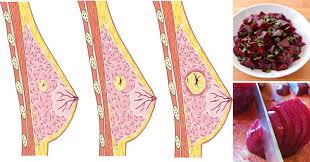 Studies have revealed that beets are good at preventingskin, lung, and colon cancer, since they contain the pigment betacyaninis, which counteracts cancerous cell growth. Nitrates used in meats as preservatives can stimulate the production of nitrosamine compounds in the body which can also result in cancer. Studies have now shown that beet juice inhibits the cell mutations caused by these compounds. Researchers in Hungary have also discovered that beet juice and its powdered form slows down tumor development. Adding a healthy weekly amount of beets to your diet can keep your body cancer-free for a very long time

Beetroot is asource of vitamin C that helps to prevent asthma symptoms. The natural beta carotene in beetroot also helps to prevent lungs cancer. Vitamin C is also a powerful antioxidant that boosts the immune system in a number of ways. Besides acting as an antioxidant itself and defending against the effects of free radicals in the body, vitamin C also stimulates the activity of white blood cells, which is the body’s main line of defense against foreign bodies, as well as viral, bacterial, fungal, and protozoan toxins that can result in a multitude of infections and illnesses. Vitamin C’s range goes from fighting the sniffles to reducing the chances of cancer, and beets has plenty of vitamin C!

The presence of beta-carotene, which is a form of vitamin A, helps to prevent age-related blindness called cataracts as well as a reduction in macular degeneration that commonly occurs as we get older. Vitamin A is considered a powerful antioxidant substance that is involved in many essential activities in the body.

Also known as ‘natural Viagra’, beetroot has been commonly used in a number of ancient customs to boost one’s sexual health. Since the vegetable is a rich source of nitrates it helps release nitric oxide into the body, widening the blood vessels, and increasing blood flow to the genitals – a mechanism that medicines like Viagra seek to replicate. Another factor is that beetroot contains a lot of boron, a chemical compound that is important for the production of the human sex hormone. So the next time, ditch the blue pill and have some beetroot juice instead.

Beets and your Heart Health:

Beet fiber helps toreduce cholesteroland triglycerides by increasing the level of HDL cholesterol (“good” cholesterol). Having a high level of triglycerides increases the risk for heart related problems, so increased HDL is a good line of defense against that. The presence of the nutrient betaine lowers the levels of homocysteine in the body which can also be harmful to the blood vessels. Thus, consumption of beetroot helps to prevent cardiovascular diseases in multiple ways, so conditions like ahterosclerosis, heart attacks, and strokes are less likely to develop. The fiber in beets also works to strip excess LDL cholesterol from the walls and help to eliminate it from the body quickly.

Researchers at Wake Forest University have found that drinking juice from beetroot can improve oxygenation to the brain, slowing the progression ofdementiain older adults. According toDaniel Kim-Shapiro, director of Wake Forest’s Translational Science Center, blood flow to certain areas of the brain decrease with age and leads to a decline in cognition and possible dementia. Consuming beetroot juice as part of a high nitrate diet can improve the blood flow and oxygenation to these areas that are lacking.

Because of its high fiber content, beetroot helps to prevent constipation and promote regularity for a healthy digestive tract.

betalain and carotenoid phytonutrients, however, beets are also an unusual source of betaine. Betaine is a key body nutrient made from the B-complex vitamin, choline. (Specifically, betaine is simply choline to which three methyl groups have been attached.) In and of itself, choline is a key vitamin for helping regulate inflammation in the cardiovascular system since adequate choline is important for preventing unwanted build-up of homocysteine. (Elevated levels of homocysteine are associated with unwanted inflammation and risk of cardiovascular problems like atherosclerosis). But betaine may be even more important in regulation of our inflammatory status as its presence in our diet has been associated with lower levels of several inflammatory markers, including C reactive protein, interleukin-6, and tumor necrosis factor alpha. As a group, the anti-inflammatory molecules found in beets may eventually be shown to provide cardiovascular benefits in large-scale human studies, as well as anti-inflammatory benefits for other body systems.

The beta-carotene present in beetroot aids in reducing or slowing macular degeneration in the eyes.Macular degenerationis often associated with an increase in free radicals, which drastically affect the premature aging process of many people. The beta-carotene is a powerful form of vitamin A, which has antioxidant capabilities and defends the eyes against the damaging effects of these free radicals.

A deficiency of potassium in the body increases the risk of stroke. Therefore, the potassium-rich beetroot is recommended to boost heart health for that reason as well. Potassium is called a vasodilator, meaning that it relaxes the blood vessels and reduces blood pressure throughout the body. When blood pressure is reduced and the vessels and arteries are no longer contracted, blood clots are far less likely to form, or get stuck, and the plaque that may have built up along the walls of your blood vessels will not accumulate more detritus to form additional clots. What is more impressive is that studies have shown the effect to be ongoing. Blood pressure will continue to drop over the course of 24 hours, as though beets are naturally delaying their effects so the body can adjust, rather than plummeting the blood pressure at a dangerous speed. 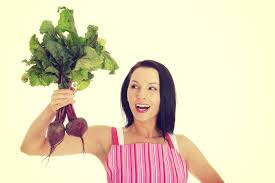 Beets contain a significantamount of carbohydratesthat provides fuel for energy and prolonged sports activities. These are the natural building blocks of energy metabolism, and beets provide them without any of the negative side effects of many other carbohydrate-heavy foods. When the body has a sufficient amount of carbohydrates, it is able to fuel all of the necessary bodily functions as well, including the important metabolic reactions that keep your organ systems functioning efficiently. In a related function, researchers have noticed that oxygen uptake is greatly increased by people who drink beet juice due to the high nitrate content. The results show that oxygen uptake increases by up to 16%, which is an unheard of boost, and is actually more than a normal person can improve by, even when training extensively. This increases stamina for exercising and participating in sports, making beet juice an interesting sports drink that most people would never consider.

Eat Your Beet Greens Too!

If you simply throw away the green leafy tops to your beets, you’re doing yourself a disservice, as these are among the healthiest part of the plant. Besides containing important nutrients like protein, phosphorus, zinc, fiber, vitamin B6,magnesium, potassium, copper, and manganese, beet greens also supply significant amounts of vitamin A, vitamin C, calcium, and iron. Beet greens actually have even more iron than spinach (another leafy green in the same botanical family) as well as a higher nutritional value overall than the beetroot itself. They also strengthen your immune system by stimulating the production of antibodies and white blood cells
If you’ve never tried beet greens before, don’t let them intimidate you. They can be added raw to vegetable juice or sautéed lightly right along with other greens like spinach and Swiss chard.

Warning:
Beets contain oxalates, which when consumed in excess can cause bodily fluids to crystallize. People with kidney or gallbladder problems should avoid beetroots because they could exacerbate kidney and bladder stones.