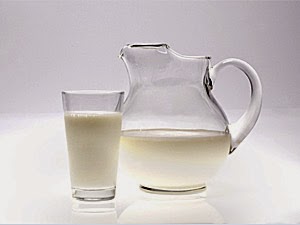 Both in my profession and on advertorials, the propaganda of “skimmed milk” has been beaten and over emphasized as a great substitute for the overweight and diabetic. Its merits over the whole version has been advocated by so many schools of thought. Now i’m not here to dissuade it’s consumption but to bring recent findings and events on the topic to your awareness. Its good you have information on the two sides of the coin so as to aid choice.
The Dietary Guidelines recommend everyone aged nine years and older consume the equivalent of three cups of milk per day. Part of the reason is that several studies show that a diet rich in fruits and vegetables plus three cups of milk or yogurt per day, increased people’s weight loss and helped them manage their weight better. A study indicated that calcium-rich dairy products helped people lose more weight from the abdominal region (stomach area) than those taking calcium supplements or eating a low-calcium diet. Keep in mind that dairy’s calcium is also showing promise in protecting you from colon cancer while it helps normalize blood pressure and plays an important role in blood clotting,
1. Low-fat foods do not lower calorie consumption:
Low-fat versions are supposed to reduce the amount of calories that people eat, and in an absolute sense, they do. A cup of low-fat milk contains fewer calories than a cup of whole milk. But Ludwig and Willett note that there isn’t much evidence to support the idea that drinking lower-calorie beverages in general leads to lower-calorie intake. Reduced-fat foods and drinks may not be as filling, so consumers may end up compensating for the lack of calories and eating or drinking more. In a study published in the Archives of Disease in Childhood in March, scientists found that kids who drank lower-fat milks were actually more likely to be overweight later on.
2. Low-fat milk increases levels of triglyceride fats:
Whole milk’s high saturated-fat content has been linked to higher cholesterol. But low-fat milk may lead drinkers to consume more high-glycemic-index foods, which can increase the level of triglycerides that can amplify the effect of heart-disease risk factors such as high cholesterol and hypertension.
3. The rise of sugar-sweetened flavored milk:
Some schools and health experts condone flavored milk as a way to get kids to drink it — and the kids do. But while these versions may have 3 g less saturated fat, they also contain about 13 g more sugar than whole milk per cup.
Finally, it should not be forgotten that research has shown that skimmed milk also provides less nutrients than whole. Full-fat dairy is a vital source of the fat-soluble vitamins A, D, E and K as well as calcium and phosphorus, the minerals that work with vitamin D for build strong bones. But the term ‘fat-soluble’ means that these vitamins need to be delivered in or with fat for the nutrients to be available to the body. Taking the fat out makes it difficult or even impossible to absorb them. Drinking skimmed milk might be making us fat, experts have warned. They say that reduced fat foods might not be as filling, which could lead consumers to compensate by eating and drinking more. A previous study found that those who drank low fat milk had a higher chance of being overweight later on in life.