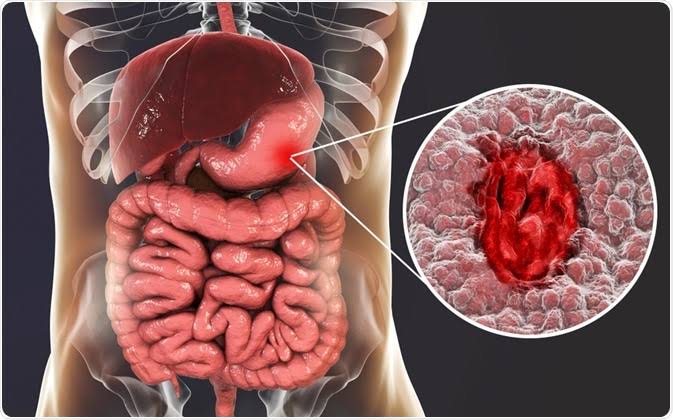 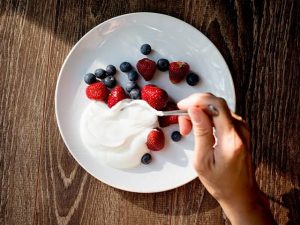 Ulcers are sores that can develop in different parts of the body, maybe due to inflammation or bruises.

Gastric ulcers, however, are sores that develop in the lining of the stomach. They are very common and can affect both young and old, men and women alike.

Unlike popular belief, prolonged hunger is not the actual cause of gastric or stomach ulcers but an infection caused by the Helicobacter pylori bacteria which can alter the environment of your stomach.

Other common causes include stress, smoking, excess alcohol consumption and the overuse of anti-inflammatory medications, such as aspirin and ibuprofen.

This article therefore would point to some simple home remedies for ulcer pains.

This particular juice has been used decades before the advent of antibiotics for the treatment of stomach ulcers.

Cabbage juice is rich in vitamin C, an antioxidant shown to help prevent and treat H. pylori infections. These infections are the most common cause of stomach ulcers.

To back this up, several studies have shown how effective this juice is in managing ulcer symptoms.

In one study, 13 participants suffering from stomach and upper digestive tract ulcers were given around one quart (946 ml) of fresh cabbage juice throughout the day.

On average, these participants’ ulcers healed after 7–10 days of treatment. This is 3.5 to 6 times faster than the average healing time reported in previous studies in those who followed a conventional treatment (9Trusted Source).

Turmeric is a spice well known for its yellowish colour.

The active compound in turmeric, called curcumin has been found to have medicinal properties which includes improved blood vessel function and reduced inflammation (a major cause of several diseases).

Limited studies have been done in humans. One study gave 25 participants 600 mg of turmeric five times per day.

In another, individuals who tested positive for H. pylori were given 500 mg of turmeric four times per day.

After four weeks of treatment, 63% of participants were ulcer-free. After eight weeks, this amount increased to 87%.

Probiotics are live microorganisms that offer an array of health effects ranging from your gut to your mind.

Also, they have ability to fight ulcers as they displace the virus causing the ulcer, if its caused by H,pylori. They introduce new and healthy bacteria to the gut environment.

Although the way this works is still being investigated, probiotics seem to stimulate the production of mucus, which protects the stomach lining by coating it.

These foods can help manage ulcer symptoms and ease ulcer pains, they don’t have the ability to cure ulcers. So, it won’t be advisable to leave your drugs and focus on only these foods.