YEAST: THE FOOD THAT EATS YOU 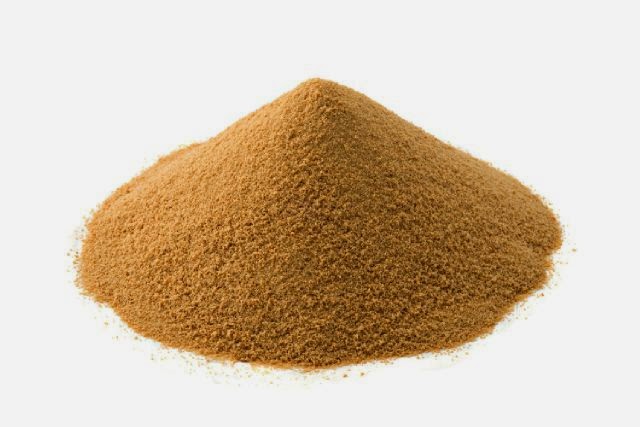 Yesterday in my piece on unleavened bread, I promised you guys something on yeast right?..well here you go.

What Is Brewer’s Yeast?
Brewer’s yeast is a byproduct of the beer industry. It absorbs vitamins and nutrients from the other ingredients such as hops, barley and malt involved in the brewing process. As the yeast absorbs nutrients it also absorbs flavors, which are often bitter. Companies use a process to remove the bitterness from the product but often this also removes some of the nutritional content. During this process nearly all of the chromium is lost. Chromium supplements must be used when using this type of yeast.
Nutrients
Comprised of 52 percent protein, brewer’s yeast is an excellent low-fat source of protein and is a favored energy food among fitness enthusiasts for use in smoothies and juices. Brewer’s yeast is also a good source of certain minerals, such as selenium and chromium and B-complex vitamins. Though naturally lacking in vitamin B-12, notes the University of Maryland Medical Center, some manufacturers of brewer’s yeast supplements fortify the yeast with the vitamin.
How does it work?

Due to the chromium content of brewer’s yeast, there is interest in using it for lowering blood glucose in people with diabetes. Chromium may help the body use insulin more effectively and this can lower blood sugar levels. Additionally, brewer’s yeast seems to stimulate chemicals (intestinal enzymes) that could help relieve diarrhea. It also might help fight bacteria that cause infections in the intestine, as well as improve the body’s defenses against viral lung infections such as flu and the common cold. Brewer’s yeast is a source of B vitamins and protein.
Uses

Brewer’s yeast is traditionally used as a source of vitamin B, selenium, and chromium, especially by vegetarians. Clinical trials have evaluated yeast for a role in immunomodulation, respiratory infections, prevention of postsurgical infections (as beta-glucan), and as a source of dietary fiber to improve the lipid profile.
Blood Sugar (Diabetes):

Brewer’s yeast provides one of the highest quality and most easily absorbable forms of chromium of any food, according to Cox Health. Chromium is a trace mineral that assists in the breakdown of energy-yielding nutrients such as carbohydrates and fats for energy. Brewer’s yeast provides about 4.7 micrograms of chromium per gram. A study published in the July 2011 issue of the “Journal of Trace Elements in Medicine and Biology” found that chromium exerted beneficial effects on blood sugar and cholesterol levels in individuals recently diagnosed with Type 2 diabetes. Participants consumed 9 grams of brewer’s yeast per day for 40 days. Results showed a 42 percent reduction in fasting blood sugar levels and a 28 percent drop in hemoglobin A1c, or HbA1c, a measure of average blood sugar over a 3-month period. Levels of low-density lipoprotein, or LDL, the bad form of cholesterol, were also reduced by 17 percent.
Riboflavin Source:

Yeast is a good source of vitamin A which is very vital for maintaining sight among other functions.Vitamin A is required for normal cell growth and development. Although the mechanisms by which vitamin A promotes cell growth and development are not yet fully understood, it is known that retinoic acid is necessary for the synthesis of many glycoproteins, which control cellular adhesion (the ability of cells to attach to one another), cell growth, and cell differentiation. Vitamin A is also known to be required for proper production of sperm (through a process called spermatogenesis).
Cancer:

Some forms of cancer may be prevented by brewer’s yeast, according to a cell culture study published in the June 2012 issue of the journal “Cytotechnology.” In the study, beta-glucan, a polysaccharide molecule found in brewer’s yeast, protected against DNA damage from ultraviolet light. In a study published in the September 2012 issue of the journal “Biochemical and Biophysical Research Communications” brewer’s yeast demonstrated the ability to prevent structures at the ends of chromosomes from becoming eroded, a process that can lead to cancerous cell division. Researchers note that a protein in brewer’s yeast is similar in structure to a protein that participates in human cell division.
Immune Function:

Brewer’s yeast may help improve immune function, according to the University of Utah Health Care. Immune benefits of brewer’s yeast include inhibition of Clostridium difficile, an antibiotic-resistant bacteria that causes diarrhea. Brewer’s yeast also inhibits the food-borne pathogens Salmonella and E. coli, according to a study published in the March 2007 issue of the “Journal of Medical Microbiology.” Brewer’s yeast prevented spread of Salmonella to the liver and improved liver function, allowing more effective removal of bacteria from the bloodstream. Researchers concluded that brewer’s yeast bolstered the immune system by acting both locally — at the site of infection — and systemically — throughout the body.
Contraindications:

Although it’s fine to eat baked bread, never eat raw active yeast because these fungi are still alive and will continue to ferment in your digestive system, where they will eat your body’s B-vitamins and produce gas.yeast may feed detrimental bacteria such as Candida and contribute to asthma, Crohns Disease and gout.It is therefore recommended to reduce or eliminate the consumption of yeasts if you are afflicted with these conditions.
It is imperative that yeasts are eliminated when there is an exacerbation of symptoms of candida as it feeds the production of digestive bacteria.
read more