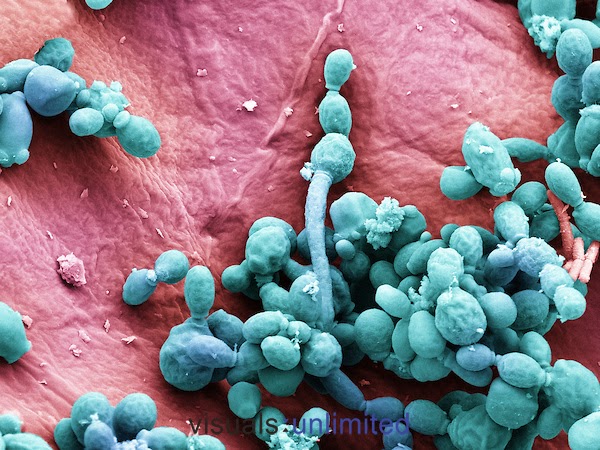 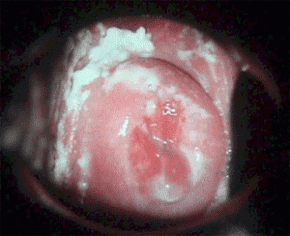 Today’s content is just for the eyes of mature ladies. It consists of the most private plagues of the women folk today “Vaginal thrush”. It tells you virtually everything you need to know about the affliction.
Vaginal thrush also known as candiditis is a very common yeast infection. It is said that three out of four women will have it at some point in their lifetime. The fungus known as Candida Albicans causes 80% out of 90% vaginal yeast infections. It may attack the skin, the folds of the fingers and frequently internal organs like the kidneys or the liver. Normally, the organism exists in these organs and even in the stool and sputum and causes no symptoms until something triggers them into activity.
Causes:
Candiditis often occurs along side problems of malnutrition, imbalance of hormones or blood disorders. It occurs more often when one is ill or comes under a lot of stress. The chance of contracting this illness is increased when one takes antibiotics as these may interfer with the normal. Bacterial flora of the vagina. Also be careful when you take contraceptives containing estrogen as these also increase chances of contracting thrush. It often flares up in women who are pregnant, with poorly managed diabetes aand weakened immune systems or history of allergies.
Other factors that may contribute include wearing tight fitting underwear and the use of sanitary towels, tampons or vaginal douching and poor female hygiene. Some soaps are also known to cause thrush so washing your vagina with soap or sitting in a bath tub full of it is believed to be a recipe for thrush. Damp or wet underwear can also increase chances as well as women practicing oral sex.
Symptoms of Thrush may include:
* A thick white or creamy vaginal discharge (may be cottage-cheese like in appearance, with or without odor).
*Itchiness and redness in and around the vagina.
*Discomfort and/or pain during sexual intercourse.
* Burning sensation on urination.
Natural Treatment for Thrush Involves the use of anti-fungal herbs (internal and external applications to destroy the fungus), fruits and vegetables, supplements (to boost the immunity) and making some. Life style and dietary changes as follows:

Herbs:
Herbal tea made from one or more of the following listed herbs:
Basil, cinnamon, ginger, thyme, tumeric, dandelion, nettle, corn silkk, yarrow, horsetil (misin misin goro-Yoruba); Gongronema latifolium (utazi in igbo); Momordica charantia (ejirin in Yoruba) and Moringa oleifera.
1/4 liter of boiled water is poured over one heaped teaspoon of any herb of your choice, infused for a short time, not sweetened. Take a cup the infusion three to five times a day, for 5 days.
Note: Recurrent thrush infections (those that have been confirmed by a physicians) may require a longer course of treatment before they go away.
Fruits and vegetables:
Cranberry, grapefruit, cucumber, lemon, melon, pineapple, beetroot, cabbagen carrots, lettuce, garlic, onions, parlsey, pumplkin, radish, spinach, watercress and zucchini.
One or more more of the above listed fruits/vegetables should be juiced- half glass of the juice may be mixed with an equal quantity of water and taken twice-thrice a day.

Nutritional health supplements:
A.) Alfalfa sprouts, almond, algae powder, pure cocoa, coconut milk, flax oil, green tea, olive oil, pine nuts, sesame oil, sesame seeds, homemade soya milk, spirulina.
B.) Sit in a bath- pain and itching can be be relieved by immersing the pelvis for 20-30 minutes in hot water in which a handful of salt has been added. Do this for 5 days, by which time most discomforts should have subsided.
Get instant relief with my very simple but effective remedies for vaginal thrush:
C.) Coconut water: half glass of tender coconut water should be taken two times a day (first things in the morning and repeated before bed time).
D.) Spinach: a quantity of 100 ml of fresh fresh spinach juice should be mixed with tender coconut water in the ratio of 1:1 and then taken two-three times a day to flush out the fungus. This combination acts a very active effective and safe diuretic due to as a very effective and safe diuretic due to the combined actions of both nitrates and potassium.
E.) Water melon (medium sized), parlsey (a bunch or two) and 3 cloves of garlic made fresh at home with a juicer will make a jiucy drink alongside an antiseptic. Enjoy!
Lifestyle Changes and Precautions:
Change underwear daily and wash thoroughly in hot water (to destroy fungus) and if possibly use hot iron after drying.
Avoid wearing tight fitting clothing like jeans, underwear made from synthetic fiber and panty liners (as these create moist, warm environments which may encourage fungus growth). Intsead wear cotton or silk underwear, which allows excess moisture to evaporate.
In order to maintain natural balance in there, avoid douching and taking bathes with bubble bath, soaps, bathe salts e.t.c instead use warm/ mildly hot water in cleansing your extremities.
Beware of using toilet paper during menstruation as this increases chances of thrush.

Consuming yoghurts or other products containing probacteria may help prevent thrush.
Maintaining a strong immune system by eating a well balanced diet, getting enough sleep and managing stress levels go a long way in keeping thrushes at an arms-length.
COMPLIMENTS OF THE SEASON !!
read more