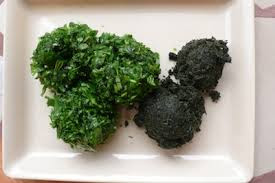 In southern Nigeria the Igbo people call the leaves ‘utazi’ and the Yoruba people ‘arokeke’. They are sharp-bitter and sweet and widely used as a leafy vegetable and as a spice for sauces, soups and salads. The leaves are used to spice locally brewed beer. In Sierra Leone the pliable stems are used as chew sticks. The bark contains much latex and has been tested for exploitation. Some of the principal chemical compounds found in the bitter leaf herb are known as steroid glycosides – type vernonioside B1. These compounds possess potent anti-parasitic, anti-tumor, anti-inflammatory, and anti-bacterial effects. Bitter leaf is one of the best woman friendly plants. It is good for the body either before, during or after menopause. 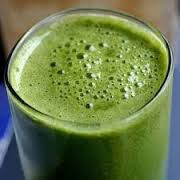 A range of pharmacological tests have shown promising hypoglycaemic activities, and also interesting antibacterial, antioxidant, anti-inflammatory, hepatoprotective, antiplasmodial, anti-asthmatic, anti-sickling, anti-ulcer, analgesic and antipyretic activities. More research is warranted to fully evaluate its potential. Its use, especially in Nigeria, as a vegetable and spice, will remain important as well, and domestication is needed.

A study contained in the Nigerian journal of physiological sciences showed that Utazi leaves contain properties that can significantly reduce the blood sugar level in diabetic patients as well as serve as antioxidant. The study shows that the extracts of utazi may also act by either directly scavenging on the results that effect of metabolism, due to the presence of various antioxidant compounds or by increasing the synthesis of antioxidant molecules. Utazi used locally is very popular as soups for women who have just put to birth as well convalescing patients.
Woman-Friendly!
Bitter leaf takes care of such symptoms as hot flashes, internal heat and rheumatism. With bitter leaf around, women do not need to take artificial oestrogen has its own serious negative side effects. 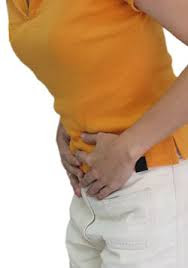 Bitter leaf does not supply oestrogen but helps the body to produce the right amount of oestrogen needed for life function.
read more