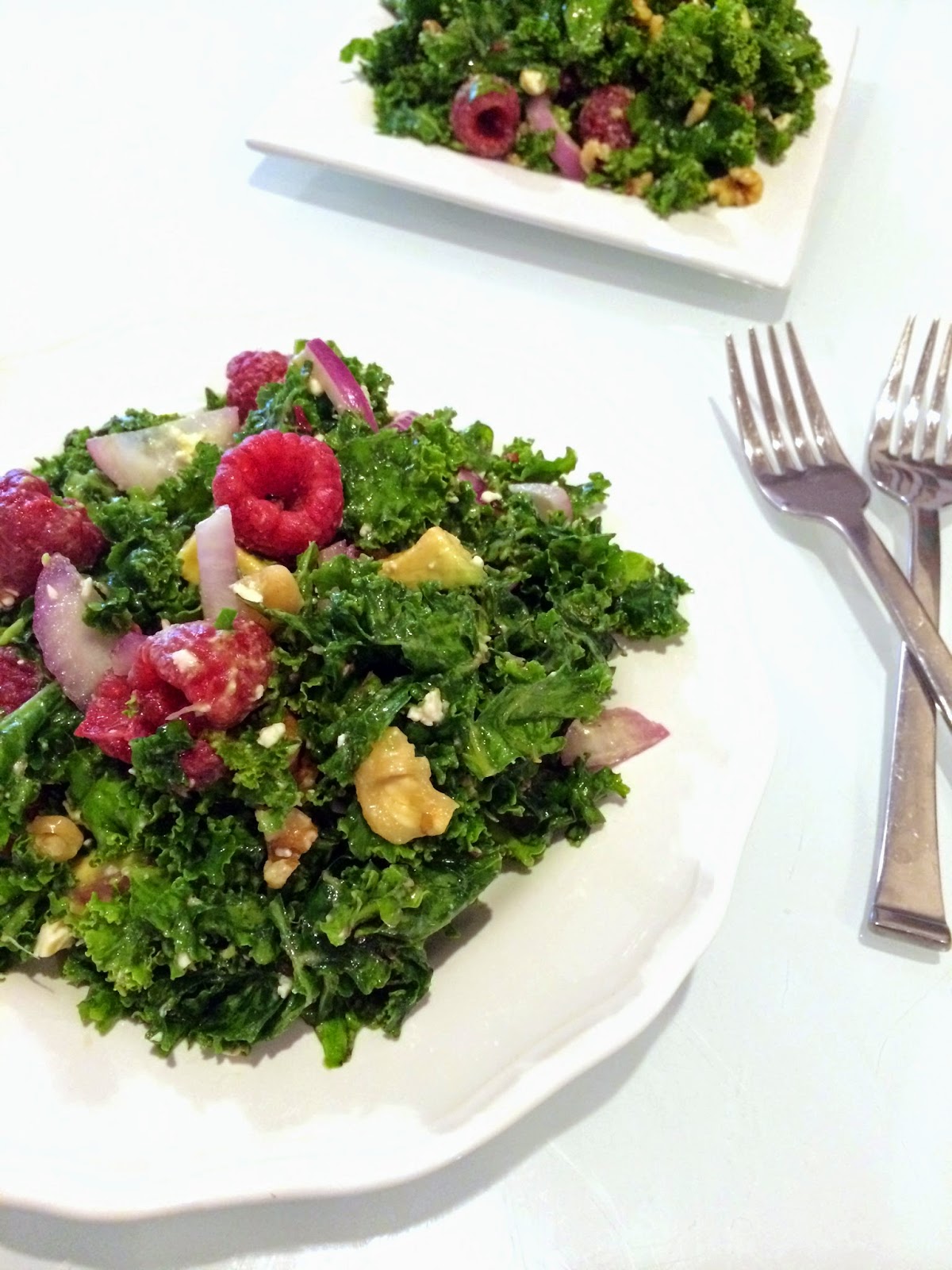 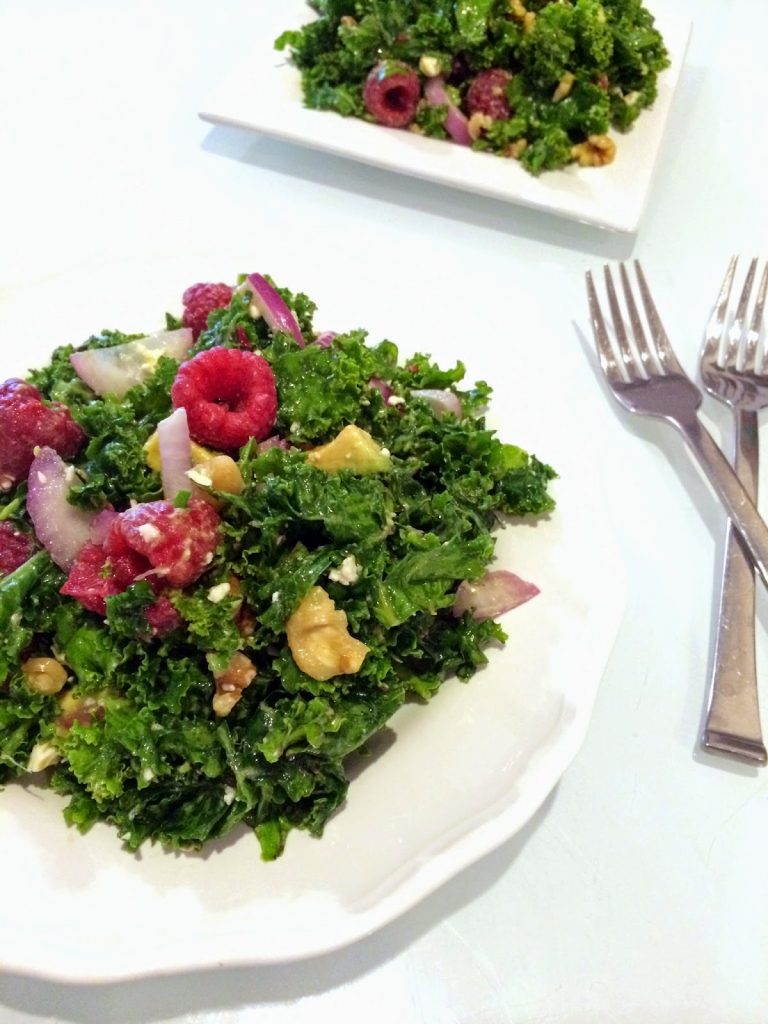 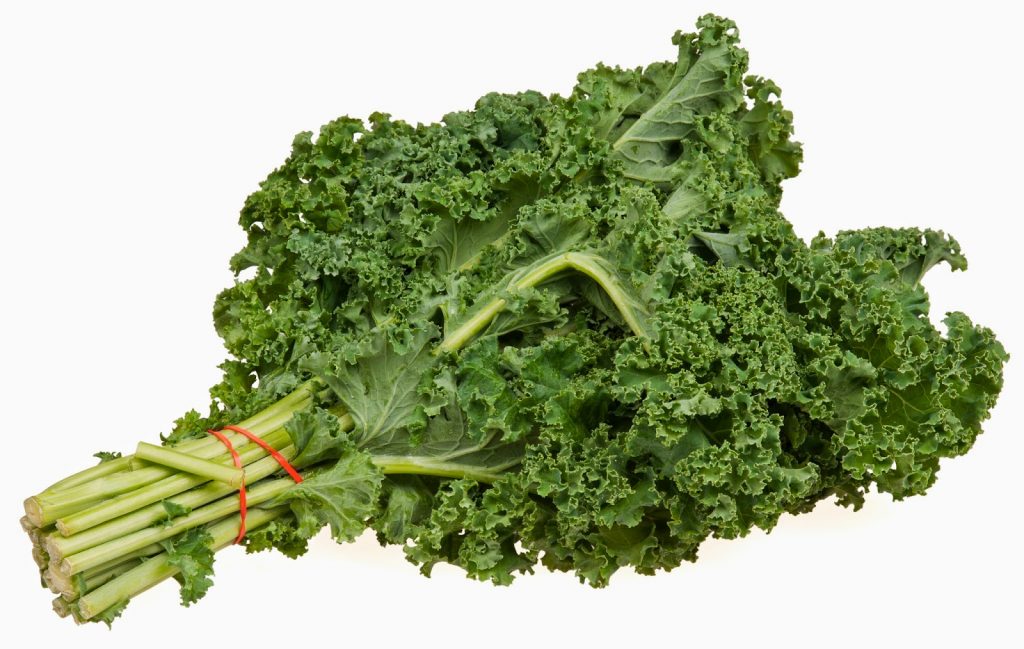 Kale is a leafy green cruciferous vegetable that is chock-full of essential vitaminsA, C and K as well as minerals like copper, potassium, iron, manganese and phosphorus. A cup of fresh kale has only about 40 caloriesbut packs almost 3 grams of protein.
One cup of cooked kale has over 1000% more vitamin C than a cup of cooked spinach and unlike spinach, kale’s oxalate content is very low which means that the calciumand iron in kale are highly absorbable in the human digestive system.

Diabetes:Studies have shown that type 1 diabetics who consume high-fiber diets have lower blood glucose levels and type 2 diabetics may have improved blood sugar, lipids and insulin levels. One cup of chopped fresh kale provides about 2.6 grams of fiber.
The Dietary Guidelines for Americans recommends 21-25 g/day for women and 30-38 g/day for men.
Kale contains an antioxidant known as alpha-lipoic acid, which has been shown to lower glucose levels, increase insulin sensitivity and prevent oxidative stress-induced changes in patients with diabetes. Studies on alpha-lipoic acid have also shown decreases in peripheral neuropathyand/or autonomic neuropathy in diabetics.
Of note, most studies have used intravenous alpha-lipoic acid and it is unsure whether oral supplementation would elicit the same benefits.
Heart disease:The fiber, potassium, vitamin C and B6 content in kale all support heart health. An increase in potassium intake along with a decrease in sodium intake is the most important dietary change that a person can make to reduce their risk of cardiovascular disease, according to Mark Houston, M.D., M.S., an associate clinical professor of medicine at Vanderbilt Medical School and director of the Hypertension Institute at St. Thomas Hospital in Tennesse.
For blood pressure, increasing potassium intake may be just as important as decreasing sodium intake for lowering blood pressure because of potassium’s vasodilation effects.
You can count on kale to provide valuable cardiovascular support in terms of its cholesterol-lowering ability. Researchers now understand exactly how this support process works. Our liver uses cholesterol as a basic building block to product bile acids. Bile acids are specialized molecules that aid in the digestion and absorption of fat through a process called emulsification. These molecules are typically stored in fluid form in our gall bladder, and when we eat a fat-containing meal, they get released into the intestine where they help ready the fat for interaction with enzymes and eventual absorption up into the body. When we eat kale, fiber-related nutrients in this cruciferous vegetable bind together with some of the bile acids in the intestine in such a way that they simply stay inside the intestine and pass out of our body in a bowel movement, rather than getting absorbed along with the fat they have emulsified. When this happens, our liver needs to replace the lost bile acids by drawing upon our existing supply of cholesterol, and, as a result, our cholesterol level drops down. Kale provides us with this cholesterol-lowering benefit whether it is raw or cooked. However, a recent study has shown that the cholesterol-lowering ability of raw kale improves significantly when it is steamed. In fact, when the cholesterol-lowering ability of steamed kale was compared with the cholesterol-lowering ability of the prescription drug cholestyramine (a medication that is taken for the purpose of lowering cholesterol), kale bound 42% as many bile acids (based on a standard of comparison involving total dietary fiber).
Cancer:Kale and other green vegetables that contain chlorophyll have been shown to be effective at blocking the carcinogenic effects of heterocyclic amines, which are generated when grilling foods at a high temperature.If you tend to like your grilled foods charred, make sure to pair them with green vegetables to help negate these effects.
Bone health:Low intakes of vitamin K have been associated with a higher risk for bone fracture.Adequate vitamin K consumption is important for good health, as it acts as a modifier of bone matrix proteins, improves calcium absorption and may reduce urinary excretion of calcium.
One cup of kale provides a whopping 550 micrograms of vitamin K, over 680% of our daily needs.
Digestion:Kale is high in fiber and water content, both of which help to prevent constipationand promote regularity and a healthy digestive tract.
Healthy skin and hair:Kale is high in vitamin A, a nutrient required for sebum production to keep hair moisturized. Vitamin A is also necessary for the growth of all bodily tissues, including skin and hair.
Adequate intake of vitamin C, which kale can provide, is needed for the building and maintenance of collagen, which provides structure to skin and hair.
Iron-deficiency is a common cause of hair loss, which can be prevented by an adequate intake of iron-rich foods, like kale.
Kale is now recognised as providing comprehensive support for the body’s detoxification system. New research has shown that the ITCs’ made from glucosinolates can help help regulate detox at a genetic level.
Researchers can now identify over 45 different flavonoids in kale. With Kaemferol and quercetin heading the list, kales’ flavonoids combine both antioxidant and anti-inflammatory benefits in way that kale has a leasing dietary role with respect to avoidance of chronic inflammation and oxidative stress.
Risks and precautions
Beta-blockers, a type of medication most commonly prescribed for heart disease, can cause potassium levels to increase in the blood. High potassium foods such as bananas should be consumed in moderation when taking beta-blockers.
Consuming too much potassium can be harmful for those whose kidneys are not fully functional. If your kidneys are unable to remove excess potassium from the blood, it could be fatal.
read more