BENEFITS OF GREEN TEA FOR MEN 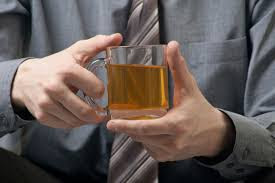 Green tea should be a part of everyday health for men. That’s because green tea contains compounds that are important for maintaining men’s health (including preventing prostate cancer), protecting against heart disease (the number one killer of men), and fighting overweight/obesity (72.3 percent of men), among other benefits. Green tea’s medicinal powers are in catechins, potent antioxidants and phytochemicals that have demonstrated a variety of health-enhancing properties. Among the several different types of catechins, the most powerful is epigallocatechin gallate, or EGCG. 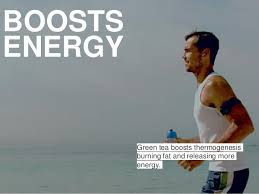 Green Tea can Reduce Prostate Cancer Risk:
In a study published in Cancer Prevention Research, for example, investigators reported that antioxidants in green tea, mainly EGCG, significantly reduced the levels of prostate specific antigen (PSA) and two other indicators for prostate cancer in men who had the disease.
Catechins may also benefit men who have pre-cancerous prostate lesions called prostate intraepithelial neoplasia (PIN), which is something I was diagnosed with when I was only 39 years old! Men who have PIN have a high risk of developing “full-on” prostate cancer, so we’renaturally interested in ways to reduce/eliminate that risk. One possibility may be EGCG, according to a study published in Cancer Research. Sixty men who had high-grade PIN received either three 200-mg capsules of catechins daily or a placebo. After one year, only one tumor was found among the 30 treated men compared with nine discovered in the 30 controls.

Numerous studies involving large populations of men have shown that those who drink green tea regularly are less likely to develop prostate cancer than men who avoid the tea. Exactly how much green tea a man should drink to protect his prostate is not clear, but the results of a few studies offer some guidelines. 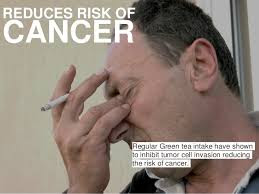 One large study followed the green tea drinking habits of 49,920 men aged 40 to 69 for 10 years. Men who enjoyed five or more cups daily had a reduced risk of advanced prostate cancer when compared with men who drank less than one cup daily. If five cups sounds like too much, another study found that men who drank more than three cups daily were less likely to get the disease.
How does green tea fight prostate cancer?
Some scientists say it interferes with the actions of an enzyme that promotes cancer, slows the growth of prostate cancer cells, and prompts them to commit suicide (apoptosis). (7) Catechins can also interfere with the activity of COX-2, an enzyme that accumulates in prostate cancer tissues. (8) The popular COX-2 inhibitor, celecoxib (Celebrex), can slow the growth of prostate cancer in animals. However, at least one study showed EGCG was nearly as effective as COX-2 inhibitors in slowing the growth of prostate cancer.
Green Tea can Reduce the Risk of Heart Disease:
Lowering your risk of cardiovascular disease may be as easy as drinking green tea. Studies suggest this light, aromatic tea may lower LDL cholesterol and triglycerides, which may be responsible for the tea’s association with reduced risk of death from heart disease andstroke. 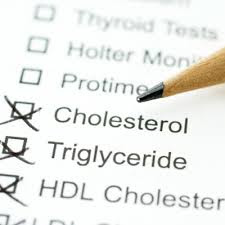 Green tea may also protect the heart and circulation. Decaffeinated green tea significantly reduced cholesterol and triglyceride concentrations in lab animals in one study, while another noted that drinking several cups of green tea every two to three days reduced stroke by 50 percent. Experts believe the antioxidants in green tea improve the flexibility of blood vessels, making them less likely to become blocked.

Does it help With Weight Loss?
Green tea contains an active ingredient called ‘senna’ which is mostly used in all laxatives. The mechanism behind this is inducing diarrhoea on the individual thereby leading to reduced glycogen stores and water. This obviously leads to reduction in weight which doesnt fit a healthy way to lose weight. Losing weight really requires intuitive eating and portion control and not gulping cups of coloured tea😂🤣.
Precautions and Risks Associated with Green Tea
* There are little to no known side effects or contraindications to drinking green tea for adults. Those with severe caffeine sensitivities could experience insomnia,anxiety, irritability, nausea orupset stomach.3
* Those taking anticoagulant drugs such as Coumadin/warfarin should drink green tea with caution due to itsvitaminK content.
* If taken with stimulant drugs, green tea could possibly increase blood pressure and heart rate.
Green tea supplements however, contain high levels of active substances that can trigger side effects and interact with other herbs, supplements, or medications. Green tea supplements are unregulated by the regulatory bodies and may also contain other substances unsafe for health or with unproven health benefits. Always check with a dietitian or doctor before starting any herb or supplement regimen.

In particular, pregnant or breastfeeding women, those with heart problems orhigh blood pressure, kidney or liver problems, stomach ulcers, or anxiety disorders should not take green tea supplements or extracts. Although no serious side effects were reported in the studies, catechins have been reported to raise liver enzymes in animals. Green tea is also a major source of oxalate, which can cause kidney stones and affect mineral absorption. This suggests that drinking more than five cups of green tea a day (or taking the equivalent in catechin capsules) might have more risks than benefits. When consumed wisely, though, green tea would improve your overall health.