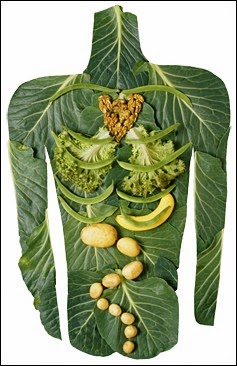 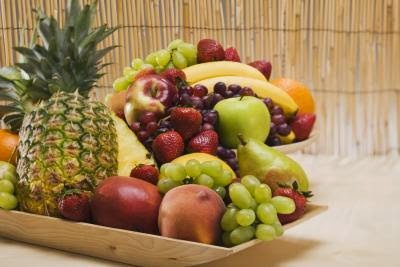 Proteolytic enzyme,also calledProteinase, any of a group of enzymes that break the long chain like molecules of proteins into shorter fragments (peptides) and eventually into their components, amino acids. Proteolytic enzymes are present in bacteria and plants but are most abundant in animals. In the stomach, protein materials are attacked initially by the gastric enzyme pepsin. When the protein material is passed to the small intestine, proteins, which are only partially digested in the stomach, are further attacked by proteolytic enzymes secreted by the pancreas. These enzymes are liberated in the small intestine from inactive precursors produced by the acinar cells in the pancreas. The precursors are called trypsinogen, chymotrypsinogen, proelastase, and procarboxypeptidase. When the pancreatic enzymes become activated in the intestine, they convert proteins into free amino acids, which are easily absorbed by the cells of the intestinal wall. Proteolytic enzymes (proteases) help you digest the proteins in food. Although your body produces these enzymes in the pancreas, certain foods also contain proteolytic enzymes.
Food Sources of Proteolytic Enzymes:
Papaya and pineapple are two of the richest plant sources, as attested by their traditional use as natural “tenderizers” for meat. Papain and bromelainare the respective names for the proteolytic enzymes found in these fruits. A diet rich in enzymes can increase energy and stamina, as well as support weight loss, healthy skin, and overall good health.

Papayas:
Papayas are a tropical fruit. They contain large amounts of the enzyme known as papain. A plant-based enzyme, papain is referred to as a cysteine protease or proteolytic enzyme, which refers to the papaya’s ability to break the peptide bonds of proteins, hydrolyzing them into smaller units known as amino acids. Eating raw papaya is a good source of this potent digestive and systematic enzyme.
Pineapples:
Raw pineapples contain the enzyme bromelain. Like papain, bromelain is a proteolytic enzyme. Besides contributing to the digestion of proteins, bromelain is a natural anti-inflammatory and anti-coagulant. The highest concentration of bromelain is found in the stem of the pineapple, which is edible, though hardly palatable. Some bromelain is found in the pineapple fruit.
Raw Nuts and Seeds:
Nature wisely endowed all raw, natural foods with the proper enzymes for digestion. Nuts and seeds contain lipase, the enzyme that breaks down lipids or fats. Triglyceride fats are hydrolyzed to break the ester bonds, creating fatty acids and glycerol. Most fat is digested in the small intestine after bile from the gall bladder breaks large triglycerides into smaller units. The pancreas makes lipase; however, when dietary sources are deficient it puts added strain on this important organ. Roasting nuts and seeds destroys the live enzymes. Eat them raw for a healthy dose of essential enzymes.

Raw Fruits and Vegetables:
Just as nuts and seeds contain lipase for fat digestion, fruits and vegetables contain enzymes to break down carbohydrates. Amylase is the main digestive enzyme for carbohydrate metabolism. It is present in our saliva, as digestion truly begins in the mouth. Amylase works to break carbohydrates into simpler sugars that can be used for energy and metabolism. Fruit and vegetable enzymes are devitalized by cooking above 118 degrees Fahrenheit. This means that steaming and microwaving destroys most of the enzymes, making foods harder to digest. Eating raw fruits and vegetables is a healthful way to improve overall digestion.

Therapeutic Uses:
Osteoarthritis and Other Forms of Chronic Musculoskeletal Pain. Several studies provide preliminary evidence that proteolytic enzymes might be helpful for various forms of chronic pain, including neck pain and osteoarthritis.
Neck Pain:
A double-blind, placebo-controlled trial of 30 people withchronic neck painfound that use of a proteolytic enzyme mixture modestly reduced pain symptoms as compared to placebo.
Shingles(Herpes Zoster):
Herpes zoster(shingles) is an acute, painful infection caused by the varicella-zoster virus, the organism that causes chickenpox. Proteolytic enzymes have been suggested as treatment. However, there is little evidence to support their use.
Reducing inflammation:
Inflammation is a natural response of the body to injury. However, excessive inflammation retards the healing process. Proteolytic enzymes reduce inflammation by neutralizing the biochemicals of inflammation (i.e., bradykinins and pro-inflammatory eicosanoids) to levels at which the synthesis, repair and regeneration of injured tissues can take place.Reducing inflammation can have immediate impact on improved heart health, cancer prevention and recovery, and Alzheimer’s prevention. It also helps speed up recovery from sprains, strains, fractures, bruises, contusions, surgery and arthritis. In one study, football players who suffered from ankle injuries found that proteolytic enzyme supplements accelerated healing and got the players back on the field 50 percent faster than athletes who received placebo tablets.Other trials have shown that supplemental proteolytic enzymes can help reduce inflammation, speed healing of bruises and other tissue injuries (including fractures), and reduce overall recovery time when compared to athletes taking a placebo. And even in patients recovering from facial and various reconstructive surgeries, treatment with proteolytic enzymes significantly reduced swelling, bruising and stiffness compared to placebo groups.
Cleansing the blood of debris:
Proteolytic enzymes are the primary tools the body uses to “digest” organic debris in the circulatory and lymph systems. Supplementing merely improves the effectiveness of the process. Dissolving fibrin in the blood, reducing the risk of clots:Certain specialized proteases such as nattokinase are extremely effective at improving the “quality” of blood cells, optimizing the ability of blood to flow through the circulatory system, and reducing the risk of clots. This is extremely important in reducing the risk of stroke. It also makes using proteolytic enzymes during long plane flights a no-brainer, as they minimize the potential of blood clots in the legs.
Maximized immune system: The primary vehicle the immune system uses for destroying invaders is enzymes. Macrophages, for example, literally digest invaders with proteolytic enzymes. Supplementation significantly improves the ability of your immune system to do its job.
Killing of bacteria, viruses, molds and fungi:Bacteria, viruses, molds and fungi are protein/ amino acid-based. Proteolytic enzymes taken between meals literally go into the bloodstream and digest these invaders.
Elimination of autoimmune diseases:
Supplemental proteolytic enzymes clean CICs (circulating immune complexes (CICs), which trigger allergies and autoimmune diseases)out of the body, thereby reducing allergies and autoimmune conditions. In addition, this helps with sinusitis and asthma.