MAN UP WITH FOOD 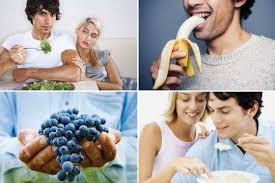 Testosterone, a hormone produced primarily by the testicles, is often associated with the epitome of “manhood” (although women have testosterone, too).
Indeed, it does play a large role in male sexuality and reproduction, impacting such factors as sexual and reproductive function, muscle mass, and hair growth, but also has some less “flashy,” albeit equally important, roles like maintaining bone density, levels of red blood cells and a sense of well-being.
Beginning around age 30, a man’stestosterone levelsbegin to decline, and continue to do so as he ages.
A wide range of chemical exposures included prescribed drugs like statins, adversely impact testosterone production in men. At the same time, estrogen levels typically increase due to widespread exposures to estrogen-mimicking compounds in food, water and environmental pollutants.
Grapes for more active sperm
Eat a bunch of red grapes daily to give your own low-hanging fruit a boost: the skins contain resveratrol, which makes for hardier sperm. Chinese researchers found the equivalent of 500mg – roughly the amount in 5-10g of grape skins – was enough to raise testosterone levels and improve epididymal motility (your sperm’s ability to swim).
Tuna for a higher sex drive
Tuna’s ‘fragrance’ may not be ideal for a first date, but its vitamin D content is. The vitamin bolsters testosterone by up to 90%, found a study at Graz Medical University, Austria, slashing levels of libido-killing chemical Sex Hormone-Binding Globulin (SHBG). A can of tuna contains 100% of your RDA.
Avocados to clear your pipes
LDL cholesterol doesn’t just clog arteries – it leads to erectile dysfunction and a lack of flow in the testicles too. Penn State University researchers found men with high intakes of monounsaturated fat – try avocado, nuts and vegetable oils – had lower LDL cholesterol and more testosterone. Try half a mashed avocado spread on bread as a substitute for butter.
Garlic for muscle maintenance 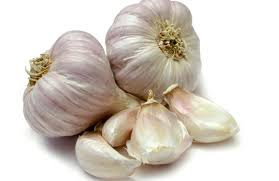 Garlic contains allicin, a compound that lowerslevels of ‘stress hormone’ cortisol. “Cortisol competes with testosterone for the same sites within muscle cells,” says nutrition consultant Alan Gordon.Ditch the cortisol, then the testosterone can get to work. Garlic is more potent uncooked as heat deactivates allicin.

Honey for better blood flow
For extra buzz in the bedroom, dip into honey.It contains the mineral boron, linked to high testosterone. Honey is also rich in nitric oxide,says Gordon: “This is key in opening up blood vessels that create erections. Four teaspoonsof honey can boost nitric oxide levels by 50%.”
Eggs for a hormone boost:
Eggs really do have a sunny side. “The yolk’s cholesterol is the precursor for testosterone,”says clinical nutritionist Kim Pearson. Don’t worry about your heart:a University of Connecticut study found that subjects could eat three eggs a day without affecting cholesterol levels! 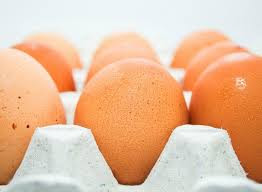 Cabbage to flush out female hormones:
Cabbage is full of a chemical called indole-3-carbinol, which rids the blood of female hormones. Healthy men took 500mg daily for a week at RockefellerUniversity; their oestrogen levels halved, making testosterone more effective.
COCONUT:
Paleo-worthy coconut can not only help your diet taste like a tropical vacation, it can also keep your testosterone at healthy levels. That’s because the giant nut is a source of saturated fat, which plays a role in testosterone production.
In a study published in “The Journal of Clinical Endocrinology and Metabolism,” investigators found that healthy males who switched from their regular high-fat diet (13 percent saturated fat) to a low-fat diet (5 percent saturated fat) saw significant decreases in their testosterone levels.
While it’s not wise to over-do it, physique-minded individuals can obtain up to 10 percent of their calories from saturated fat to help keep testosterone at its peak without any major concern over increasing your risk of coronary diseases.
Optimize Your Vitamin D Levels:
Vitamin D, a steroid hormone, is essential for the healthy development of the nucleus of the sperm cell, and helps maintain semen quality and sperm count. Vitamin D also increases levels of testosterone, which may boost libido. In one study, overweight men who were given vitamin D supplements had a significant increase in testosterone levels after one year. 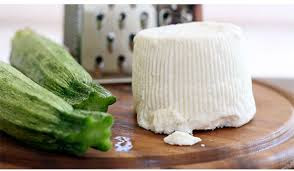 A few years back, the recommended level was between 40 to 60 nanograms per milliliter (ng/ml), but more recently the optimal vitamin D level has been raised to 50-70 ng/ml.
To get your levels into the healthy range, sun exposure is the BEST way to optimize your vitamin D levels; exposing a large amount of your skin until it turns the lightest shade of pink, as near to solar noon as possible, is typically necessary to achieve adequate vitamin D production. If sun exposure is not an option, a safe tanning bed (with electronic ballasts rather than magnetic ballasts, to avoid unnecessary exposure to EMF fields) can be used.
Boost Your Intake of Branch Chain Amino Acids (BCAA) from Foods Like Whey Protein: 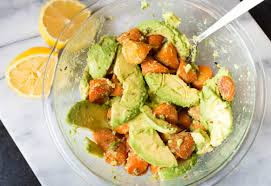 Research suggests that BCAAs result in higher testosterone levels, particularly when taken along with resistance training.9 While BCAAs are available in supplement form, you’ll find the highest concentrations of BCAAs like leucine in dairy products – especially quality cheeses and whey protein.
Even when getting leucine from your natural food supply, it’s often wasted or used as a building block instead of an anabolic agent. So to create the correct anabolic environment, you need to boost leucine consumption way beyond mere maintenance levels.
Lose Weight 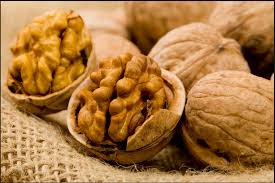 The mineral zinc is important for testosterone production, and supplementing your diet for as little as six weeks has been shown to cause a marked improvement in testosterone among men with low levels. Likewise, research has shown that restricting dietary sources of zinc leads to a significant decrease in testosterone, while zinc supplementation increases it– and even protects men from exercised-induced reductions in testosterone levels.
It’s estimated that up to 45 percent of adults over the age of 60 may have lower than recommended zinc intakes; even when dietary supplements were added in, an estimated 20-25 percent of older adults still had inadequate zinc intakes, according to a National Health and Nutrition Examination Survey.
Your diet is the best source of zinc; along with protein-rich foods like meats and fish, other good dietary sources of zinc include raw milk, raw cheese, beans, and yogurt or kefir made from raw milk. It can be difficult to obtain enough dietary zinc if you’re a vegetarian, and also for meat-eaters as well, largely because of conventional farming methods that rely heavily on chemical fertilizers and pesticides. These chemicals deplete the soil of nutrients … nutrients like zinc that must be absorbed by plants in order to be passed on to you.
read more