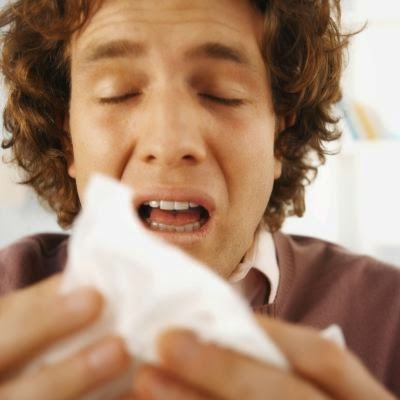 Histamine is a biogenic amine that occurs to various degrees in many foods. In healthy persons, dietary histamine can be rapidly detoxified by amine oxidases, whereas persons with low amine oxidase activity are at risk of histamine toxicity. Diamine oxidase is the main enzyme for the metabolism of ingested histamine. Some people may have histamine intolerance if they cannot breakdown histamine from foods fast enough.
Foods high in histamine (including fermented foods) include alcoholic beverages, especially beer, champagne and wine, anchovies, avocados, cheeses, especially aged or fermented cheese, such as parmesan, blue and Roquefort, dried fruits such as apricots, dates, figs, prunes, and raisins, fermented foods such as pickled or smoked meats, sauerkraut, etc., mushrooms, processed meats such as sausage, hot dogs, salami, etc., sardines, smoked fish such as herring, sour cream, sour milk, buttermilk and yogurt – especially if not fresh, soured breads, such as pumpernickel, coffee cakes and other foods made with large amounts of yeast, spinach, tomatoes, vinegar or vinegar-containing foods, such as mayonnaise, salad dressing, ketchup, chili sauce, pickles, pickled beets, relishes, olives.
Foods that release histamine include alcohol, bananas, chocolate, eggs, fish, milk, papayas, pineapple, shellfish, strawberries, and tomatoes.
How Foods Work as Antihistamines:

An antihistamine in the system acts by blocking the histamine receptors in the neurons which helps get rid of the symptoms. Taking an antihistamine for symptoms is very common and helpful to many people all over the world. Before there were antihistamine medicines, people ate specific foods that acted as an antihistamine. Many vitamins found in naturally occurring foods contain antihistamine properties that can help with the mild symptoms of allergic reactions. First on the list of foods that can act as an antihistamine are foods that have a high content of vitamin A and vitamin C.
Vitamin C:
Vitamin C is one of nature’s great wonders. In addition to being a natural antihistamine, this water-soluble vitamin has a multitude of other functions in the body. From being a powerful antioxidant fighting free radicals to its role in the synthesis of collagen, it’s the vitamin we truly can’t live without. Foods rich in vitamin C should be eaten as soon as possible when fresh, as they lose their strength after being exposed to air, or being processed, boiled, or stored for long periods of time. Good food sources of Vitamin C are guavas, blackcurrants, red bell peppers, kale, parsley, green sweet peppers, broccoli, brussels sprouts, mustard greens, mango, watercress, cauliflower, red cabbage, strawberries, papayas, green and white cabbage, spinach, citrus fruits, elderberries, calf liver, turnips, peaches, asparagus, cantaloupe, cayenne pepper, green onions, new lima beans, black-eyed peas, green peas, radishes, raspberries, yellow summer squash, sweet potatoes, loganberries, tomatoes, new potatoes, lettuce, bananas, kiwi, honeydew, pineapple, cranberry juice, vegetable juice, tomato juice, rutabaga, and kohlrabi.
Omega-3 Fatty Acids:
Omega-3 fatty acids are thought toreduce allergic reactionsthrough their anti-inflammatory properties. Omega-3 Fatty Acids are found in such foods as cold-water fish (think salmon), and walnuts. I also recommend you get your Omega-3s from flax seed oil, canola oil, and grass-fed meat.
Flavonoids:

Flavonoids, such as quercetin, are a group of plant pigments that are largely responsible for the colors of many fruits, vegetables, and flowers. Quercetin is a natural antihistamine that helps stabilize mast cells to prevent both the manufacture and release of histamine, as well as other allergic and inflammatory compounds. Good sources of quercetin are citrus fruits, onions, garlic, apples, parsley, tea, tomatoes, broccoli, lettuce, legumes, berries, and wine.These flavanoids act like antihistamines and also contain carotenes, which promote anti-inflammatory activity. According to McVitamins.com, garlic and onions act in the same way to “retard the inflammatory reactions of allergies.”
Vitamin A:
Fruits and vegetables are also full of vitamin A, which can help control allergic reactions. This is found most potently in spinach, mangoes, carrots, tomatoes and green leafy vegetables. Eat fruits and vegetables as fresh and as raw as possible for the best results.According to Buzzle.com, the antioxidant Vitamin C “fights against the free radicals, boosts the immune system and relieves the symptoms of allergies.” This vitamin is abundant in fruits–particularly citrus ones.
Quercetin and Pycnogenol:
“Quercetin and pycnogenol can inhibit the release of histamine by the mast cells, and hence, control allergic flare ups,” says Buzzle.com. Eat citrus fruits, broccoli, capsicum, berries, onions, garlic, tea and apples
Bromelain:

According toBuzzle.com, pineapple is one of the best natural antihistamines as it contains an enzyme called bromelain, “which has anti-inflammatory properties, and can facilitate proper absorption of quercetin and pycnogenol.
Other Compounds
Herbs are a popular natural antihistamine–Buzzle.com says they’re “enriched with compounds that can prevent or lower the secretion of histamine to provide allergy relief.” Try green tea, chamomile tea, nettle tea or ginger tea, and add garlic, thyme, fennel and basil to your recipes.
read more