Effects of Testosterone on Cancer Cells 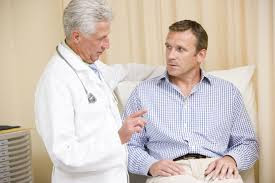 This suggests that having too little testosterone could be a factor and that something else—perhaps too much estrogen—could be a factor as well. Does estrogen cause prostate cancer? Estrogen as a cause of prostate cancer is gaining lots of attention. At least in rats, experts know that testosterone plus estrogen are necessary for the development of prostate cancer. In men, however, the research findings thus far have been mixed, with a few studies indicating an association between estrogens and chronically high estrogen and an increased risk of prostate cancer, but others showing the opposite. It’s widely accepted that a man’s testosterone:estrogen ratio should be in balance; that is, higher levels of testosterone than of estrogen. Because testosterone can be changed into estrogen via an enzyme called aromatase, the critical point is to adopt habits that help reduce the activity of this enzyme. This includes maintaining a healthy weight, losing excess belly and body fat (as fat promotes estrogen production), limiting or avoiding alcohol (as alcohol is estrogenic and also affects the metabolism of testosterone), maintaining healthy blood sugar levels, and taking natural supplements. Does high testosterone protect against prostate cancer? As for evidence that men who have higher levels of testosterone are protected against prostate cancer, the jury is still out. However, a European Urology report noted that numerous reports have shown that men who receive testosterone therapy after treatment for localized prostate cancer have shown no or low recurrence rates. Some men with untreated prostate cancer who have taken T therapy also have not had any progression of their disease. One recent (November 2015) study, for example, involved 98 men with hypogonadism (excessively low T) who were treated with testosterone therapy after they received radiation for prostate cancer. Use of testosterone therapy raised T levels from a mean of 209 ng/dL before treatment to 420 ng/dL. At the same time, there was a nonsignificant increase in PSA levels. Based on the studies and latest research it does not appear that testosterone causes prostate cancer, nor that it has a negative impact on men who already have the disease.
Although some studies show that early in their development, prostate cancers need relatively high levels of androgens to grow. Such prostate cancers are referred to as androgen dependent or androgen sensitive because treatments that decrease androgen levels or block androgen activity can inhibit their growth.
Most prostate cancers eventually become “castration resistant,” which means that they can continue to grow even when androgen levels in the body are extremely low or undetectable. Testosterone production is regulated by luteinizing hormone (LH) and luteinizing hormone-releasing hormone (LHRH). The hypothalamus releases LHRH, which stimulates the release of LH from the pituitary gland. LH acts on specific cells in the testes to produce the majority of testosterone in the body. Most of the remaining androgens are produced by the adrenal glands. Androgens are taken up by prostate cells, where they either bind to the androgen receptor directly or are converted to dihydrotestosterone (DHT), which has a greater binding affinity for the androgen receptor than testosterone.

At the same time, another hormone—estrogen—seems to have a role in the disease. Signs and symptoms of elevated estrogen in men—low libido, breast development, risk of stroke and heart attack, infertility, weight gain—are the same as those associated with low testosterone, so estrogen, not testosterone, is a hormone that needs to be equally managed as part of living a healthy and cancer free life. – 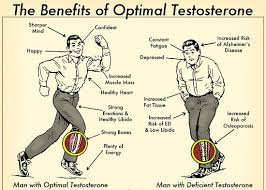