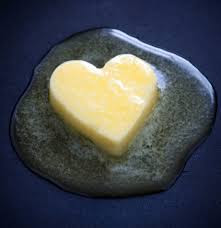 Mehn, you learn everyday. Sometimes it gets confusing, but one has to move with the times. Saturated fats have been the celebrated enemy of human heart health but current research shows we might have been focusing on the wrong things all along!.For 40 years now, saturated fat — found in high amounts in meat, cheese and other full-fat dairy products — has been one of our top nutritional demons. Dietary Guidelines urge us to limit consumption because of concerns that saturated fat raises the risk of heart disease. But after decades of research, a growing number of experts are questioning this link.
In fact, the authors of a new meta-analysis published in the Annals of Internal Medicine conclude that there’s insufficient evidence to support the long-standing recommendation to consume saturated fat in very low amounts.
So, let’s walk through this shift in thinking: The concern over fat gathered steam in the 1960s when studies showed that saturated fat increases LDL cholesterol — the bad cholesterol — the artery-clogging stuff. The assumption was that this increased the risk of heart disease. 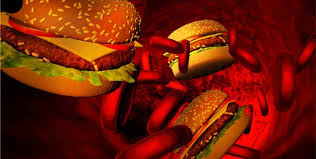 But after all this time, it just hasn’t panned out, at least not convincingly. When researchers have tracked people’s saturated fat intake over time and then followed up to see whether higher intake increases the risk of heart attacks and strokes, they haven’t found a clear, consistent link.
In fact, the new study finds “null associations” (to quote the authors) between total saturated fat intake and coronary risk. And a prior analysis that included more than 300,000 participants came to a similar conclusion. So, what explains this? Well, researchers say the relationship between cholesterol and heart disease is a lot more complicated than was once understood. LDL is just one indicator of risk.
What’s now thought to be a more important predictor of risk is the ratio a person has of LDL to HDL, the good cholesterol. And there’s evidence that, compared with carbohydrates, saturated fat can increase HDL and lower fat deposits in the blood called triglycerides, which, in theory, would be protective against heart disease.
Researchers have looked at large amounts of data and say they have found no significant link between saturated fat and heart disease.
Nutritional guidelines generally encourage low consumption of saturated fats, found in butter, cream, cheese and fatty cuts of meat, as these were thought to be linked to increased cholesterol in the blood and an increased risk of heart disease.
In contrast, unsaturated fats, found in fish and plant sources, have been encouraged (to a certain extent) as these are thought to have a protective effect on the heart and blood vessels. This latest study finds that the evidence for these guidelines may not be definitive.
Trans fats – the villain:
The researchers did find a significant association between the consumption of trans fats and increased risk of heart disease (although no association was seen in studies where levels of trans fats in the blood were measured, rather than assessed through dietary intake).
Trans fats can be formed when oil goes through a process called hydrogenation, which makes the oil more solid (known as hardening). This type of fat, known as hydrogenated fat, can be used for frying or as an ingredient in processed foods.
Trans fats can be found in some processed foods such as biscuits and cakes, to help give products a longer shelf life.
If you are concerned about trans fats, avoid buying goods that list partially hydrogenated fat or oil on the label.

Palmitoleic Acid: The New Culprit? :
A new controlled diet study has found that increasing the levels of saturated fat in the diet does not lead to increased levels of saturated fat in the blood. However, increasing the
amount of carbohydrates in the diet was found to raise the levels of a fatty acid associated with diabetes and heart disease: Palmitoleic Acid.
Palmitic acid, orhexadecanoic acidinIUPAC nomenclature, is the most commonfatty acid(saturated) found in animals, plants and microorganisms. As its name indicates, it is a major component of the oil frompalm trees(palm oil), but can also be found in meats, cheeses, butter, and dairy products.
The Study:
Levels of palmitoleic acid were reduced with low carbohydrateintake and increased as the participants consumed progressively larger amounts of carbohydrates over the course of the study.

According to senior author Prof. Jeff Volek, the study, “challenges the conventional wisdom that has demonized saturated fat and extends our knowledge of why dietary saturated fat doesn’t correlate with disease.”
In the study, published in PLOS ONE, the authors state that current dietary guidelines in the US recommend the majority ofcaloriesshould be acquired from carbohydrates, with only 7-10% of total energy coming from saturated fats.
To achieve this, foods containing saturated fat – beef, eggs, high-fat dairy products – should be limited. Typically, a reduction in these foods results in an increased consumption of carbohydrates.
“People believe ‘you are what you eat,'” says Prof. Volek, “but in reality, you are what you save from what you eat. The point is you don’t necessarily save the saturated fat you eat. And the primary regulator of what you save in terms of fat is the carbohydrate in your diet.”
Dietary saturated fat not linked to palmitoleic acid
The study involved 16 adults being given six 3-week diets – each containing 2,500 calories and around 130 grams of protein – that progressively increased the participants’ levels of carbohydrates while reducing their consumption of total fat and saturated fat.
Each of the participants had metabolic syndrome – a number of simultaneously occurring conditions that increase the risk ofdiabetes,strokeandheart disease. People with metabolic syndrome have at least three of the following conditions: abnormal bloodcholesterol, high blood sugar, high blood triglycerides,hypertensionandobesity. 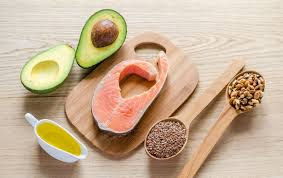 The researchers spent 3 weeks to get the participants to a baseline reduced carb diet before beginning the 18-week study. The first diet of the study consisted of 47 g of carbohydrates and 84 g of saturated fat daily, with the carb:saturated fat ratio progressively increasing until the final diet, consisting of 346 g of carbs and 32 g of saturated fat daily.
In this final diet, the carb level represented 55% of the participants’ daily calories, a figure that is approximately the same as the estimated daily percentage of energy provided by carbohydrates in the American diet.
Result:
Across the study, levels of saturated fat in the blood of the participants decreased. Blood glucose, insulin levels andblood pressurealso improved and, on average, the participants lost nearly 22 lb by the end of the 18 weeks.
Levels of palmitoleic acid – a fatty acid associated with obesity, insulin resistance, and heart disease – decreased in all of the participants during the high-fat/low-carb diets. In contrast, the acid was found to increase as the levels of carbohydrates progressively rose across the duration of the study.
Conclusion:
Increases in palmitoleic acid indicate that more carbs are being converted to fat instead of being burned as fuel, states Prof. Volek. In contrast, reducing carbs and increasing dietary fat in a well-controlled way ensures that the body will burn the saturated fat as fuel, rather than storing it in the body.
The authors acknowledge that the study is limited by the relatively short timeframe that the diets were followed for. However, a small number of the participants were given the diets in reverse order, starting with the highest carb diet, and the same observations regarding palmitoleic acid were made.
“A higher proportion of plasma saturated fat is related to increased risk of diabetes and heart disease,” conclude the authors. “Thus, there is a need to better understand the relationship between dietary and plasma saturated fat.”
Misunderstanding about dietary saturated fat is ‘not smart’
The study authors hoped to discover at which point in the increased intake of carbs that the participants began to store fat in their bodies rather than burning it off. Although palmitoleic acid levels increased in all participants, the moment when fat began to be stored varied widely. This finding supports the idea that individual tolerances to carbs can be dramatically different.
Prof. Volek says that there is widespread misunderstanding about saturated fat, stating that despite population studies failing to find a link between dietary saturated fat and heart disease, dietary guidelines continue to advocate restriction of saturated fat:
“That’s not scientific and not smart. But studies measuring saturated fat in the blood and risk for heart disease show there is an association. Having a lot of saturated fat in your body is not a good thing. The question is, what causes people to store more saturated fat in their blood, or membranes or tissues?”
Some argue that the type of fatty acids that make up the saturated fat in a food makes a difference, too. For instance, recent studies suggest that the fatty acids in milk and yogurt may be beneficial for heart health. And as we’ve reported, researchers are actively studying this full-fat-dairy paradox. But processed red meats, also high in saturated fat, are shown to increase the risk of heart disease and certain cancers.
So, saturated fat isn’t automatically the bad guy — and shouldn’t be demonized, these researchers say. It’s just one part of the complex dietary puzzle. Experts say remember this big picture: Too many calories from any source, whether it’s fats or carbohydrates, can lead to weight gain. And it’s that extra weight that increases the risk of heart disease.
However note that concentrating on a single food source to protect your health is never a good idea. The most important thing is to eat a healthy and balanced diet, which should include at least five portions of fruit and vegetables. 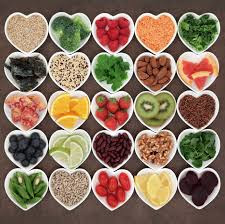