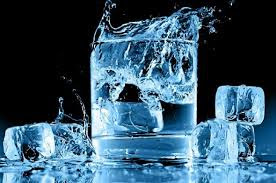 Drinking cold water or various beverages after having meal is like having a sweet after some spicy food; in fact I crave for it myself after each meal to chill my palate. In areas where temperature is high people consume lot of icy chilled water and flavored beverages to sooth their tongue. But they should realize that icy chilled water or cool water immediately after meal or between meals can be harmful. Now, there has been opinions about the harmful effect of drinking cold water after meals and these are what I could find.

Effects on Digestion:
Digestion is process that includes the breakdown of food and absorption of nutrients. Cold water after meal slows down the process of digestion due to some muscular actions. This may result in cramping of the muscles of the stomach causing severe pain if you are sensitive. Slowing down of the digestion process is actually due to the change of the temperature which is inadequate for the system. The cooling effect solidifies the oily materials in the food that is to be absorbed which is one of the biggest reasons of the slowing down of digestion. This sludge reacts with the acid and gets absorbed much faster than the food forming a lining on the intestine. It can cause acidity in stomach leading to pains and social embarrassment. So the indigestion of foods can lead to various stomach problems, undigested food also leads to improper nutrient absorption. Lack of nutrients can affect your health. Energy is deficient due to improper digestion. Above that, the energy produced is wasted on maintaining the temperature; that is warming effect. In short cold water steals the energy that is obtained by the food. The energy that must be spent on other functions is robbed by the cold water. Improper digestion is a source of many diseases. Body gets mal-nutritioned, functions are not properly performed. Formation of lining of fats is possible in the inner layer of intestine; obviously because of the solidification of oily substances in the food. The lining later changed into unhealthy lipids that can cause initiation of cancer cell formation. 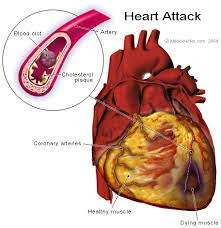 Personally I am a bit opposed to this theory. Why?.. because the temperature of the stomach is quite high (in part to ensure homeostasis) and by the time both water and fats reach the stomach, they should be the same temperature, keeping at bay any fear for solidification effect.
Mucus Building:
Drinking cold water after a meal creates excess mucus in your body, according to Lad. Excessive mucus in your body can lead to a decrease in immune system function, making it easier to catch colds and illnesses. Lad recommends drinking warm tea in place of cold water at meals to avoid mucus buildup.
Alternatives:
One must take water with normal temperature before meal. Try to aim of hydrating your stomach about 20 minutes before the meal. Do not consume water after the meal at least for 30 minutes. This will help your stomach to clean the toxic substance and will enhance the nutrients absorption. Drinking water is a good habit but always try to take water that is at room temperature. Water is more effective at normal temperature or luke warm.
Tea:
You can also alternate water with the various types of tea available. The tea that can be easily taken after meal is green tea. There are various types of herb teas available in the market. Usually these herbs are designed by Chinese people and are being used worldwide.
Modern science posit that drinking too much water during meals can interfere with thenatural levels of bile and acid in the stomach, slowing digestion. Reducing the ability of the digestive enzymes to properly digest foods could cause a build up of toxic waste in the body. After all, it doesn’t matter what you eat, if the body can’t properly digest it.
Contradicting Opinions
While most people in the alternative health field believe drinking cold water is unhealthful in general, the viewpoint of Western health practitioners is opposite. According to Dr. Michael Picco, drinking water after a meal does not interfere with digestion. In fact, Picoo believes drinking water after a meal can assist in digestion. He says water helps break down the food in the stomach making it easier to digest. 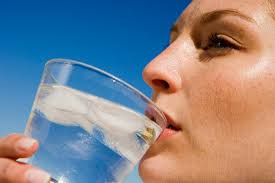