Effects of Alcohol on Health 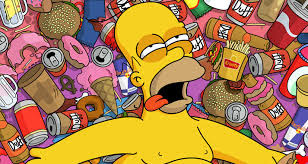 Alcohol has received a thousand bad raps by nutritionists and dietitians all around the world, and I want  to pile a bit on the rubble.  Alcohol is basically empty calories which the body perceives as “Poison”. Why people even enjoy the bitter stuff beats me. Down to the issue at hand, why is alcohol such a bad guy and what risks does it portend to its ardent users?

It’s pretty simple: if you want to lose weight and decrease fat, cut out the alcohol and give your liver a rest. Among the many critical tasks the liver performs, two of them are the metabolism of testosterone and fat. However, when a person drinks it overloads the liver and causes it to metabolize the alcohol as a priority rather than fat. That extra fat just hangs around in the liver and piles on the extra weight. This process is a risk factor for development of liver diseases associated with excess alcohol intake.These include alcoholic fatty liver disease and alcoholic hepatitis, two conditions characterized by fat deposits in liver cells. Alcoholic cirrhosis, the most advanced type of liver damage associated with alcohol, involves severe scarring and disruption of liver structure and function. 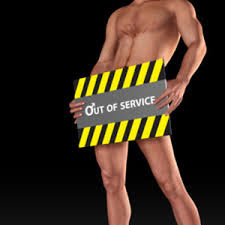 When you’re partying, your liver is hard at work breaking down the alcohol, and that process interferes with one of the liver’s other jobs: producing testosterone.
In a four-week study, normal, healthy men who consumed 220 grams (7.7 oz) of alcohol daily saw their testosterone levels decline significantly after only five days — and continue to drop throughout the whole period of the study.

Drinking can Contribute to Prostate Cancer:

Alcoholic beverages, especially beer, wine, and bourbon, contain congeners— substances that have estrogen-like properties that can play a role in the development of cancer. (Clear alcoholic beverages have the least amount of congeners; e.g., gin, vodka, white rum, and white wine.) Those estrogen-like traits in your drink can contribute to the development of prostate cancer by damaging genetic information in your cells and causing inflammation, two classic factors involved in the birth of cancer, even if a person just has a few drinks

As one ages, Testosterone levels decline and estrogen levels tend to rise, as do levels of the enzyme (aromatase) that converts T to estrogen. Drinking alcohol interferes with the body’s ability to get rid of excess estrogen, because the liver, which is responsible for eliminating extra estrogen, has to focus on metabolizing the alcohol instead. That leads to an accumulation of extra estrogen, which contributes to extra weight and fat cells as mentioned above. And these fat cells are where aromatase converts testosterone to estrogen.

In case you were wondering what higher estrogen levels mean for men — think, low testosterone, man boobs, increased body fat, an increased risk of prostate cancer, erectile dysfunction, heart attack and stroke, as well as a higher risk of bone loss and fracture. That’s just for starters. All stuff you want to avoid as you age. 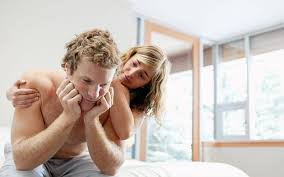 Excessive drinking is a common cause of erectile dysfunction. As the amount of alcohol in the blood increases, the alcohol decreases the brain’s ability to sense sexual stimulation. As a depressant, alcohol directly affects the penis by interfering with parts of the nervous system that are essential for sexual arousal and orgasm, including respiration, circulation, and sensitivity of nerve endings, according to Health Promotion at Brown University.

In regard to circulation, alcohol causes the blood vessels to dilate, which influences the way the blood moves in and out of the penis. A good blood flow regulates the relaxation and contraction of the penis, so it can get and maintain an erection.

Alcohol contains virtually no nutritional value, and drinking can contribute to malnutrition because some people get a large percentage of their daily calories from alcohol (and sodas) rather than food. So the message is “don’t drink your calories” — get them from nutritious, plant-based organic sources — not beer and wine.

Alcohol and the Nervous System:

Contrary to popular belief, alcohol doesn’t actually kill your brain cells, says David Sack, M.D., CEO of addiction-treatment company Elements Behavioral Health. “But hooch does alter levels of neurotransmitters, the chemical messengers that control your mood, perception, and behavior”, he says.
Alcohol impairs brain areas such as the cerebellum—the control site for your balance and coordination—and your cerebral cortex, which is responsible for thinking, memory, and learning, says Kimberly S. Walitzer, Ph.D., deputy director of the University at Buffalo’s Research Institute on Addictions.

Plus, University of Michigan researchers found the amygdala—an area of the brain involved in fear and anger—showed less of a reaction to threatening faces after a single drink, potentially explaining why you’re prone to risky behavior (like fighting a bouncer) under the influence.

Effect of Alcohol on the Muscles:

Alcohol tinkers with hormonal and inflammatory responses to exercise, making it more difficult for the body to repair damaged proteins and build new ones (essential steps in getting ripped), according to a recent review in the journal Sports Medicine.

You’ll compound this effect if you reach for a beer before a recovery snack or shake, says study author Matthew Barnes, Ph.D., of Massey University in New Zealand.

So take the time to get some protein, carbohydrates, and non-boozy fluids into your system post-workout before cracking open your first cold one. 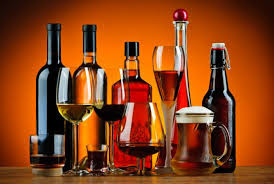