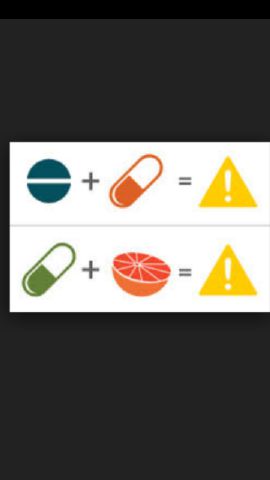 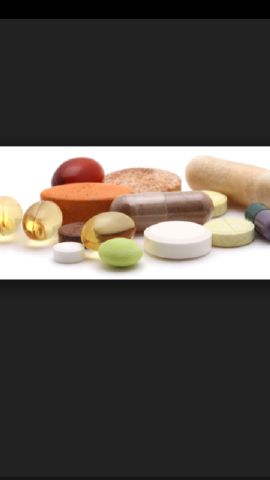 The presence of food in the digestive tract may reduce absorption of a drug. Often, such interactions can be avoided by taking the drug 1 hour before or 2 hours after eating. Let’s look at specific interactions of some common medications with themselves and nutrients. Ignorance is not bliss!
Alcohol:
Although many people do not consider alcohol a nutrient, it affects body processes and interacts with many drugs. For example, taking alcohol with the antibiotic metronidazole
can cause flushing, headache, palpitations, and nausea and vomiting. Doctors or pharmacists can answer questions about possible alcohol and drug interactions.
Drug Disease Interaction:
Sometimes, drugs that are helpful in one disease are harmful in another disorder. For example, some beta-blockers taken for heart disease or high blood pressure can worsen asthma and make it hard for people with diabetes to tell when their blood sugar is too low. Some drugs taken to treat a cold may worsen glaucoma. People should tell their doctor all of the diseases they have before the doctor prescribes a new drug. Diabetes, high or low blood pressure, an ulcer, glaucoma, an enlarged prostate, poor bladder control, and insomnia are particularly important, because people with such diseases are more likely to have a drug-disease interaction.
Digoxin:
Oatmeal. The fiber in oatmeal and other cereals, when consumed in large amounts, can interfere with the absorption of digoxin
MAO inhibitors (such as phenelzine and tranylcypromine):
Foods high in tyramine, including many cheeses (such as American processed, cheddar, blue, brie, mozzarella, and Parmesan), yogurt, sour cream, cured meats (such as sausage and salami), liver, dried fish, caviar, avocados, bananas, yeast extracts, raisins, sauerkraut, soy sauce, fava beans, red wine, and certain beers. Severe headache and a potentially fatal increase in blood pressure (hypertensive crisis) can occur if people taking an MAO inhibitor (used most often to treat depression) consume these foods. These foods must be avoided.
Warfarin (an anticoagulant)
Foods high in vitamin K (such as broccoli, Brussels sprouts, spinach, and kale). Such foods may reduce the effectiveness of warfarin, increasing the risk of clotting. Warfarin is commonly used to treat or prevent thromboembolic events.There is a possible interaction between warfarin and a high-protein diet.
Some vegetables (broccoli, Brussels sprouts, kale, parsley, spinach, and others) are high in vitamin K. Eating large quantities or making sudden changes in the amounts eaten of these vegetables, interferes with the effectiveness and safety of warfarin therapy. Eating charbroiled food may decrease warfarin activity, while eating cooked onions may increase warfarin activity. Soy foods have been reported both to increase and to decrease warfarin activity.
Statins:
Cholesterol-lowering agent lovastatin should be taken with food to enhance gastrointestinal absorption and bioavailability. Simvastatin, Ezetimibe, pravastatin and fluvastatin may be taken without regards to food. However, high fiber diets may lower the efficacy of these drugs.Consumption of pectin or oat bran together with Lovastatin reduces absorption of the drug, while alcohol intake does not appear to affect the efficacy and safety of Fluvastatin treatment.
Anti-Hypertensives:
Patients placed on anti hypertensive drugs will benefit from concomitant moderate sodium restricted diets.Propranolol serum levels may be increased if taken with rich protein food. A change in diet from high carbohydrates/low protein to low carbohydrate/high protein may result in increased oral clearance. Smoking may decrease its plasma levels of by increasing its metabolism.The intestinal absorption of celiprolol (beta-blocker) is inhibited when it is taken with orange juice. Hesperidin, present in orange juice, is responsible for the decreased absorption of celiprolol.
Antidiabetics:
Glimepiride is an antidiabetic and a new generation sulfonylurea derivative should be administered with breakfast or the first main meal of the day. It has absolute bioavailability and the absence of food interaction guarantee highly reproducible pharmacokinetics. Immediate release glipizide should be taken 30 minutes before meals. However, extended release tablets should be taken with breakfast. The maximum effectiveness of acarbose, an alpha-glucosidase inhibitor is attained when the drug is taken immediately at the start of each meal (not half an hour before or after), because it delays the carbohydrate absorption by inhibiting the enzyme alpha-glucosidase.
Antibiotics:
Antibiotics are widely prescribed in medical practice. Food intake can influence the effectiveness of an antibiotic. Avoid co-administration of antibiotics with milk products which are rich sources of divalent ions, such as calcium and magnesium that complex with some antibiotics and prevent their absorption. The intake of dairy products, however, needs to be monitored and encouraged with appropriate consideration of specific antibiotics involved. Antibiotics are encouraged to be taken 1- 2 hours after or before meals.
Non-Steroidal Anti-Inflammatory Drugs:
NSAIDs like ibuprofen, naproxen, ketoprofen and others can cause stomach irritation and thus they should be taken with food or milk. Avoid or limit the use of alcohol because chronic alcohol use can increase the risk of liver damage or stomach bleeding. The absorption of ibuprofen and oxycodone when given in the combination tablet is affected by the concomitant ingestion of food.
Analgesics and Antipyretics:
Analgesics and antipyretics are used to treat mild to moderate pain and fever. For rapid relief, acetaminophen should be taken in an empty stomach because food may slow the body absorption of acetaminophen. Co-administration of acetaminophen with pectin delays its absorption.
Antihistamines:
It is best to take prescription antihistamines on an empty stomach to increase their effectiveness. Rupatadine is commonly used for the management of diseases with allergic inflammatory conditions. A study indicates that concomitant intake of food with a single 20 mg oral dose of rupatadine exhibits a significant increase in rupatadine bioavailability.Cimetidine is given with food to assist the maintenance of a therapeutic blood concentration.
read more