KEEP THE ACID DOWN 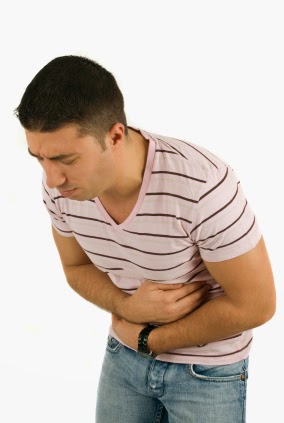 What Is Acid Reflux Disease?
At the entrance to your stomach is a valve, which is a ring of muscle called the lower esophageal sphincter (LES). Normally, the LES closes as soon as food passes through it. If the LES doesn’t close all the way or if it opens too often, acid produced by your stomach can move up into your esophagus. This can cause symptoms such as a burning chest pain called heartburn. If acid reflux symptoms happen more than twice a week, you have acid reflux disease, also known as gastroesophageal reflux disease (GERD).
What Causes Acid Reflux Disease?
One common cause of acid reflux disease is a stomach abnormality called a hiatal hernia. This occurs when the upper part of the stomach and LES move above the diaphragm, a muscle that separates your stomach from your chest. Normally, the diaphragm helps keep acid in our stomach. But if you have a hiatal hernia, acid can move up into your esophagus and cause symptoms of acid reflux disease.
There are other common risk factors for acid reflux disease:
*Eating large meals or lying down right after a meal
*Being overweight or obese
*Eating a heavy meal and lying on your back or bending over at the waist
*Snacking close to bedtime
*Eating certain foods, such as citrus, tomato, chocolate, mint, garlic, onions, or spicy or fatty foods
*Drinking certain beverages, such as alcohol, carbonated drinks, coffee, or tea
*Smoking
*Pregnancy
*Taking aspirin, ibuprofen, certain muscle relaxers, or blood pressure medications
Beverages that commonly trigger heartburn or make it worse, include:
*Coffee or tea (both regular and decaffeinated)
*Other beverages that contain caffeine
*Carbonated beverages
*Alcohol
Foods that commonly trigger heartburn or make it worse, include:
*Citrus fruits, such as oranges and lemons
*Tomatoes and products that contain tomatoes, such as tomato sauce and salsa
*Chocolate
*Mint or peppermint
*Fatty or spicy foods, such as chili or curry
*Onions and garlic
What Other Lifestyle Changes Can Treat Acid Reflux?
In addition to acid reflux diet changes, see which of the following lifestyle changes you can make.
Quit smoking:
Smoking increases your risk for heartburn and acid reflux disease in several ways. It may increase the amount of acid secreted by your stomach and interfere with the function of muscles that help keep acid down.
Reduce reflux while sleeping:
These steps will help reduce reflux when you sleep:
1.) Put blocks under the head of your bed to raise it at least 4 to 6 inches. This helps keep your stomach’s contents down. However, it doesn’t work to simply use lots of extra pillows because this position may increase pressure on your abdomen.
2.) Stop eating at least two or three hours before lying down.
3.) Try sleeping in a chair for daytime naps.
4.) Lessen the pressure. Often, extra pressure around your abdomen increases acid reflux. Don’t wear tight clothes or tight belts and if you’re overweight or obese, take steps to lose weight with exercise and diet changes.
Complications:

Over time, chronic inflammation in your esophagus can lead to complications, including:
A.) Narrowing of the esophagus (esophageal stricture):

Damage to cells in the lower esophagus from acid exposure leads to formation of scar tissue. The scar tissue narrows the food pathway, causing difficulty swallowing.

No diet has been proven to prevent GERD. However, certain foods may help ease symptoms in some people. Talk to your dietitian if you have questions about whether certain foods should be part of your diet. What helps improve acid reflux for one person may be problematic for another. Working with your doctor can help you develop a diet that works for you.
Yogurt and Probiotics:
Probiotics are “good” bacteria. They are commonly found in yogurt. Eating probiotic foods may aid digestion. It may also offer some protection from harmful bacteria.
Preliminary studies have shown that probiotics can help treat specific digestive problems such as:
*diarrhea (particularly when it is caused by antibiotics)
*irritable bowel syndrome
*certain intestinal infections
There is not enough research on how probiotics affect GERD symptoms. However, there is reason to believe they may be helpful in some people. 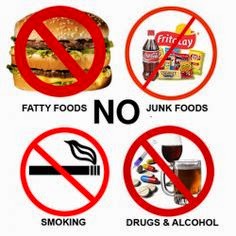 Fiber:
Research shows that increased fiber intake, specifically in the form of fruits and vegetables, may help protect against a number of digestive woes, including GERD. Scientists are not yet certain how fiber prevents GERD symptoms. However, increasing your dietary fiber is generally a good idea. In addition to helping with your GERD, fiber also reduces the risk of:
1.) high cholesterol
2.) uncontrolled blood sugar
3.) hemorrhoids and other bowel problems
read more