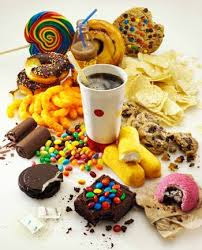 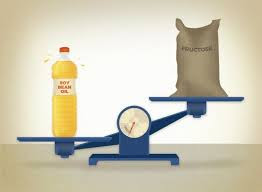 The harmful effects of fructose apply to a western diet supplying excess calories and added sugars. It does NOT apply to the natural sugars found in fruits and vegetables.
Research on Fructose Linked With Insulin Resistance and Diabetes:
The high flux of fructose to the liver, the main organ capable of metabolizing this simple carbohydrate, disturbs glucose metabolism and uptake pathways and leads to metabolic disturbances that underlie the induction of insulin resistance, a hallmark of type 2 diabetes. In fact, the effect of HFCS on insulin resistance has been shown to have an impact on the prevalence of diabetes. In 2004, investigators conducted an ecological correlation study, in which they compared the relationship between food consumption of refined carbohydrates and the prevalence of type 2 diabetes in the US from 1909 to 1997. They found that during this period, the use of corn syrup sweeteners, which were almost non-existent at the turn of the century, increased by more than 2,100%. During the same period, the prevalence of diabetes skyrocketed. After controlling for total energy intake from other foods such as fats and proteins, only the increase in corn syrup and a decrease in fiber intake correlated positively with the prevalence of type 2 diabetes.
read more