Causes and Consequences of Pot-Bellies.

POT BELLIES: WHY THE BULGE? 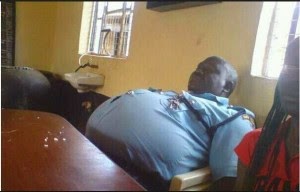 In this article, i’m just going to do an expose on the anatomy of pot-bellies and their causes as well as their consequences (why you should keep is Aas flat as possible). The cure is a whole different story all together which is available on our consultancy option.
Now this festive period a lot of us tend to let go and splurge. The result of this splurge sometimes lasts with us for a very long time bringing us sorrow and regret. One of the consequences is the dreaded “beer/pot bellies”. Ringing all our midsections are two different kinds of fat: subcutaneous and visceral. Subcutaneous, which means “under the skin,” is the fat we can see and pinch – the jiggly stuff most of us lament in our bathroom mirrors. But, surprisingly, we need to worry less about subcutaneous fat than we do the visceral stuff.
Visceral, which means “pertaining to the soft organs in the abdomen,” is the fat stored deep in our abdomens around the intestines, kidneys, pancreas and liver. This is the stuff that tends to make our tummies protrude in classic “beer belly” fashion. While visceral fat and subcutaneous fat look much the same from a surgeon’s point of view (they have the same consistency and yellowish color), they look different under a microscope, and they function very differently on a biological level.
Subcutaneous fat is often described as a “passive” fat because it functions primarily as a storage repository. It requires a fair bit of metabolic intervention from other body systems and glands in order to be processed for energy. Visceral fat, by contrast, is considered very “active” because it functions much like a gland itself: It is programmed to break down and release fatty acids and other hormonal substances that are then directly metabolized by the liver.From the health standpoint there is a difference between the two types of fat as well. Hard bellies place you at greater risk of cardiovascular disease and intestinal disorders. The reason is that the fat is deep inside, pushing against your internal organs and disrupting the normal working of your digestive and circulatory systems.But hard bellies may also be easier to get rid of than soft ones, theorises Spataro, who is also an exercise physiologist. “It may explain why men can lose weight more easily than women. Women tend to store more fat subcutaneously; it is that type of fat that seems to be more difficult to lose”.
When you take a bottle of alcoholic drink and eat, your liver tends to metabolise the alcohol first before the food, by so doing, it hides the real food under visceral spaces thereby making fat store there; this is how pot bellies start out.
Consequences of a Fat Waist Line:
*A point to keep in mind. Any belly raises your cholesterol level and increases your chance of coronary-artery disease. Here is the reason why: your body burns fat continually (but not necessarily as much as you might like). Most fat is absorbed from its storage place directly into your bloodstream, which transports it to wherever it is needed for energy.
Unfortunately, your liver sees this high concentration of fat passing through and responds by producing excess LDL cholesterol (the “bad” cholesterol that blocks up your arteries). Whether that doughnut you just ate winds up as a sub-cutaneous or visceral fat is mainly up to genetics, but for the most part, a poor diet will lead to excess fat of both kinds.
*Excess visceral fat can lead to increased blood sugar and higher insulin levels, and it also generates increased inflammation, all of which are the perfect set-up for diabetes, certain types of cancers and stroke.
*Abdominal obesity is a key risk factor for insulin resistance and “metabolic syndrome.” The chronic inflammation that results from excessive visceral fat has also been linked to heart disease, and a recent Kaiser Permanente study of 6,700 participants showed that people with higher rates of abdominal fat are 145 percent more likely to develop dementia.
*Carrying excess visceral fat “is like trying to pack 7 to 10 pounds of potatoes in a 5-pound bag,” says Silver Spring, Md.–based bariatric surgeon Gary C. Harrington, MD. “There’s no more room for things to grow in there, so it becomes very tight.”
Causes:
Different people experience pot belly for different reasons. Some people may have weakabdominal musclesor they bloat easily. Other people have constipation problems or like to drink too much beer and not exercise. Women who have been pregnant may get a pot belly at random times based on the foods they eat because their stomach muscles have been overstretched and will now bloat more easily.
As you age, your metabolism slows down and that makes it harder to get rid of your pot belly, too. You need to increase your activity level as you get older in order to burn more calories. By burning more calories you can burn fat and eliminate your pot belly.
Weak muscles:
You know how important it is to stretch muscles before and after exercise. But if you have got a potbelly it is partly because your abdomen is being continually stretched. Whether you sit or stand the visceral fat beneath your belly pushes out and weakens the abdominal muscles. These then lose their ability to hold your stomach in place. Over time they continue to stretch and your pot gradually spills even further forward.The same thing can occur if you eat a big dinner just before you sleep (another reason to make breakfast your primary meal). That is because food in your stomach is causing it to rise like dough beneath your belt, pressing against your abdominal muscles from the inside. That is ok when you are awake, you never relax these muscles entirely, but as you sleep your abdominal muscles relax and stretch under the pressure. Filling up before bedtime leaves your belly weaker than ever.

Abdominal fat, like all fat, is produced when we ingest more caloric energy than our bodies can use. And our bodies were simply never designed to withstand such easy access to the kinds of calorie-dense foods available to us today.Food today is not just more accessible, it has been reincarnated in so many heavily processed forms that we are often eating things that our bodies do not recognize as food. Our metabolism is still hardwired to process the hunter-gatherer diet of yore, and when it encounters sugary sodas and snacks that were created in a laboratory and not in a field, it is not able to process or use them efficiently. Instead, our bodies are forced to sock away that stored energy in places – like our midsections – where it does more harm than good.
Stress:
Stress is another major reason some of us tend to pack on excess abdominal fat. As Peeke puts it, when it comes to weight gain, “genetics may load the gun, but environment pulls the trigger.” Peeke, who spent years researching the link between stress and fat at the National Institutes of Health, says that experiencing chronic stress is not only toxic for our bodies but can also beget an expansive waistline.chronic stress resulting from, say, a bad marriage, an illness or career challenges can actually trigger our bodies to produce high levels of cortisol, which, among other things, gives us an intense appetite that causes us to overeat. Even worse, Peeke points out, the weight we gain as a result of sustained cortisol production tends to settle mainly in our abdomens.
Hormones.
Declining sex hormones is another key reason why both men and women start to develop a paunch as they age. Even pear-shaped women, whose body chemistry is mostly governed by estrogen, start to lose their estrogen advantage after menopause and are exposed to increased health risks, says Savard. “When they gain weight after menopause, the tendency is to put on visceral fat,” she says. And if they accumulate enough visceral fat, their body shape “can transform from pear into apple.”

Genetics:
The first part of the equation is the genetics of body shape. Some people are just destined to be “apples,” with an inclination to gain weight in the stomach and upper-body region, while others are fated to be “pears,” who gain weight in their hips, buttocks, thighs and lower legs. It all comes down to your waist-to-hip ratio (WHR), which is the division of your waist measurement by your hip measurement. (For an accurate WHR measurement, relax your abdomen and measure at the navel and around the bony part of the hips.)
If you’re a woman whose WHR is 0.80 or lower, you are pear shaped; if your WHR is higher than 0.80, you’re apple shaped. For men (who, for the most part, are apple shaped, since they are more inclined to store visceral fat), the cutoff is 0.90 instead of 0.80. Many experts now agree that WHR is a better indicator than body mass index (BMI) when it comes to determining someone’s disease risk. Even apples who are currently slender and have a low BMI, could be at increased risk for disease later in life. If you’re a string bean with no obvious potbelly, but your waist-to-hip ratio is more than 0.80, you will tend to have more health problems than pear-shaped people if you gain weight she says. When WHR is greater than 1.0 in men or 0.90 in women, health experts may diagnose the condition as central obesity.
Beer:
Beer also gets the blame because alcohol calories are so easy to overdo. A typical beer has 150 calories – and if you down several in one sitting, you can end up with serious calorie overload. And don’t forget calories from the foods you wash down with those beers. Alcohol can increase your appetite. Further, when you’re drinking beer at a bar or party, the food on hand is often fattening fare like pizza, wings, and other fried foods.
Smoking:
Most ex smokers will tell you they gained weight after they quit smoking. That’s because nicotine speeds up metabolism, thereby burning more kilojoules. It also gives you something else to put in your mouth besides food. So why shouldn’t we pick up a packet of puffers and smoke our paunches away?
The answer is that while smoking may keep your overall weight down, it makes it harder to shed ab flab. (Researchers don’t know exactly why.) “In smokers, there is a preferred loss of fat in the extremities, says clinical pharmacologist Dr. Neil Benowitz, “but minimal loss of abdominal fat”.
Eat from the East: The Chinese don’t get potbellies the way we do. The reason could be that their fat-storage patterns may be affected by their diet, says Dr. A. Scott Connelly, a metabolism researcher. Edible compounds called phytoestrogens (found in plant foods such as soy products, bean sprouts, seeds and nuts) may help distribute fat evenly on the body instead of letting it lump in one place. A diet that is high in phytoestrogens and very low in fat would reduce your risk of growing a pot belly by alot.

An effective therapy to a pot belly is bi-factorial involving both diet and exercise. A correct combination of the right type of food and the right exercises would get you flat in three months at least. Consult us for a diet plan and fitness regimen to get you that flat tummy you so desire at a very meagre rate.
Enjoy With Caution!!
read more