FOOD FOR THE MOOD 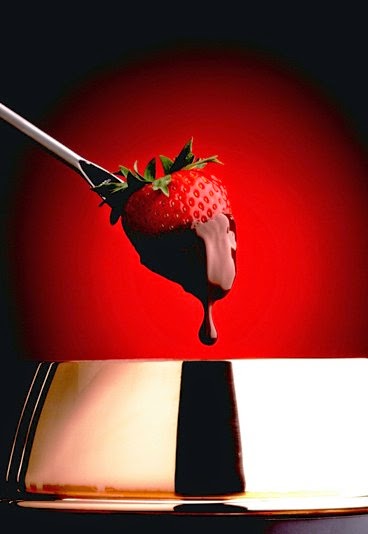 Any of various forms of stimulation thought to arouse sexual excitement. These substances may be classified in two principal groups: (1) psycho-physiological (visual, tactile, olfactory, aural) and (2) internal (stemming from food, alcoholic drinks, drugs, love potions, medical preparations).
It has been suggested that man’s universal attribution of libidinous effects to certain foods originated in the ancient belief in the therapeutic efficacy of signatures: if an object resembled the genitalia, it possessed, so it was reasoned, sexual powers. Thus the legendary aphrodisiac powers of ginseng root and powdered rhinoceros horn.
With the exception of certain drugs such as alcohol or marijuana, which may lead to sexual excitation through disinhibition, modern medical science recognizes a very limited number of aphrodisiacs. These are, principally, cantharides and yohimbine, both of which stimulate sexual arousal by irritating the urinary tract when excreted.
Foods:
One category of foods that were thought to be aphrodisiacs are foods that resemble genitalia. Eggs and caviar may come to mind, as well as asparagus, celery, and onions. Clams and oysters also lay claim to aphrodisiac qualities because of their shape and texture. Oysters, in fact, are high in zinc — a nutrient that was lacking in people’s diets at one time; eating them could improve a nutritionally deficient diet, thus improving a person’s overall health and increasing his or her sex drive.

Hot n’ Spicy:
Spicy foods have long been considered to be sexual stimulants. There is some scientific truth to this claim in that foods that are heavily spiced often contain capsaicin, the active ingredient in cayenne pepper. Eating capsaicin can cause a physiological response — increased heart rate and metabolism, sometimes even sweating — that is quite similar to the physical reactions experienced during sex.
Okra:
Okra is another reputed vegetable of love. Rich in magnesium, it’s a natural relaxant. It’s also full of iron, folate, zinc, and vitamin B, all nutrients that keep your sex organs healthy and happy.
Banana:
By it shape its connection with sexuality is quite obvious, but you’ll also find that bananas are loaded with potassium, magnesium and B vitamins. It also contains chelating minerals and the bromeliad enzyme, said to enhance the male libido.
Chocolate:

Pure chocolate, the king of natural aphrodisiacs, contains a host of compounds including anandamide, the psyochoactive feel-good chemical, and PEA (phenylethylamine), the “love chemical,” which releases dopamine in the pleasure centers of the brain and peaks during orgasm. PEA is said to help induce feelings of excitement, attraction and euphoria. Cacao also contains tryptophan, a key component of the neurotransmitter serotonin known to promote a sense of well-being and relaxation.
Oysters:
Oysters are probably the food most associated with being an aphrodisiac, and most people are aware of their reputation for increasing sexual desire. Oysters may be thought an aphrodisiac because of their high zinc content, which helps produce sperm and increases libido. Raw oysters are best served with a glass of chilled Champagne for a truly romantic meal!
Honey:
Sweet, sticky honey is a great source of boron, a trace mineral that helps the body use and metabolize estrogen, the female sex hormone. Studies have shown that this mineral may also enhance testosterone levels in the blood, the hormone responsible for promoting sex drive and orgasm in both men and women. In addition, honey contains B vitamins needed for testosterone, as well as other nutrients, enzymes and phytochemicals.
Fig:
An open fig is thought to emulate the female sex organs and traditionally thought of as sexual stimulant. A man breaking open a fig and eating it in front of his lover is a powerful erotic act. Serve fresh Black Mission figs in a cool bowl of water as it is done in Italy and be sure to eat with your fingers!
Ginger:

Ginger root raw, cooked or crystallized is a stimulant to the circulatory system. Perhaps a stir-fry with freshly grated ginger can stir something spicy up in the bedroom later.
Red Wine:

A glass or two of wine can greatly enhance a romantic interlude. Wine relaxes and helps to stimulate our senses. Drinking wine can be an erotic experience. Let your eyes feast on the color of the liquid. Caress the glass, savor the taste on your lips. Do remember that excessive alcohol will make you too drowsy for the after-dinner romance. A moderate amount of wine has been said to “arouse” but much more than that amount with have the reverse affect.
Carrot:
Another good reason to eat carrots–believed to be a stimulant to the male. The phallus shaped carrot has been associated with stimulation since ancient times and was used by early Middle Eastern royalty to aid seduction. High vitamins and beta-carotene. Perhaps a justification for a piece of carrot cake? 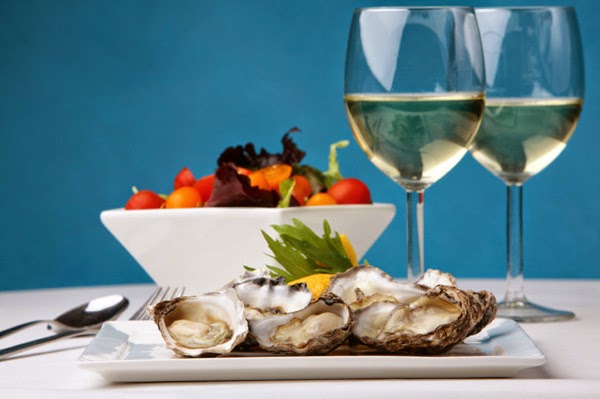 Nutmeg was highly prized by Chinese women as an aphrodisiac. In quantity nutmeg can produce a hallucinogenic effect. A light sprinkling of the spice in a warm pumpkin soup can help spice up your evening.
Coffee:
Caffeine is a well-know stimulant but remember, too much and it becomes a depressant. Serve small amounts of rich dark coffee in special little demitasse cups. Coffee stimulates both the body and the mind so partake of a little in preparation for an “all-nighter.
Warning:

Most of these foods won’t work as fast, dramatically and obviously as viagra but they’d keep you going and give you that mild, lasting and passionate passion that would keep you wanting more in the bedroom.
The mood and mode of serving also matter a lot in their service and delivery to your partner. Set the atmosphere a bit with. Candles, music and all the shinenigans you bad boys use to get the ladies blushing pink and purple.
read more