An expose on wheat an diabetes. 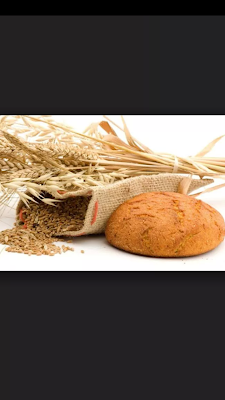 Okay, over the years, diabetics and in fact the public have been inducted into the use of whole wheat in management of diabetes and weight loss. We have seen patients that don’t eat virtually anything if it isn’t made from wheat. How sound is this principle?..Lets see.

1.) The average glycemic index of whole wheat bread is about 71, and we all know anything more than 55 (medium G.I foods) is risky for a diabetic or even anyone on a weight loss diet as it raises blood sugar too high. Now, before u guys get me lynched on fibre content of wheat and how it helps reduce the G.I, let’s not forget that often, the form in which wheat is consumed is highly processed and reduced to flour with negligible fibre content as negated by our garri which is quite high in fiber.

2.) the gluten in wheat has also been strongly connected to cancer. Many studies purport the fact that is cancer promoting.

3.) Gluten’s inflammatory effect on the gut causes intestinal cells to be oxidized and die prematurely.

4.) The lectin in wheat also often ends up in circulation which causes leptin resistance and has a similar effect to insulin (cos well, I found out that they have similar structure). Those two factors could promote obesity as leptin and insulin are the two most important hormones as we know, when it comes to regulating weight and energy balance.

5.) Opioid peptides in wheat have been associated with schizophrenia as symptoms are alleviated with withdrawal from wheat.

6.) wheat germ agglutinin, in recent research has been shown to cause a depletion in vitamin D stores which could lead to deficiency and it’s accompanying issues (which of course includes a weakened immune system and a vulnerability to infectious diseases).

So before u advice that man/woman to go on a full wheat diet for whatever reason, think twice. I mean, i’m nt saying that having wheat every once in a while wld kill but we know that when we advice diabetics/ even hint at any food as allowed, they virtually kill themselves with it. Garri should be allowed in their diet as well as wheat; the watch word of every diabetes management should be LIBERALITY IN MODERATION!..