She always followed a strict diet, walked 11, 000 steps per day, always made sure she steered clear off junks and sometimes even skipped meals and did fasting. But nonetheless, she never dropped a reasonable amount of pounds. She looked so worried as she spoke to her dietitian and it was obvious she wasn’t ready to go into any new diet regime anymore. 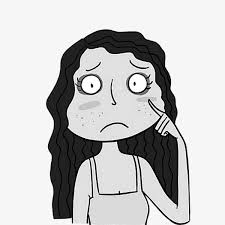 One question, and it was noticed that Mrs. X was a workaholic.

Now lets look closely at how CORTISOL could be a FRENEMY😊 shall we?

Cortisol, a glucocorticoid (steroid hormone), is produced from cholesterol in the two adrenal glands located on top of each of your kidneys. It is normally released in response to events and circumstances such as rising from bed in the morning, work outs and acute stress. It plays major roles in the body functions and also in homeostasis (maintenance of a relatively constant internal environment by the body supoorted by the kidneys).

Cortisol also plays a function in nutrition by regulating energy; it selects the right type and amount of substrate ( carbohydrate, protein or fat) the body needs to carry out physiological activities. Elevated levels of this hormone can possibly have detrimental effects on weight and immune function 😋😊. You dont want to increase its levels, but do you know how its increased? We’ll touch that soon.

Cortisol has a partner in crime 😂😂 called ‘EPINEPHRINE’ also called adrenaline. Both walk hand in hand in the fight or flight response and temporary increase in energy production which sometimes alters biochemical and hormonal balances.

2. There’s hormonal cascade as a result, the adrenals secretes  cortisol.

3. Cortisol prepares the body for a fight-flight by releasing enormous amounts of glucose thereby supplying immediate energy to large muscles.

4. Cortisol inhibits the production of insulin in attempt glucose from being stored.

5. The arteries are narrowed due to cortisol release and the heart rate is increased.

6. The individual resolves the situation.

7. Everything comes back to normal.

This looks like a normal process, but the problem we are faced with is that once we are always overstressed with our fast paced lifestyle, our double jobs, traffic jams and all,  the levels of cortisol keeps increasing and this process goes on and on which can wreak a havoc on our healths.

Repeated elevation of cortisol levels can lead to weight gain. One good way is via visceral storage. Rememberwe said cortisol is produced from cholesterol? It can mobilise triglycerides from storage and relocate them to visceral fat cells (under the muscles, deep in the abdomen).

Another way is the blood sugar- insulin problem. Consistently high levels of glucose followed by insulin suppression leads to starvation of cells. When these cells lack energy, they tend to send hunger signals to the brain. This can lead to over eating, and moreover, unused glucoseis stored up as fat.

Thirdly, cortisol may affect appetite and cravings  by binding to hypothalamus (controls appetite) receptors in the brain.

So Mrs x a workaholic, always caused a surge of cortisol leading to fat storage in her visceral cells.

OTHER POSSIBLE EFFECTS OF CORTISOL ARE:

Inflammation could also be a culprit in increased cortisol levels, so an ‘anti inflammatory diet’ (if theres something like that) could be applied in situations like this, some things has to be restricted on your diet and they are:

2. Alcohol in moderation or not at all.