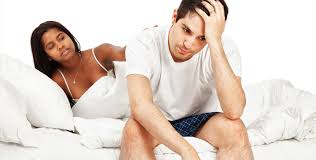 There are several reasons why a good diet can help to prevent and even reverse ED. Eating healthful foods reduces your risk of common vascular problems that are caused by high cholesterol, high blood sugar, high triglyceride levels, and being overweight.

ED is a problem of blood flow, so when you keep your blood vessels in good health, you reduce your risk of ED.

The Massachusetts Male Aging Study found a direct connection between diet and ED. Men in the study who consumed plenty of fruits, vegetables, and whole grains, and avoided red meat and processed grains, were less likely to experience ED.

Erectile health, like heart health, is all about blood flow. Beets are rich sources of nitrate, a form of nitrogen that is transformed into nitrite by bacteria on the tongue. When the nitrite reaches the stomach, it converts into nitric oxide or enters the blood as nitrite. Nitric oxide increases blood flow by dilating (widening) the blood vessels. Since all the oral medications to treat erectile dysfunction work by increasing nitric oxide, it seems to follow that beets may help with ED as well. The more you can do to promote better blood flow, the better your erectile health will be.

The flavonoids (which are potent antioxidants) in dark chocolate have demonstrated an ability to improve blood circulation, as reported in a scientific article in the journalCirculation. The authors said that “abundant evidence indicates that flavanol-rich cocoa acting on nitric oxide synthesis and perhaps degradation has a profound influence on the blood supply of the extremities.” To reap the potential benefits, however, be sure to choose dark chocolate—milk chocolate or even dark chocolate eaten along with milk negates the advantages—and organic when possible.

Ginseng is an herb that has been used since ancient times for various health issues, including erectile dysfunction. In a 2013 animal study, investigators looked at the ability of Korean red ginseng (Panax ginseng) versus ginseng berries to treat erectile dysfunction and found that the latter were more potent. An earlier (2002) Korean study that included 45 men found that taking 900 milligrams of Korean red ginseng three times a day for 8 weeks improved erections.

When you choose lettuce, collard greens, spinach, and other leafy green veggies, you provide your body with a rich supply of nitrates, which help to increase blood flow and improve circulation. By the way, the ED drugs on the market were designed to have the same effect by inhibiting an enzyme that can cause blood vessels in the penis to contract. That’s right, the “PDE5 inhibitors”, as they are medically known (Viagra, Cialis, Levitra etc), all work by inhibiting the contraction of blood vessels caused during an erection. So it also makes sense to promote better blood flow through the foods you eat, and avoid taking expensive, potentially harmful drugs.Although generally we like to promote fresh fruits and vegetables, in the case of tomatoes and their lycopene content,processed is better. (Forget lycopene supplements, by the way which don’t work.) Lycopene is a phytonutrient that helps promote circulation and also supports prostate health, which is an added benefit. When choosing tomato products (e.g., tomato juice, tomato paste, tomato soup), look for organic products. Lycopene is best absorbed when it consumed along with healthy fats, such as avocado and olive oil.

Although watermelon is typically viewed as a summertime fruit, it also can be considered an anytime treat for men who have erectile dysfunction. Watermelon is a great source of an amino acid calledcitrulline, which has been shown to boost blood flow to the penis. Twenty-four men with mild ED took either citrulline or a placebo for one month. When they took citrulline, 50 percent of the men experienced an improvement in erection hardness compared with only 8.3 percent when they took placebo. Frequent consumption of watermelon or watermelon juice could provide a boost to your erections.

Some Other Natural Remedies Currently Under Investigation

One small study also indicated Rhodiola rosea may be helpful. Twenty-six out of 35 men were given 150 to 200 mg a day for three months. They experienced substantially improved sexual function.

Dehydroepiandrosterone (DHEA) is a natural hormone produced by the adrenal glands. It can be converted to both estrogen and testosterone in the body. Scientists make the dietary supplement from wild yam and soy. The influential Massachusetts male aging study showed that men with ED were more likely to have low levels of DHEA. Forty men with ED participated in anotherstudy published in 1999, in which half received 50 mg DHEA and half received a placebo once a day for six months. Those receiving the DHEA were more likely to achieve and maintain an erection.

L-arginine is an amino acid naturally present in the body. It helps make nitric oxide. Nitric oxide relaxes blood vessels to facilitate a successful erection. Researchers studied the effects of L-arginine on ED in 1999. Thirty-one percent of men with ED taking 5 grams of L-arginine a day experienced significant improvements in sexual function.

BEST FOODS FOR MEN OVER 50 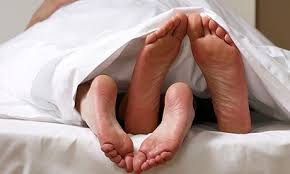 WORKING OUT FOR THE BEDROOM 2 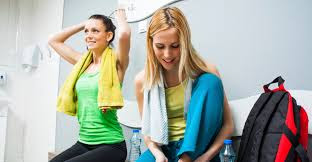 WORKING OUT FOR THE BEDROOM