Uncategorized by Prince on April 20, 2015 add comment The Effect of Hot Water on Sperm and Fertility. 569 views 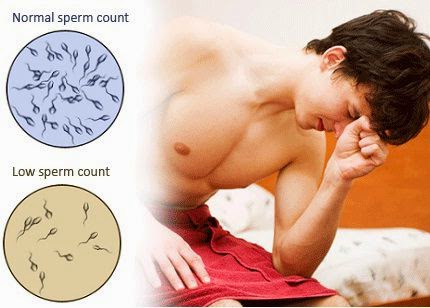 Avoiding extreme contact heat to your extremes will keep your sperm count nice and high. Sperm is best produced when the scrotum is about one degree cooler than the rest of the body. Think for a second about the difference between male and female bodies — ovaries are housed inside a woman’s body, where they’re protected and kept warm. Testicles are outside a man’s body, though, which shows us that their natural preference is to be cooler. If you simply can’t resist a steamy soak, keeping the temperature below 99 degrees Fahrenheit should keep your sperm safe and sound.
The testicle of a man cannot function properly if the testicular temperature is hotter or equal to the temperature of your body. That is why the human anatomy is designed to create a distance between the testicles with the core of the body, which is having a different temperature.
“If the testicular temperature is raised to 98 degrees, sperm production stops. When disturbed testicular sperm can be adversely affected for many months,” said Hal Danzer, MD, a fertility specialist to Los Angeles.
Hot water bath:
There is truth in the myth of bathing in hot tubs can inhibit pregnancy.The hot water is not good for the testicle, and according to a study published in 2007, even soaking in a hot bath for 30 minutes can reduce sperm production.
“Exposure to hot water in the testicles can affect the sperm of a man for a very long time, because sperm requires a lot of time to grow.Exposure to hot water usually takes at least three to nine months to be able to function normally again, “said Paul Shin, MD, a urologist at Washington, DC.
High fever:
High fever can have the same effect with a hot water bath for men. According to a 2003 study, the concentration of sperm production can be reduced to 35 percent when a man suffers a high fever.

The use of a laptop computer:
According to researchers at the State University of New York at Stony Brook, there is a direct correlation between the use of laptops in a certain position with an increase in scrotal temperature to 35 degrees. This temperature increase has a negative effect on spermatogenesis, the process of formation of male gametes. So if you plan to have children, use a laptop to bring to the table.
The wrong trousers:
Difference between the use of underpants are generally not large enough to affect sperm production. “Boxer is better than the memory, if the number of sperm production of a weak man. But perhaps the effect is very small if the number of normal sperm production,” says Dr. Danzer.
However, underwear that is too tight in the long run is a bad idea. Pants that are too tight causing a less favorable environment for sperm production.
Varicocele, enlargement of the veins of the scrotum:
About 15 percent of men have varicoceles, or varicose veins in the scrotum are enlarged, usually in the left testicle. When sperm production is low, your doctor may recommend for varicocele repair, the procedure to correct varicose veins in the scrotum by surgery, or percutaneous embolization not surgery using a catheter.
Although it is not clear, varicocele which may interfere with sperm production, interrupting blood flow, overheating of the scrotum, or cause the return of blood through the blood vessels supplying the testis. Although there is little evidence that fertility improved after varicocele embolization, some doctors believe surgery can improve sperm quality.
The use of mobile phones:
“A 2008 study found that men with the highest mobile phone usage is more than four hours a day, has a sperm count, motility and morphology of the bottom,” said Dr. Shin. Dr. Shin has recommended to keep the phone in a briefcase instead of a pants pocket to limit radiation exposure.

Obesity:
“Obesity has been associated with increased estrogen production, decreased sperm counts, sexual dysfunction and infertility,” said Daniel A. Potter, MD, of Huntington Reproductive Center in California. According to a 2009 study by WHO, testicular function and sperm count in infertile men who are obese are significantly lower than men with healthy weight. But according to another study in the same year suggest that although obesity reduces sperm count, only the extreme levels of obesity that affect male reproductive health.
Unhealthy lifestyle:
“Tobacco, alcohol and marijuana can cause damage to sexual function,” says Dr. Potter. According to research in 2010, alcohol consumption can affect sperm quality and sperm production, while smoking can interfere with sperm motility.
In addition to slowing the movement of sperm, other studies show that smoking may damage sperm DNA and improve erectile dysfunction.
Sperm problems:
According to Dr. Potter, certain physiological conditions that may adversely affect sperm conditions such as obstructions due to birth defects, infections, trauma, or vasectomy, genetic disorders and other factors, such as antibodies -sperm, hormonal imbalance, testicular cancer, undescended testicles, and sexual problems.
How to Increase Your Fertility
If you are experiencing fertility problems,improving your diet is an excellent first step toward remedying the problem, as without the proper nutrients, all of your body systems, including your reproductive system, will not work optimally.
Refer to a previous article of this blog for better clarification.
Tags : The Effect of Hot Water on Sperm and Fertility.
previous article

TOO LATE TO EAT