WINE AND HEALTH: PROVING THE MYTHS 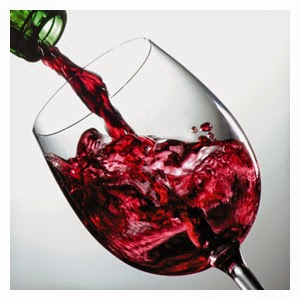 In the Bible, in his first epistle to Timothy, Paul the Apostle recommended a little wine every now and then to help digestion.
Red wine, in moderation, has long been thought of as heart healthy. The alcohol and certain substances in red wine called antioxidants may help prevent heart disease by increasing levels of high-density lipoprotein (HDL) cholesterol (the “good” cholesterol) and protecting against artery damage.
While the news about red wine might sound great if you enjoy a glass of red wine with your evening meal, doctors are wary of encouraging anyone to start drinking alcohol. That’s because too much alcohol can have many harmful effects on your body.
Still, many doctors agree that something in red wine appears to help your heart. It’s possible that antioxidants, such as flavonoids or a substance called resveratrol, have heart-healthy benefits.
What is This resveratrol?
Resveratrol is a compound found in some plants. Plants produce resveratrol to fight off bacteria and fungi. Resveratrol also protects plants from ultraviolet irradiation. Red wine contains more resveratrol than white wine because it is fermented with the skins (white wine is not). Most of the resveratrol in grapes is in the seeds and skin.
The following plants and drinks are rich in resveratrol
*Red wine
*Grapes
*Blueberries
*Raspberries
*Bilberries
*Peanuts
The health benefits linked to moderate wine consumption are mostly due to the beverage’s resveratrol content.
Cholesterol Lowering Benefits
High-fiber Tempranillo red grapes—which are used to make certain red wines, like Rioja—may actually have a significant effect on cholesterol levels,according to a study from the Universidad Complutense de Madrid in Spain.
Healthy study participants who consumed the same grape supplement found in red wine saw their LDL, or “bad cholesterol,” levels decrease by 9% among healthy. Participants withhigh cholesterol experienced a drop of 12%. What’s the big deal? Excess LDL ends up getting deposited in arterial walls and forming plaque, which causes arteries to stiffen and blood pressure to rise, ultimately leading to heart attacks, says Arthur Agatson, MD, an associate professor of medicine at the University of Miami and author ofThe South Beach Heart Program.
Wine and beauty, really?
There is quite a lot of data on the wine and beauty connection. I was surprised at how extensive the data is on wine as an antiaging intervention.
What is it about wine that can help us age and look better?
The mechanism is the antioxidants in red wine. Antioxidants sop up damaging free radicals that play a role in aging and age-related diseases. There is a much higher concentration of antioxidants called polyphenols, including resveratrol, in wine compared to grape juice. In wine, the skin and seeds are part of the fermenting process, but both are removed when making grape juice. I think stress has something to do with it, too. It is difficult to sort out how much of the benefits are from the chemical properties of wine vs. the types of behaviors that wine drinkers tend to have such as less stress in their lives. Wine is part of the Mediterranean diet, which is also rich in freshfruits and vegetables, whole grains, nuts and seeds, legumes, seafood, yogurt, and olive oil. This diet is more of a lifestyle that includes drinking wine with dinner. Studies show that the Mediterranean diet is associated with longer, healthier lives.

Preventing breast cancer:
Regular consumption of most alcoholic drinks increases the risk ofbreast cancer. However, red wine intake has the opposite effect, researchers from Cedars-Sinai Medical Center in Los Angeles found. In theJournal of Women’s Health, the scientists explained that chemicals in the skins and seeds of red grapes reduceestrogenlevels while raisingtestosteronein premenopausal women -which results in a lower risk of developing breast cancer. The authors emphasized that it is not just the red wine that has the beneficial compounds, but its raw material – red grape. They suggested that when women are choosing an alcoholic drink to consume, they should consider red wine. They reiterated that they were not encouraging wine over grapes. The study surprised many researchers. Most studies point to a higher risk of breast cancer from consuming alcoholic drinks, because alcohol raises a woman’s estrogen levels, which in turn encourage the growth ofcancercells.
Rapid Recovery from Stroke:
Professor Sylvain Doré believes that resveratrol in red wine raises levels of heme oxygenase, an enzyme known to protect nerve cells in the brain from damage. When somebody suffers astroke, the brain is ready to protect itself because of higher enzyme levels.
Preventing type 2 diabetes
In an animal experiment, scientists at the Chinese Academy of Sciences discovered that a chemical found in red wine and the skin of red grapes – resveratrol – improved sensitivity to insulin. Insulin resistance is the most important critical factor contributing to type 2diabetes risk. The researchers reported in the journal Cell Metabolism that resveratrol also increased levels of the enzyme SIRT1, which was found to improve insulin sensitivity in mice. Study leader, Qiwei Zhai said thatred wine may have some benefits for insulin sensitivity, but this needs to be confirmed in further studies.
Which wines should you consume to reap the most benefits?
Researchers at the University of California, at Davis tested a variety of wines to determine which types have the highest concentrations of flavonoids. Their results concluded that the flavonoid favorite is Cabernet Sauvignon, followed closely by Petit Syrah and Pinot Noir. Both Merlots and red zinfandels have fewer flavonoids than their more potent predecessors. White wine had significantly smaller amounts than the red wine varieties. The bottom line is the sweeter the wine, the fewer the flavonoids. Dryer red wines are your best bet for a flavonoid boost.
How much red wine should I drink?
A four-ounce glass of wine is equivalent to one serving. Men will benefit from consuming one to two servings per day. Women should consume only one serving per day to reap the maximum benefits. This is not to say that you should start drinking alcohol if you presently do not. Occasional or binge drinkers have higher mortality rates than those who drink moderately on a regular basis. In those who consume three or more drinks per day, there is an increased risk for elevated serum triglycerides (fat in the bloodstream). Long-term, excessive alcohol consumption can damage nerve cells, the liver and the pancreas. Heavy drinkers are also at risk for malnutrition, as alcohol may substitute for more nutritious foods.
Precaution :
While wine consumption appears to be good for the health, drinking too much can lead to depression, mental health problems, cardiomyopathy, arrhythmias, stroke, hypertension, fatty liver, alcoholic hepatitis, cirrhosis, several cancers, pancreatitis, and many other chronic diseases.
Tags : Health Benefits of Red Wine
previous article