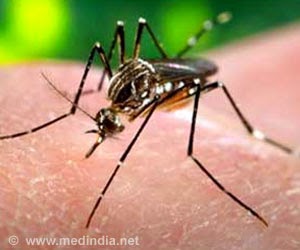 I have been doing a lot of “home remedies” right?..i guess that is what fascinates me nowadays. This piece not only discusses home remedies for malaria, but also sheds insight on some other ailments, such as ulcers. In recent times, the malaria parasite has developed resistance against most malaria drugs including the popular Artemisinin-based Combination Therapy (ACT) – from the Artemisia annua plant. This has made effective treatment of the disease that affects over 500 million people and kills more than two million each year elusive. Naturopaths blame the situation on the isolation of active ingredients from the anti-malarial plant instead of the use of the whole plant. They say the malaria parasite, Plasmodium species, also developed resistance against chloroquine because the active ingredient was isolated from Cinchona bark. However, Nigerian researchers have developed herbal cures for malaria that can take care of resistant strains. They have produced potent anti-malaria cocktails from local plants.
A typical cocktail developed by a plant taxonomist at the University of Nigeria Nsukka (UNN) and Ebonyi State University, Professor Jonathan Okafor, consists of Morinda lucida, Nauclea latifolia, Cymbopogon citratus, Carica papaya leaves, Moringa oleifera, Mangifera indica, Garcinia kola, and Psidium guajava. Seventy-four years old Okafor, told The Guardian that he has successfully used the concoction for the last 25 years to treat malaria. “I have been developing this combination for over 25 years now. I hope to produce it in commercial quantities. I call it ‘malaria destroyer’.
*”To prepare it you get the leaves of Morinda lucida. It is commonly called local cinchona, and Eze ogwu in Ibo. It should consist half of the whole concoction. Mix with leaves of Nauclea latifolia (ubulu inu in Ibo), Cymbopogon citratus (lemon grass), male Carica papaya leaves (pawpaw), Moringa oleifera leaves because of its high nutritional content and immune boosting properties, Mangifera indica leaves and bark (Mango), which boosts red blood cells, Garcinia kola (bitter cola) and Psidium guajava (guava) in equal quantities,” he said.
*The second formula is squeeze the leaves of Goat weed (Ageratum conyzoides) in water. It is called akwukwo nea, osi n’aka or ahenhea in Igbo, imi-eshu in Yoruba, eb-ghedore in Edo, ikpamaku in Urhobo and otiti in Efik. Make it as concentrated as possible. Take one glassful thrice daily for five days. This preparation is excellence for intestinal ulcer.
*Thirdly, bring an equal amount of lemon grass leaves, orange peels and leaves of Brimstone tree (Morinda lucida), boil in a medium-sized pot for 40 minutes. Take one glass thrice daily for seven days.
Oxidative stress has been shown to play an important role in the development of anaemia in malaria. Indeed, increase in total antioxidant status has been shown to be important in recovery from malaria.
The antioxidant activities of four medicinal plants traditionally used in the treatment of malaria in southwestern Nigeria were determined.
The ethanolic extracts of the leaves of Carica papaya (Caricaceae), stem bark of Magnifera indica (Anacardiaceae), leaves of Psidium guajava (Myrtaceae) and the leaves of Vernonia amygdalina (Compositae), were used in the present study. The plant parts commonly used in the locality in malaria therapy were employed in this study. The plants were screened for the presence of phytochemicals and, their effect on 2,2-Diphenyl-1-picryl-hydrazyl radical (DPPH) was used to determine their free radical scavenging activity.
Phytochemical screening of the plants showed the presence of flavonoids, terpenoids, saponins, tannins and reducing sugars. Mangifera indica did not contain cardiac glycosides and alkaloids while, Psidium guajava also showed the absence of alkaloids and anthraquinones. Anthraquinones was similarly absent from V. amygdalina.
Try it, I am quite sure, given evidence of these studies that you’d find those thousands you spend in hospitals and the long waiting lines superfluous. Wonderful weekend to you!
Tags : Herbal and Home Remedies for Malaria
previous article