Uncategorized by Prince on December 7, 2014 add comment Carcinogenic Properties of Suya and How To Avert Them. 725 views 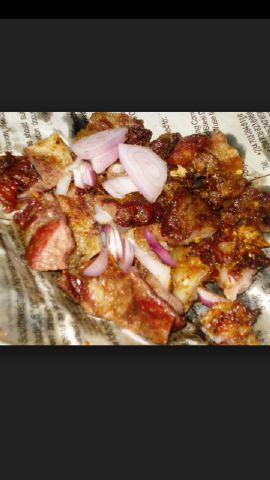 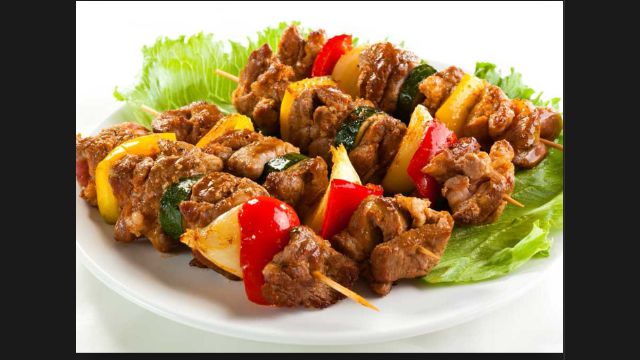 The original plan for today was cabbage; to bring you guys into the light of recent research and ways to consume it but then I stumbled on this article by Prof. Onimawo, a prominent Nutritional Biochemist about how eating suya without cabbage and onions could cause cancer. I was wowed, knowing how much the average youth craves the beef delicacy, so I thought “why not?..lets do this instead”. So here you go!
Suya preparation:
During preparation of suya, the meat is cooked over an open fire, and oils from the meat undergo complex chemical reactions that produce toxins that are carcinogenic (cancer-causing) in nature.
Meat cooked over open flame often causes the formation of toxic compounds known as Heterocyclic Amines, HCAs, which are carcinogenic compounds. The more well-done a meat is cooked, the higher concentration of carcinogenic HCA’s can form.
Explaining that cancer is due to oxidative processes in the body, He said onions are powerful antioxidants that effectively stop the oxidative process triggerred by consumption of suya from taking place,
Further, Onimawo said one of the outcomes of the findings was that women who consume suya, are more prone to cancer (breast cancer) than men because they (women) tend to consume just the suya and ignore the vegetables.
Men eat onions, women eat suya: “This is practically proven. Many young men, take girls out and buy suya to entertain them. Normally, apart from the spices sprinkled on the meat, the suya is served with slices of onions, cabbage and tomatoes in some cases.
“The onion and other vegetables are actually added to act as antidote to the effect of the oil from the suya. Onions neutralise the oxidative effect of the chemicals in the oil and help prevent cancer, but because the young man wants to impress the girl, he will be eating the onions, while the girl eats the suya. At the end of the day he is preventing cancer, unknowingly, while the girl is eating the cancer.
“Much of this information needs to be made more available. I’m not saying suya is bad, on the contrary, it is a great delicacy, but beneficial only when eaten in moderation and along with the onion and cabbage, he stated.”
More concerns
A number of studies support the use of local spices such as ginger, clove, red pepper, black pepper, onion, thyme, oregano and garlic in a meat marinade before grilling also drastically reduce any carcinogens that normally would form on grilled meat.
The suya sauce, a.k.a. Yaji, comprising most of these spices is believed to help ameliorate possible negative effects of the roasted red meat. However, findings link excessive consumption to possible kidney damage.
When meat is cooked in a water base as opposed to grilling, HCAs are eliminated. Meat cooked in a soup or pot will not have carcinogenic HCAs and is a healthier way to cook meat.
Tags : Carcinogenic Properties of Suya and How To Avert Them.
previous article

THE MAGIC OF THE HUMBLE CABBAGE